The coronavirus pandemic is pushing businesses and dwellers out of city centers and downtowns into the outskirts in the short term, but demand can be expected to return to big cities, according to the head of the largest commercial real estate broker in the country.

Hessam Nadji, president and CEO of Marcus & Millichap, on Tuesday told CNBC that it will be a test for suburban areas to accommodate exponential demand. Suburban areas outside of major cities are in high demand, as people migrate from dense urban areas in response to the Covid-19 outbreak.

“I think the next 18 to 24 months are going to show a lot of exodus out of central business districts, as you can expect,” Nadji said in an interview on “The Exchange.” “We’re seeing there’s a lot of office vacancy, for example, in the suburbs that have now been absorbed; there’s a lot of demand for rental homes that we’re seeing because people are fleeing especially hot spots like New York, but ... you just have to keep a long-term view on it.”

Millennials, who now make up the largest cohort of homebuyers, in metropolitan areas have grown more interested in shopping for properties in the suburbs in recent months. Real estate searches in suburban zip codes spiked 13% in May, doubling the pace of urban growth, as the market began to recover, based on realtor.com data.

Some of the largest cities seeing residents migrate to the outskirts include New York City, Seattle and Miami, according to Marcus & Millichap. People are also flowing from primary metro areas to secondary markets such as Phoenix, Salt Lake City and Nashville, Tennessee.

“It was a trend that was starting to happen already over the last two or three years. You have to remember that 60% of millennials are now in their 30s,” Nadji said. “While they really enjoyed the lifestyle of central business districts and the lack of commuting ... we were beginning to see them migrate back out as they were getting married and having kids,” and the “health crisis has really accelerated that pattern.”

Some businesses have followed that migration of residents to the suburbs, opening up satellite campuses for employees who are reluctant to commute in and ride elevators to avoid contracting the fast-spreading disease, Nadji said.

Major metro areas could be on a three-year recovery track, the firm said.

Nadji, however, advises not to count these cities out just yet, pointing back to the rebounding interest of living in New York City after the attacks on the Twin Towers there nearly two decades ago.

To think that people will “permanently” lose interest in central business districts is an “overreaction,” he said, adding that “we are reacting to a health crisis” that should be resolved “at some point.”

“We saw that [demand sap] post 9/11 and those tragedies, of course, because of the reluctance to want to locate in high-visibility high rises in downtown[s],” Nadji explained. “Eighteen to 24 months later, that [concern] began to dissipate. So, it’s a normal reaction. I just don’t think we should count out the long-term prospects of the benefits of central business districts.”

Commercial real estate demand has also picked up in the suburbs as some businesses follow workers into the city outskirts, he said in an interview on “The Exchange.”

The health crisis has sped up the movement of millennials out of the downtown, but demand for central business districts can be expected to return, he said.

If you build it, they will come.

If you destroy it, they will leave.

Can I have that big Real Estate CEO Paycheck, now? ;)

3 posted on 07/08/2020 7:32:54 AM PDT by a fool in paradise (Joe Biden- "First thing I'd do is repeal those Trump tax cuts." (May 4th, 2019))
[ Post Reply | Private Reply | To 1 | View Replies]
To: Diana in Wisconsin
Whether or not the demand for central business districts returns will depend on (1) the continued popularity of work from home and (2) the continued destruction of many city centers by Democrat mayors and politicians.

As an aside, the RE industry expert predictions are heavily influenced by wishful thinking.

4 posted on 07/08/2020 7:36:51 AM PDT by RoosterRedux
[ Post Reply | Private Reply | To 1 | View Replies]
To: Diana in Wisconsin
To think that people will “permanently” lose interest in central business districts is an “overreaction,” he said, adding that “we are reacting to a health crisis” that should be resolved “at some point.”

I don't think the virus is the major factor. It's the lawlessness that the cities have allowed, coupled with the realization that "I can live anywhere and work and shop without dealing with crowds".

Most Normal people no longer need the cities.

Exactly.
This is what killed large portions of Detroit.
Liberal friends of mine are leaving San Francisco for good.
Too bad they are bringing their crazy ideas with them.

we are reacting to a health crisis” that should be resolved “at some point.”

Has this guy had his head in the sand for the last several months?

7 posted on 07/08/2020 7:43:24 AM PDT by VanShuyten ("...that all the donkeys were dead. I know nothing as to the fate of the less valuable animals.")
[ Post Reply | Private Reply | To 1 | View Replies]
To: Diana in Wisconsin
There are cities throughout the Rust Belt in particular that never recovered from the riots in the 1960s. They were already in decline mostly due to not being able to keep up with infrastructure changes (highways, rail access, etc.).

It is not coincidence that this Wuhanic Plague fiasco was pushed by failed Democrat states who have no ability to join in the surging economy under President Trump since 2016. The failed Democrat cities only survived as long as they did because they could vote to keep everyone else at the same crappy level (like Communism).

Fiber optics, the personal computer, and satellite connectivity are finishing off what the automobile started. Tick tock. 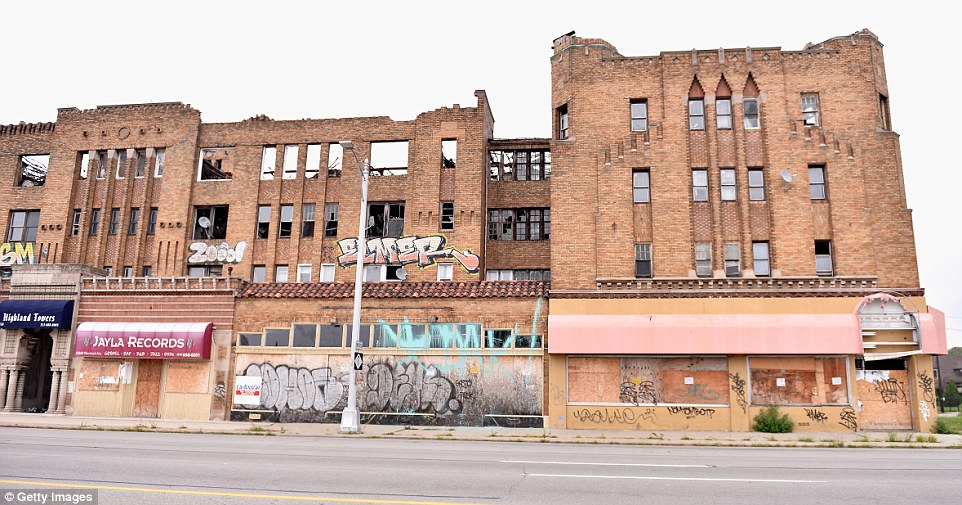 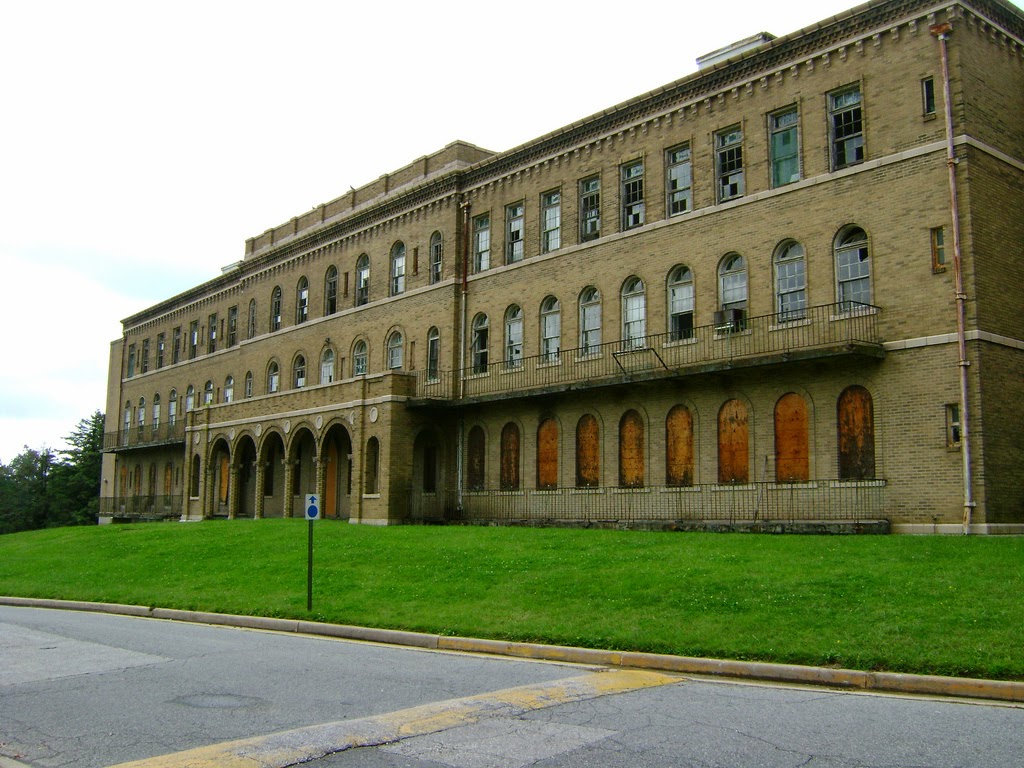 The effects of the riots, looting, burning and police cutbacks will last 50 years.

Richmond, VA will help lead the way. Taking away every trace of a very rich civil war history and doing it in such a vicious way leaves us with nothing. The restaurants are already closing up and suffering losses. Only problem is I’m sure most, especially the little specialized “foodie” places voted for it.

No mention of the riots...

Doubtful, Kung Flu is getting people out and in 2-3 years the escalating crime rates will keep them out.

16 posted on 07/08/2020 8:00:20 AM PDT by central_va (I won't be reconstructed and I do not give a damn...)
[ Post Reply | Private Reply | To 1 | View Replies]
To: Diana in Wisconsin; All
Not one mentions the the BLM thugs and mobs, looting, burning and violence, including murder, of the local business people. The corona virus is just an added hinderance, not the sole reason.

Don't these people get "it" yet?

Black Lives Matter isn't about helping blacks get equity. It has nothing to do with black lives, other that using the name as a ruse for their ulterior motives.

BLM is a self-avowed Marxist organization who want a communist overthrow of our government "by any means necessary".

Including, by their own admission, "burning the country down".

Let's stop pretending we don't know who and what these thugs are about. And it's not about black lives.

The corona virus has nothing to do with businesses leaving the central business districts. Mobs of domestic terrorist do.

3 decades of unbridled LEGAL immigration, offshoring and globalism has had a huge negative impact on society. The globalist Free Traitors™ unleashed a torrent of problems and we will be socialist country because of it. Free Traitors ™ will rot in hell.

The only part of Richmond that could be considered beautiful WAS Monument Avenue. Now an ugly city got uglier.

19 posted on 07/08/2020 8:06:01 AM PDT by central_va (I won't be reconstructed and I do not give a damn...)
[ Post Reply | Private Reply | To 12 | View Replies]
To: T.B. Yoits
There are cities throughout the Rust Belt in particular that never recovered from the riots in the 1960s. the unnecessary and stupid offshoring of manufacturing over the last 3 decades.

Fixed it. Now it reflects reality.