Director David Ayer responded to backlash over the alleged 'brownface' casting of Daytime Emmy winner Shia LaBeouf as a 'Cholo' gangster in his upcoming movie, The Tax Collector. MO

'Shia is playing a whiteboy who grew up in the hood,' the 52-year-old filmmaker - who boasts 479K Twitter/Instagram followers - explained.

'This is a [half-Jewish, half-Cajun] dude playing a white character. Also the only white dude in the movie.'

The 34-year-old Echo Park native wore a three-piece suit in the trailer depicting his character as a 'terrorizing devil' collecting 'taxes' for a crime lord called Wizard.

Ayer spent all Wednesday evening defending casting a white man at the center of yet another movie reinforcing stereotypes about Latinx and African-Americans in gangs. 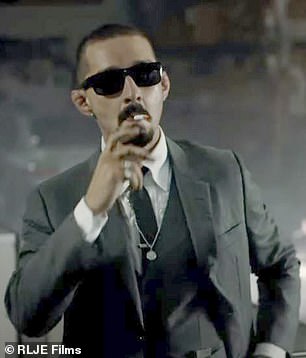 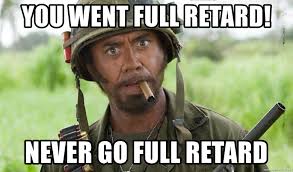 Will they outlaw the instant tan stuff?

Trump will be doxxed!

Shut down all presentations of Hamilton. Hamilton and most all of the the people portrayed in it were white. That is offensive.

David Ayer is a good director. If one judges Ayer by his films, it cannot be said that he is anti- American. He creates gritty reality based films at the street level including End Of Watch and Harsh Times, as well as my current favorite WWII movie Fury.

Can’t wait to not see this.

Why don’t we just get to CGI and forget the actors altogether?

What happened to old Shia and his insane protests against Trump? I guess attention whoring just didn’t work out for the attention whore.

For ‘modern’ trace back, go to the ads when if one didn’t really smoke Camels or Chesterfields etc or use whatever product it was ‘unethical’ to get paid to ‘pimp’ the product.

I’ll pass on anything he’s in. Just too far over on the creep meter.

I am going to guess that if you produce an animated feature, only black cartoonists will be allowed to draw black characters. My best friend is a reasonably well known artist here in the mid-west. Years ago, maybe even 30 years, he was criticized by a black artist because he had done a respectful painting of an african-american subject, claiming it was “racial misappropriation. “White people shouldn’t be allowed to paint people of other races.” These racial diversionists are insane.

Say what you will about his mental state, but he is an excellent actor IMHO.

Any effort to cast Shia Lebeouf as a tough guy is destined for failure.

Ok, Let's go with it.
Now, let's do something about the play 'Hamilton'.

Like Joachim Phoenix, and Christian Bale somewhat, crazy can be a powerful tool for these guys.