Every life unjustly killed deserves justice. In the cause to make things right, I will not join a movement that has nearly everything wrong. More innocent lives have now been killed (#BlueLivesMatter, too) since these predominantly violent protests began over George Floyd’s horrific death. What about the black lives killed in this nationwide chaos? Do they matter?

“Well, you don’t have to agree with everything. Just pick out the good things in the #BlackLivesMatter movement,” I’m told. Really? Let’s apply that same logic to another example. I’ve been repeatedly approached to partner with New Black Panthers in anti-abortion billboard campaigns. We agree on the violent injustice of abortion, and that’s it. Our worldviews are diametrically opposed. But, but, but they believe unborn lives matter! That doesn’t matter. Their mission is not my mission. I cover all of this in-depth in my new podcast, Life Has Purpose.

Yes, #BlackLivesMatter. But Truth matters. As a Christian, the Church should be leading on these issues instead of sheepishly following a movement hostile to the Gospel.

The founders of the movement, the #BlackLivesMatter Foundation (BLMF), created it to radically shift culture. The far-left Ford Foundation, the world’s largest population control organization, vowed in 2016 to raise $100 million for the Movement for Black Lives (MFBL) — a nationwide coalition of BLM groups (including BLMF). MFBL released a shocking manifesto of policy positions that are deeply political and deeply disturbing.

Drawing mostly from those positions, here are the top ten reasons why I will never support the #BlackLivesMatter movement.

1. The premise isn’t true. According to the FBI’s latest homicide statistics, I’m eleven times more likely to be killed by someone of my own brown complexion than a white person. Also, a comprehensive 2019 study concluded: “White officers are not more likely to shoot minority civilians than non-White officers.” Every loss of life is tragic, but Washington Post’s database on police-involved deaths puts things into context. In 2020, among those killed were 76 black males and 149 white males (whose deaths are don’t get reported by national mainstream media). Only nine black individuals were actually unarmed.

2. There is no goal of forgiveness or reconciliation. None. It’s never mentioned on their sites. You can’t talk about the sins of the past and expect to move forward if there is no intention of forgiveness. I’m tired of the color-based oppressed/oppressor critical race theory paradigm. It’s not Gospel-centered. This should, immediately, be a deal-breaker for Christians.

3. It’s all about Black Power. It’s plastered all over the MFBL website. BLMF founders explain their “herstory”: “It became clear that we needed to continue organizing and building Black power across the country.” I don’t promote social colorblindness; I love all of our diverse hues of skin. But I’m so much more than my pigmentation. Martin Luther King promoted “God’s power and human power.” I’m with him.

4. They heavily promote homosexuality and transgenderism. “We foster a queer‐affirming network. When we gather, we do so with the intention of freeing ourselves from the tight grip of heteronormative thinking.” I’m not embracing confusion. The Bible is unambiguous about sexuality. Loving every human being is not the same as loving every human doing.

5. They completely ignore fatherhood. From BLMF: “We disrupt the Western-prescribed nuclear family structure requirement by supporting each other as extended families and ‘villages’ that collectively care for one another, especially our children, to the degree that mothers, parents, and children are comfortable.” Well, every “village” that has fatherless families is a village that suffers higher crime rates, higher drug usage, higher abortion rates, higher drop-out rates, higher poverty rates, and so much more. #DadsMatter.

6. They demand reparations. Ok. Sooooo, I guess the white half of me will have to pay the black half of me? If progressives want to push reparations, start with the Party of Slavery and Jim Crow — the Democrat Party! Let them ante up. But the #BlackLivesMatter movement bizarrely demands: “Reparations for…full and free access for all Black people (including undocumented and currently and formerly incarcerated people) to lifetime education…retroactive forgiveness of student loans, and support for lifetime learning programs.” Uhhh, good luck with that.

7. They want to abolish prisons and police forces. And…cue utter chaos. MFBL asserts: “We believe that prisons, police and all other institutions that inflict violence on Black people must be abolished…” Defund and remove the police have been rallying cries. That would be anarchy in any community. I advocate some needed police reforms, including more accountability and better community/police relations, but this is just foolishness.

8. They are anti-capitalism. Oh the irony of this declaration made by a movement that is the result of capitalism: “We are anti-capitalist. We believe and understand that Black people will never achieve liberation under the current global racialized capitalist system.” The videos that make us aware of police brutality are captured on phones that are a result of capitalism. The best way to elevate people out of material poverty? Capitalism. This system is why the United States is the most charitable nation.

9. Colin Kaepernick supports it. A “biracial” adoptee, Kaepernick is now obsessed with his “blackness.” He idolizes the late murderous Fidel Castro and Che Guevara and worships Malcolm X (just see his social media feeds). Malcolm X was anti-integration, pro-violence and a member of the virulently racist Nation of Islam (who forced him out). Kaepernick makes millions from Nike — a company whose entire Executive Leadership Team is white (isn’t this white supremacy???) — that makes its shoes in the most murderous regime in the world. Kaepernick, of course, is completely silent on that. But you know, #SocialJusticeWarrior.

10. Apparently, not all black lives matter. Pro-abortion BLMF declared: “We deserve and thus we demand reproductive justice [aka abortion] that gives us autonomy over our bodies and our identities while ensuring that our children and families are supported, safe, and able to thrive.” Aborted children don’t thrive. BLM groups announced “solidarity” with “reproductive justice” groups back in February 2015. You cannot simultaneously fight violence while celebrating it. 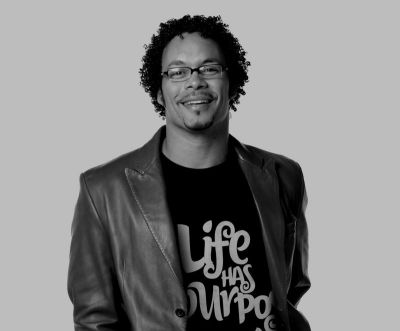 “They” say if you disagree than you are discounting blms. I say if “they” disagree with ‘all’ lives matter “they” are discounting anyone but themselves. Still waiting on picture postcards from the place that is better to live. Crickets.........

Three reasons I will never support any of this crap.

That’s why when Ellen DeGeneres recently stated support for people taking the anti-police stance she said “persons of color.” she was attacked.

Agree. Let them collect reparations from the real perpetrators: The Democrat Party.

BLM built on a lie and and existing to perpetuate the lie.

They want a black minority government and black control of all businesses, entertainment, sports and schools. Everything. Reverse apartheid. It is constantly so stated by BLM.

Was put back in Facebook jail. #AllLivesMatter is considered racist hate speech...

If anyone ever asks me if “Black lives matter” I am going to ask them if ALL black lives matter. Checking about Clarence Thomas would probably get the strongest response. Hopefully I will never be around anyone who asks me that question.

Michael Brown was a justified shooting. His selection as poster child for BLM was based on a lie.

George Floyd’s death was not justifiable. The use of restraint techniques against him may have been justified, if he was resisting arrest, prior to the video we’ve seen. But the justification for them ended when his resistance ended.

I don’t see much similarity in the two cases.

14 posted on 06/07/2020 9:25:33 AM PDT by jdege
[ Post Reply | Private Reply | To 1 | View Replies]
To: SeekAndFind
Black Lives Matter is a corporation, complete with a CEO and just another player in the Grievance Industry. The hypocrites mouthing off against "big business" choose to ignore this reality.

Would be interesting to sue Black Lives Matter for damages after they've yelled fire in a crowded theater.

Support for BLM ... I see the younger generation seem to be the supporters... their reasons are flimsy at best.

They keep saying the riots/protesters are in response to George Floyd’s death. It’s long past that reason... this is a power grab by those you see on the streets and the ones destroying store after store.... enjoying the week of destruction and getting by with it...stealing what is inside.

I checked in at Etsy forum again to see what was going on in their minds after the banner was put on all our stores by the CEO and the email he sent out. The younger live in a gray world.. fence riders.. giving pass to all transgressions... and I find it disappointing.
The older generation has a different stance... there is more expectations of doing things right and finding fault with what is going on today.

What I have seen on TV is wrong... I don’t care what the reasons are or how bad something is.... to take over cities and destroy businesses.... with no regret... I find it disgusting and unacceptable!

I’ve had experience with a woman policeman who had no heart and rude as hill... on purpose.... and I understand being seen as guilty with no reason. I suggest the attitude has a lot to do with how to deal with a police. They are apt to react quick to a rude attitude. The best thing is to cooperate.. you are not the one with the badge.

And to be out on the streets in all hours... not wise.. and asking for trouble. The company you keep...
IF I ever had a complaint, my grandmother’s (who raised me) first question was “what did YOU do?” she held me responsible before I had a chance to declare innocence. Fair and just.

The path that has been laid is the fault of those who laid that path.. and the democratic party helped to keep that path rough and broke.... for votes.

Look around and make something of your lives.. don’t settle for can’t.

I’ve been wondering....if America is soooo racist...why does almost Everyone want to come and live here?

>>>Three reasons I will never support any of this crap.

So are you saying that there is a systemic problem with policing in this country?