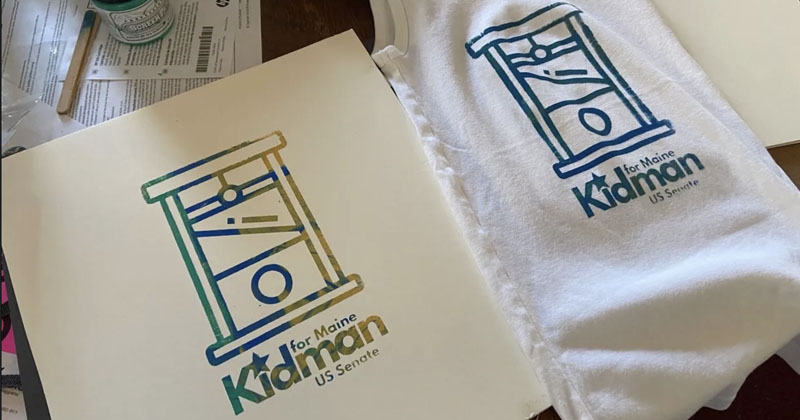 A Democratic Senate candidate has unveiled the guillotine as her campaign’s new logo to symbolize the “very serious problems with our government” that must be addressed “before a violent uprising becomes inevitable.”

Bre Kidman, the Senate candidate of Maine challenging Susan Collins in November, and a self-described “non-binary” socialist, said the execution apparatus was the perfect symbol to represent her party’s upcoming war with the Republicans and the wealthy.

“We’re not going to start a guillotine in Monument Square (in Portland) and start beheading people,” Kidman told the Portland Press-Herald last week.

“It’s a symbol of the work we have to do to overcome flaws in our system – flaws that have become deeply evident in the last few weeks,” she added, presumably referring to President Trump’s acquittal by the Senate.

Kidman also explained that the guillotine, used for the Reign of Terror during the French Revolution, was chosen as a reminder that a “violent uprising” would be inevitable if Democrats failed to push their socialist agenda through.

“A guillotine t-shirt reminds others about it in hopes that we’ll all be motivated to address the very serious problems with our government before a similarly violent uprising becomes inevitable,” said Kidman, who recently endorsed Sen. Bernie Sanders for president.

As we reported, the far-left is determined to bring violence to the streets should they fail to enact their extreme socialist agenda.

“Germany had to spend billions of dollars re-educating...

If a Republican candidate for U.S. Senate ran with this or say a rope about Obama or Clinton.... He would be gone in a second.

Will the Democratic Party disavow?

Here are the Tweets.

“I’m aware of the French Revolution, and how the story ends. A guillotine t-shirt reminds others about it in hopes that we’ll all be motivated to address the very serious problems with our government before a similarly violent uprising becomes inevitable.”

“More of a “what.” The guillotine is for the plutocratic & kleptocratic norms that have undermined our democratic process.

We have to develop ways to subvert the stranglehold of wealth on our government. There will not be a more convenient revolution. The symbol is a reminder.”

Here is another Bernie Sanders campaign op calling for putting all Republicans in “re-education” camps.

These people are dangerous.

I agree. A guillotine is a symbol of the work we have to do. 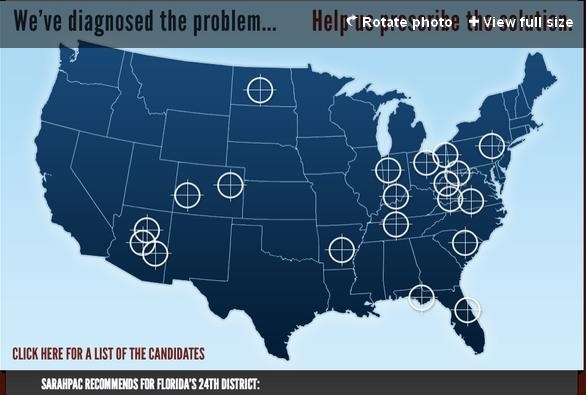 They are dangerously insane.

I forgot about that.

Nine out of ten headless Frenchmen say that the guillotine is the best means of decapitation.

Paste her face in the circle.

Seriously? Really? What a moronic thing to do!

Once GOD snatches away all the Believers since The Day of Pentecost, the ones whom Jesus knows, the tool of this addled female will be a prominent social justice measure, to rid the earth of those stragglers who will not take the Mark this female will embrace eagerly, the Mark of The Beast, the evil one.

Won’t fit in the guillotine either.

Will the Democratic Party disavow?

do you know how the leftists have been able to destroy so much of the US we know and love?

BY HIDING WHO THEY REALLY ARE

now, their media-fuelled hubris has encouraged them to come out in the open.

we should encourage that; everyone needs to know who these skunks are, and what they stand for.

Shes right but not for the groups she thinks ought to be under there.

Why make a mess when so many good lampposts are all over?

The biggest government killers of their own citizens.