The head of the largest U.S. energy industry group on Tuesday warned that Americans risk choosing the “wrong path” in the 2020 presidential election if they vote for a candidate seeking to fight climate change by banning drilling.

The chief executive of the American Petroleum Institute said such proposals from Democratic candidates seeking to unseat Republican President Donald Trump pose a threat to the economy, and urged a room filled with nearly 800 energy executives to push back against them.

The industry group also announced a multi-million dollar advertising campaign, focused on U.S. political swing states, that bills the oil and gas industry as a leader in cutting greenhouse gas emissions through improvements in technology.

“We know many candidates now are talking about this industry and we want to make sure the American people hear our story,” said API President and CEO Mike Sommers.

U.S. Democrats hoping to run against Trump in November’s election have vowed to rapidly shift the country away from planet-warming fossil fuels if elected to help avert the worst impacts of global climate change.

To do so, several candidates here have promised to end new drilling on public lands, and some have proposed a national ban on hydraulic fracking - a controversial drilling technology that pumps water and chemicals into rock formations to access petroleum deposits. 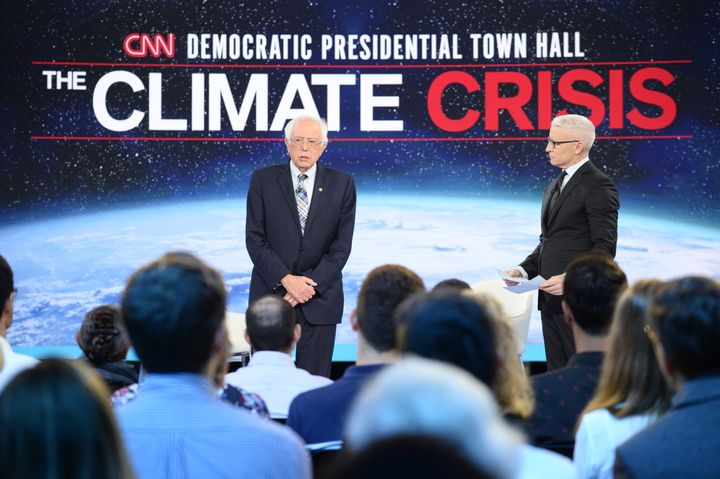 Then why do oil companies endorse and adopt all the other progressive policies while being threatened with prosecution.

This is the age old struggle between Liberty and tyranny.

I do not understand why some people always have this lust for power over other people. Yet every age in history has them. An in every age the tyranny always tries to use a fake crisis to scare people into trading liberty for a fake sense of security.

That is what this is. “Climate change” is a manufactured political movement designed to scare voters into trading their liberty from a fake sense of security from a made up threat. The Communists used the “wreckers” for the Nazis it was “the Jews’, now it is “climate change”.

Democrats pose a threat to the country, period.

other progressive policies while being threatened with prosecution.

Look up cause and effect. Mr. Sun is expecting a call.

Ironically this will increase CO2 emissions. As the price of oil increases, more energy intensive methods of extraction can be financially justified. Even carbon taxes increase CO2 emissions because the government plans on spending them, quickly, and then some, as inefficiently as possible. Spending money is the same thing as consuming energy. Pretty much the only way to really reduce CO2 emissions is by going 100% orthodox Amish, Pol Pot style.

Oil companies support everything progressive while Bernie and some others want the same execs jailed.

So where’s the problem.

Start cutting humorous ads showing people living like the folks in the 1800s if it weren’t for energy. Our side needs to start jerking our knees instead of engaging in bow-tie policy debates with people whose objective is to destroy our way of life.

We can’t really say we’re not dependent on middle eastern oil until we can ensure eco nazis are no longer a threat to our independence at home.

You get brilliant ideas like bands on plastic straws , which I don’t quite understand because I can still get straws everywhere

You get a giant bloated unions in bureaucracies where people get paid $100,000 a year to show up for meetings twice a year

But so far all say new Jack booted thugs knocking down my door and taking my children in the middle of the night!

13 posted on 01/09/2020 9:33:11 AM PST by Truthoverpower (The guv mint you get is the Trump winning express !)
[ Post Reply | Private Reply | To 5 | View Replies]
To: akalinin; ImJustAnotherOkie; MNJohnnie; beethovenfan; KC_Conspirator; gathersnomoss; Reeses; ...
Professional commie organizers are attempting to make this crap look like a 'youth movement'... and a groudswell of 'concern'... it's commie crap paid for by the usual suspects... People are HIRED to protest then the gullible fools in the press are told it's a real protest by young people. Instead these kids are working low paying cult like jobs... check out link - - this is how professional 'organizers' work. Here's how they recruit.

Sunrise itself has direct ties to the divestment movement. Prakash led her campus’s UMass Fossil Fuel Divestment campaign for two years and later worked for the Divestment Student Network (DSN) coordinating various divestment campaigns throughout the country. DSN is a project of the Alliance for Global Justice, which has received grants from 350.org and the George Soros-backed Open Society Foundations, and also has ties to Occupy Wall Street.

“Start cutting humorous ads showing people living like the folks in the 1800s if it weren’t for energy.”

Show a commercial pulling away from a photo of a wall thermometer inside a house at 40 degrees and a woman on a bed under 6 blankets and teeth chattering. Better yet show the pet dog shivering on the bed.

Exactly Right. IMHO the dimoKKKRATS are trying to protect their Arab buddies. 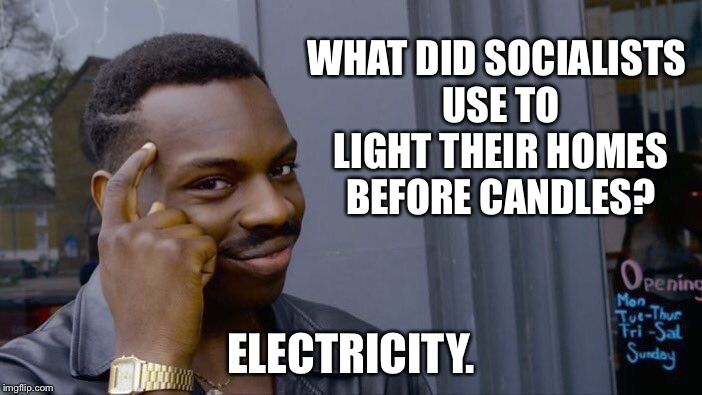 I wouldn’t be surprised to find the the big whigs in all oil company HR teams support it in its entirety. HR is the modern day Nazi party.