Sharyl Attkisson explains why one FISA warrant on one person can lead to spying on thousands of people
American Thinker ^ | December 21, 2019 | Thomas Lifson

The genuine magnitude of the FBI spying on the Trump campaign (or Adam Schiff’s getting ahold of the phone records of journalists and fellow representatives) was far greater than most people realize, reading or hearing about a FISA warrant to spy on Carter Page. Many people naturally presume that an operation to trample on the rights of one man – even an Annapolis graduate who served as a source for the CIA – was bad, but not a major spying operation. After all, Page was not a top-level campaign advisor but an unpaid volunteer. So, what’s the big deal?

Believe it or now, intelligence agencies can use one legal wiretap to monitor as many as 25,000 people for which there was no wiretap justification.

Through a single warrant, government agents can capture phone calls, texts, emails and bank records from people “two hops” away. That means all of the suspected spy’s direct contacts— “one hop” —and everybody who contacts those people or even visits their Facebook pages or websites—two hops.

This whole thing is a giant rotten onion that you have to peal away one rancid skin after another. The question is, how far are you willing to peal? It should be understood that “the One we’ve been waiting for” is at the center.

To believe that candidate Donald Trump was the only republican candidate spied upon is foolish, stupid actually.

The order was given by Barack Obama.

The whole corrupt cabal must be exterminated. Imprisoned is but a temporary measure that is in the long run of history, totally inadequate

No mercy, No quarter

“Proud to be an American, where at least I know I’m free...”

Yea, right! It floors me that people will vote for leaders that enact policies to slowly clamp down on liberty and freedom.

We’re not quite as bad as Britain...yet, but it’s coming.

“””””To believe that candidate Donald Trump was the only republican candidate spied upon is foolish, stupid actually.”””””

It’s a safe bet to believe hussein and hillary have been spying for a long time. Does anyone think they didn’t spy on the 2012 candidates?

hillary put in a private server in her home for a good reason.

Read this if you want an education....

The right of the people to be secure in their persons, houses, papers, and effects, against unreasonable searches and seizures, shall not be violated, and no Warrants shall issue, but upon probable cause, supported by Oath or affirmation, and particularly describing the place to be searched, and the persons or things to be seized.

That was Bill’s server.

Here’s one for ya. ALPRs - Automatic License Plate Readers.
The state can track you coming and when you’re going.

As the state puts it, when you travel down the public right of ways, you have no reasonable expectation of privacy.

I think the main reason was to hide the subscription sale of classified information and other goings on related to the Clinton Foundation. You subscribed to the ability to hack into her server by donating to the Foundation.

According to the USA Today (10 Dec): “A FISA warrant is the nuclear bomb of searches, authorizing the FBI “to conduct, simultaneous telephone, microphone, cell phone, e-mail and computer surveillance of the U.S. person target’s home, workplace and vehicles,” as well as “physical searches of the target’s residence, office, vehicles, computer, safe deposit box and U.S. mails,” as a FISA court decision noted.” 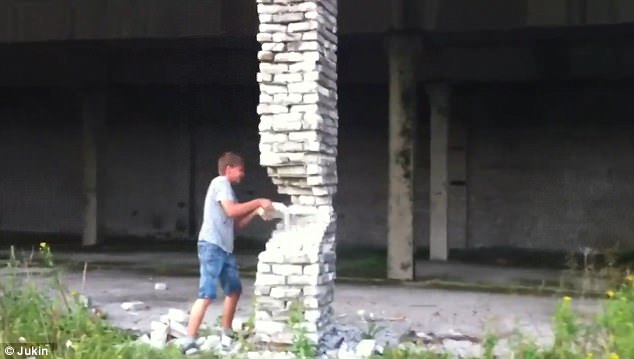 13 posted on 12/21/2019 6:34:10 AM PST by a little elbow grease (... to err is human, to admit it divine ...)
[ Post Reply | Private Reply | To 10 | View Replies]
To: george76
I am still disgusted that Republican politicians and media have not made the “two-hop” nature of a FISA warrant understood by every American. Every time they mentioned “FISA warrant on Carter Page” without also mentioning its widespread snare, they lost an opportunity to educate Americans. All should be outraged at what a FISA warrant allows. .

instead, the left is still mocking Trump for saying that he was “wiretapped”.

To believe that candidate Donald Trump was the only republican candidate spied upon is foolish, stupid actually.

The order was given by Barack Obama.

With some digging, I’d bet there’s evidence out there the Obama Admin spied on Romney’s 2012 campaign. When criminals “get away” with illegal behavior, they tend to repeat the illegal behavior until caught.

The FBI is the new CIA. Governments broken and changed daily.

Secret courts have no place in America.
The secret judges should be charged with felonies.

Please give the credit and click to Sharyl Attkisson rather than the site that regurgitated her original article.

Abuse Uninvestigated: Spying on 25,000 in speculative because exactly what was gathered under the Page FISA warrants has not ben reported.

It appears that Horowitz excluded review of data collected except that which his staff decided was pertinent to Russian Collusion. Thus domestic political spying was by design NOT INVESTIGATED. Maybe some occurred, maybe some didn’t. Until there is a thorough, impartial analysis of everything collected AND WHAT WAS DONE WITH IT AND BY WHOM, the FISA investigation is not finished by a long shot.