Man who stole $88,000 from bank vault caught after he flashed stacks of bills on social media
CNN via KCRA Sacramento ^ | December 14th, 2019 | By Chauncey Alcorn

CHARLOTTE, N.C. — If you're systematically stealing money from a bank vault, it may not be a good idea to post the evidence on your social media pages.

A bank employee in Charlotte, North Carolina, allegedly stole $88,000 from the bank's vault, according to a release from the United States Attorney's Office, Western District of North Carolina.

And he wasn't bashful about advertising to his social media followers the life of luxury he was funding.

The release said a criminal indictment was unsealed this week in federal court after the arrest of Arlando Henderson, 29, by the FBI in San Diego. The unsealed indictment alleges Henderson stole cash out of the vault in separate allotments on at least 18 different occasions this year.

"Throughout July and August 2019, Henderson used a social media account to post several pictures of him holding large stacks of cash," according to the release.

He then allegedly committed "loan fraud in connection with the purchase of a luxury automobile," it said.

Henderson's numerous Facebook and Instagram photos depict him posing with stacks of cash, and the U.S. Attorney's Office says he used the money to make a $20,000 down payment on a new Mercedes-Benz.

What kind of a Mickey Mouse watch is he wearing?

A few years ago there was an engineer who got fired from where I started not long before.

The guy was canned for selling company bought stuff on eBay. He not only used his real name on eBay but he also had a photo of himself and his one of a kind classic car proudly displayed.

Still in business locally somehow is a known wrongful appropriator that has scammed brazenly for decades. There is no telling how much high dollar stuff he has made off with over a few decades.

A lot of us know what he does and some in management as well but yet the guy skates.

And he looks exactly like you would expect him to look, dumb as a sack of hair.

Don’t post images from copyrighted sources...we excerpt for a reason.

If he’s posting the facebook, its not a copyright. Figure that out.

Do I really got a axe? 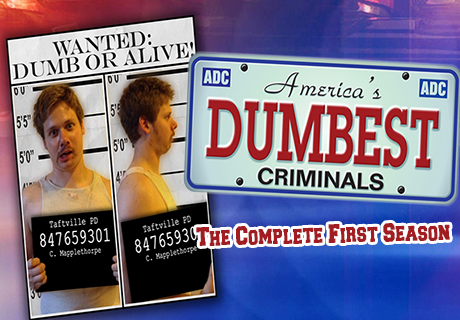 I think we have a new admin ... I think he likes soy burgers.

I saw the images on CNN’s site.

Back when Metro WashDC was first started, early on a clown was arrested for running phony invoices and having dummy companies with checks to himself.

Among his ‘spendings’ were several trips to Vegas with his many ‘new friends’ (once he started flashing money), a collection of vintage autos that Jay Leno would have been envious of, even bought a strip club in downtown DC.
He never hid anything and he reasoned why spend it if you know you will eventually get caught, enjoy it while you can.

OH, the Feds took over the strip club and ‘ran it into the ground...ONLY the Federal Government can run a Bar/Strip Club and lose money.....

You can take it to the bank that he is going to jail. Initial deposit already made.

Stealing only 88k is pretty pathetic. Steal millions if you are going to steal.

Holy mackerel, it took Humper Biden a whole month to make that much money in Ukraine!

“...Should’ve run for office as a Demonrat first and then start embezzling.”

Oh, he still has a great future as a Dem. Alcee Hastings can be his mentor.