Time to start thinking of making a website to run a competition for monument design to honor President Donald Trump. One might think it's best to wait until he's in his 2nd term (which is practically a given) but the discussion needs to start seriously now because he's already done more in 3 years than the past 4 presidents combined. He's risked his life dozens of times, put his fortune and family at risk, sacrificed himself for his country, and never once stopped working harder than any President of our lifetime. He has definitely set a new high to the bar that future presidents must clear. 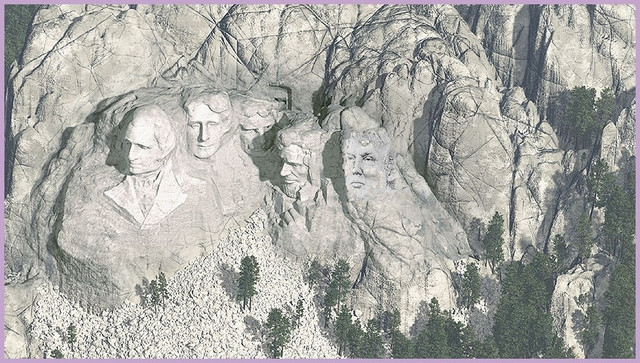 Some preliminary thoughts are the organization that will be advocating and planning should of course be setup as a nonprofit, its website should NOT take donations of any kind but rather pledges that will be called when the National Parks Service gets the authorization to allow contractors to stage crews to chisel and smooth the granite at Rushmore.

The monument design can be open to competition via the website with pledge members voting on which rendering is best and with contractor approval for feasibility.

TOPICS: Culture/Society; Editorial; Miscellaneous
KEYWORDS: chat; monument; rushmore; trump; vanity Navigation: use the links below to view more comments.
first 1-20, 21-38 next last
There have been Anti-Trumpers that push a false story that officials in the National Parks Service at Rushmore have said it's impossible to add another President to the Rushmore monument.

Looking at an overhead photo of the Rushmore National Park, it's difficult to see how that would be true. There is plenty of room for a new profile. 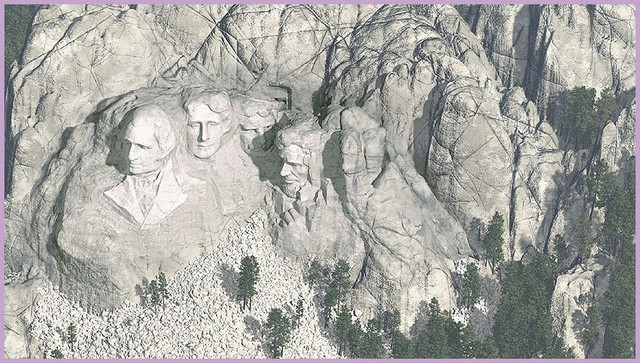 In case you haven't been following closely, there is now a groundswell of all Americans, including a significant portion of Democrats, that are warming and committing to supporting his Presidency. These new converts even hail from liberal havens such as Venice Beach in Los Angeles. The Democrat Party leadership has self-destructed. This is relevant because the 2020 election is shaping up to be a blowout landslide in favor of Donald Trump so it goes that talk and discussion of honoring him will only grow as Americans of all walks of life fall in to support and appreciate him.

I’m thinking with president Trump he is going to need a mountain of his own.

I’m thinking his profile should be on the granite face of the Yosemite Natinal Park, El Capitan or the Half Dome!

No. Leave Mount Rushmore alone. Given the liberals mental state in recent years, putting Trump or another Republican up on Rushmore is likely to see it defaced or damaged. Should Trump make it through two full terms and truly transforms the country, we can come up with some other monument in his honor.

Let him finish his FIRST term before deification begins.

I’m a fellow NYer and VERY proud and Thrilled of the job he’s doing.

But when I see idiots on the board (NOT YOU, YOU DIDN’T) talking SMACK about Ronald Reagan, it leaves a bitter taste in my mouth and gives me the sense that this board sometimes has a herd or pitchfork and torches mentality.

Individual thinking is our greatest asset over the left.

And these are my individual thoughts :)

Let’s WIN BACK THE COUNTRY first because we’re heading towards the clearing but we’re far from out of the woods yet.

He and Rudy give an embarrassed NYer at least Two people to be proud of.

In California, no less!!!

But seriously, natural beauty like Yosemite should be left as seen by Ansel Adams. 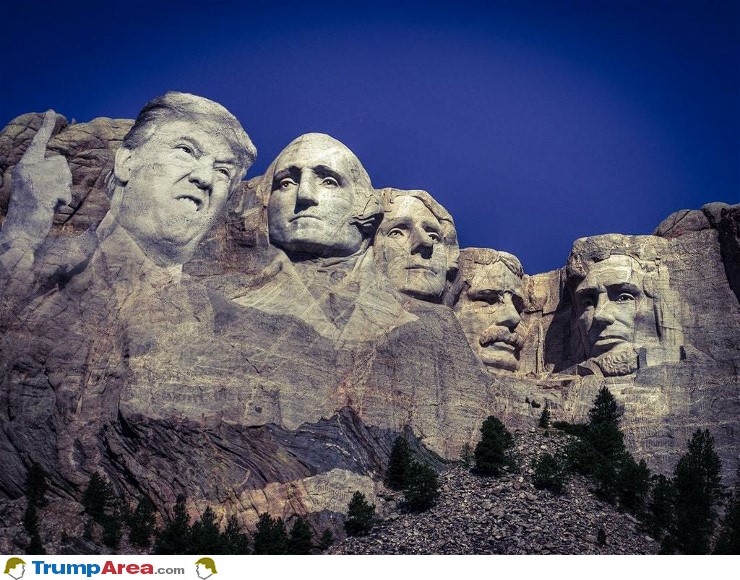 How embarrassing. And they say liberals are all emotion. I’ve been there and there is not enough room to properly place a head. Go to sleep now.

“I’m thinking with president Trump he is going to need a mountain of his own.”

I like it, rename Mt Rushmore as Mt Trump. Maybe carve the entire mountain into President Trump’s head. :)

I’m surprised the Dims haven’t called for Mt. Rushmore to be destroyed because there are two slave owners there.

Be better during his 3’rd term- Mike Huckabee made a joke about Trump being allowed a 3’rd term because his first term was so stymied by democrats it shouldn’t have counted, and I think it was susan rice, or one of obama’s henchwomen thought it was a serious request and freaked out

JMO I’m against putting him on Mt. Rushmore. Rushmore is done and fine as it is, should be left alone.

Kind of smacks of idolatry to me. (I wouldn’t have put the other 4 on Rushmore if it had been my decision, either.) YMMV.

I think we can honor people we love and admire in other ways. Name your kid “Donald”. Be sure that the history books accurately explain the truth about what he accomplished. Keep his ideals in your heart and remember them when you go to vote.

Building monuments to people seems a silly undertaking and a waste of money. But if a bunch of people wanted to contribute to such an undertaking, without expecting the taxpayers to foot the bill, I support their freedom to do so.

Plenty of room for Trump....but not enough of the good rock to support another face

There are plenty of rock outcroppings to use, not just this one

I’m all for talking it up just to annoy the left. It’s the same reason I like telling them it’ll be nothing but Presidents Trump from here out. Donald, then Don, then Eric, then Tiffany, then Baron, then they blow a gasket.

But, if we’re going to do it, just replace TR.

Haha! Maybe I would do that, too!

I’m against political dynasties, but I have to admit I find it amusing when the left thinks it’s going to be Trump 4EVA.

I’ve read various discussions that say if he’s impeached and removed, that he can run for 2 more terms. I don’t know if that’s true or not. In any other case I’d say no to more than 2 terms, but the left has done nothing but harass Trump (and those of us who voted for him) so it’s almost as if his 3 years have been denied him, and unless something drastic happens, the next year will be more of the same. Amazing how much a man under constant attack has been able to accomplish!!!