Federal District Court Judge Ketanji Brown Jackson said McGahn must appear before Congress but retains the ability to "invoke executive privilege where appropriate" during his appearance. The judge did not put her own ruling on hold, but the Trump administration will likely seek one to put the effect of her ruling on hold while it pursues an appeal.

"It is clear to this Court for the reasons explained above that, with respect to senior-level presidential aides, absolute immunity from compelled congressional process simply does not exist," Jackson said in her ruling.

Let me guess: an Obama judge. This will be appealed to the Supreme Court.

The Supreme Court must be getting tired of dealing with all the lawfare aimed at the President.

Tell by the name and ruling it is an Obama Judge.

Look her up, my goodness what a horror

Maybe Traitor Roberts will ‘splain to us how there are not anti-Trump Judges...

Same way that cowardly scum looked the other way when O was trashing Clarence Thomas. He is more politicians then real Judge.

THe MYTimes article doesn’t mention the judge’s appointer.
But does mention she quotes a republican-appointed judge.
That’s silly, and vile journalism.

IDK, total immunity is a stretch, but in practical terms a counsel is unable to respond to about any query.

between “exective privilege” and “attorney client privilege” and “separation of powers doctrine” any “national security privilege” as may apply,
he would have probably nothing to say other than,
“my name is ...”

Federal District Court Judge Ketanji Brown Jackson is just another Barack Obama stooge. Who would expect anything different from her?

You just wait til they demand that Conan the Dog testifies before Congress..because hey, he might know something

Her husband is the twin brother of Paul Ryan's brother-in-law. 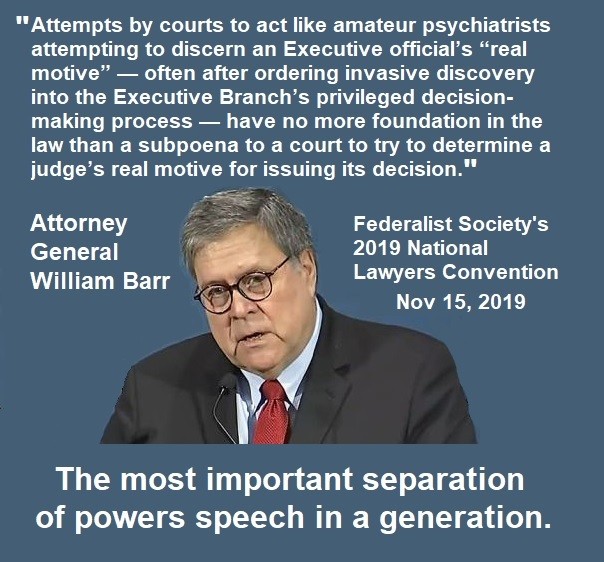 she was reportedly interviewed as one of Barack Obama’s potential nominees for the Supreme Court vacancy created by the death of Antonin Scalia.