The school board of District 211 in Illinois voted last week, in a 5 – 2 decision, to allow biological males into the female locker room at Palatine High School. The board said that all students should be “treated and supported in a manner consistent with their gender identity.” This “support” apparently necessitates obliterating the privacy and safety of every girl at the school.

A student named Nova Maday, a biological male who identifies as transgender, filed a lawsuit in 2017. The lawsuit came after a Department of Education mandate in 2015 forced Palatine High to allow boys like himself into bathrooms and locker rooms with girls. The school tried to strike a compromise, inviting the gender-confused males into girl-designated areas but setting aside a separate, private area for them to use. Maday was not happy with this compromise. He demanded access not just to the girls locker room, but to the exact same area where the girls change. His basic human rights are apparently violated in horrific fashion if he is not able to actually see girls get naked and himself get naked in front of them.

The school board found his deranged arguments convincing, and now every girl in the school must shut up and cooperate as biological males invade their private spaces. If you need any help in understanding why this situation is egregiously immoral and insane, a video from the Daily Herald may help. A Herald reporter interviewed Maday before and after the school board vote. They also interviewed a female student, Julia Burca. The contrast between their two reactions is stark. In fact, even if you don’t need help understanding why this is crazy, I’d still recommend following the link and watching the rather striking footage.

Maday, sporting a “Queen” shirt and long pink hair, celebrates the decision. He says he is “ecstatic,” calling the new policy a “great step forward.” Naturally, however, he still complains that it doesn’t go quite far enough. “It’s not everything we wanted,” he says, but it’s a “first step” towards “many more steps.”

The tenor changes dramatically with Julia’s reaction. Her voice shaking and tears in her eyes, she says that she is “uncomfortable that my privacy is being invaded.” She explains that she is a swimmer and therefore has to get changed “multiple times, naked, in front of the other students in the locker room.” Yet even in the face of this outrageous trampling of her basic privacy rights, she still attempts to be as generous as possible to the other side, acknowledging the school’s “obligation to all students” but arguing that she should also be accommodated.

Now, I don’t think the school board or Maday or the trans activists pushing this deserve even the slight concession she offers them. But I want to highlight the contrast between the two sides. Maday has no evident concern whatsoever for the feelings and rights of the girls at his school. He makes no mention of them and expresses absolutely no sympathy for them. Julia, on the other hand, even though she is completely and totally in the right and would be justified in screaming profanities into the camera, still exhibits more dignity and class than the other side.

This is not a complicated issue. This is a black-and-white, right versus wrong, good versus bad, issue. We have two competing claims to weigh. On one side, the claims and concerns of a small handful of gender-confused males who would prefer to change with girls because it would make them feel more like girls, even though they are not girls. On the other side, the claims and concerns of the girls in the school, who just want a private place to get changed and use the toilet.

One side is demanding that the whole system be reworked for their sake, and that the privacy of every girl in the school be abolished in the process. The other side is not trying to impose anything on anyone, is not asking for any special accommodation of any kind, is not asking for anything unreasonable, is not even demanding that gender-confused boys get changed with other boys. They could use private stalls. They could work out any other arrangement they want. All this side asks is that their private areas — the areas where they are in the most vulnerable and exposed state — remain private. There is no contest here. The scales are tipped 100% in favor of the girls.

At the very least, if you support forcing scared and humiliated young girls to change in front of boys, please do not pretend to care about women’s rights, especially women’s privacy rights. And please do not ever sermonize about the dangers of “rape culture” or “patriarchy.” You are willing to put a girl’s safety at risk and expose her to the shame and embarrassment of changing in front of boys all for the sake of the LGBT agenda. You are an enemy of women, not a supporter. At least be honest about it.

WALSH: Female Student Breaks Down In Tears As School Board Grants Boys Access To Girls Locker Room. This Is Simply Evil.

We are fricked up in this country.

You have no rights ,the Crazies have all the rights now ,D’oh

Kick him in the nuts. When they accuse you of doing that say “Impossible, if he is a girl, how can he have nuts?”

So much for #MeToo. Apparently, that is just intended to be a means of attacking wealthy white men. Because those same people have no concern whatsoever about blatant sexual abuse of these girls and violations of their most basic civil rights.

Parents grow some balls and remove your children from the school

As my wife has said many times. The biggest losers in the “transgender experiment” are women. Men who could never excel in anything now they can by identifying as women. They can run faster, jump higher, hit harder, and now they are a “Protected Class” placing them above women....... See where this is going? Rachel Dolazel proved a White woman could fake being black, Liz Warren proved a White woman could fake being Native American, and now thousands of men are proving they can fake being women and get special privileges.

The accumulation of political power in the hands of groups susceptible to emotional manipulation.

The only way to stop it is the girls should quit the sports teams en masse. If it is the restrooms in general then wait until class starts and raise your hand to go. Today’s rules apply. Old rules of fair play are over. Girls unite or suffer. It is a battle they must learn to fight when young and learn who their friends really are. 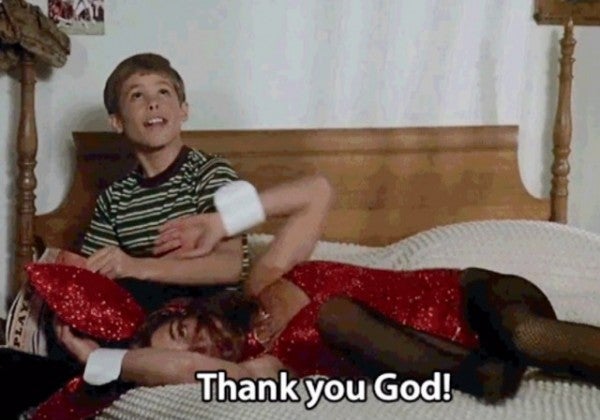 Bring your iphone camera in the locker room, take a picture of him nude ( full frontal) and post that picture all over the school.

Until the parents stand up en masse to these liberal school boards this will continue.

That’s the word I thought of immediately: evil.

you win for best reply

It is disgusting. Quitting would also endanger scholarships for top female athletes.

There will soon be zero innocence for children.

As a child of the 1950 I can gurantee you that this would never have happened. First the school system was controlled locally but more importantly the boy friends or brothers of the girls would have kicked this guys butt.

Did this start with the Choose Your Own Adventure children’s books?

Choose gender,race, national origin. Try again if the perks aren’t so great. Choose female,LGBTQ next semester. Or a new skin color like the movie Soul Man. Or the pale complexion of the late Michael Jackson.

Then they’ll say “What I value is genuine honesty. To be free to be the real me. Genuinely.”