Washington (CNN)Dramatic new disclosures on Day 1 of the House impeachment hearings painted an incriminating picture of Donald Trump as a President instinctively willing to sacrifice America's interests for his own.

In the most critical step so far in the investigation into Trump's alleged scheme to coerce Ukraine's help for his reelection campaign, Democrats posed a question to every US citizen at the core of this dark national chapter.

"If this is not impeachable conduct, what is?" House Intelligence Chairman Adam Schiff, a California Democrat, asked, arguing that the republic's values and the concept of an accountable presidency were at stake for future generations.

Using as their first witnesses two conscientious, apolitical diplomats who devoted their lives to national service, Democrats built a foundation for a case that Trump abused his far greater power. It is a story certain to play out again and again in the coming weeks as lawmakers contemplate whether to deal Trump the historic stigma of being only the third president to be impeached.

In Wednesday's most striking moment, the top US diplomat in Ukraine, Bill Taylor, revealed a previously undisclosed call between Trump and the US Ambassador to the European Union Gordon Sondland that took place a day after Trump's notorious talk with Ukraine's President in July.

He said that an aide -- who heard the call on a mobile phone while in a restaurant in a scenario that raised national security concerns -- reported that Trump asked Sondland about "the investigations" into former Vice President Joe Biden that he had requested from Ukrainian President Volodymyr Zelensky.

Trump told reporters on Wednesday he had no memory of the event.

Democrats will need to do more to crystallize all the coming testimony in a compelling and concise case that could change the political winds.

So, now eavesdropping is a “good” thing?

CNN is really the only US news station here.

It is beyond ridiculous.

AHA! And there it is! As I've been saying all along. He was wiretapped.

Hear the call on a mobile phone while in a restaurant. What a crock!

This is what Republicans and Rush Limbaugh and Mark Levin and Sean Hannity should be pounding home. demonicRATS are STILL wiretapping President Trump. 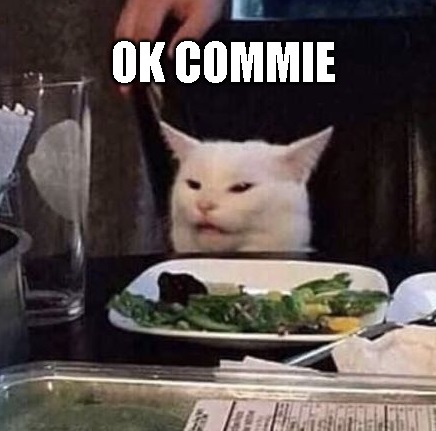 Good old CNN. Putting the requisite amount of spin on the ball to keep the faithful in line.

Did they watch the same hearing I did?

Surely does not sound like what Im heard from the muddled mass of liars.

>>Trump told reporters on Wednesday he had no memory of the event.

How many times while testifying has Lady Clinton proclaimed “I don’t remember” and then shifted her lies as to “WHO” someone was when Trey Gowdy revealed a name that she wouldn’t say?

13 posted on 11/14/2019 5:47:13 AM PST by a fool in paradise (Recall that unqualified Hillary Clinton sat on the board of Wal-Mart when Bill Clinton was governor)
[ Post Reply | Private Reply | To 1 | View Replies]
To: Rennes Templar
"If this is not impeachable conduct, what is?" House Intelligence Chairman Adam Schiff...

Well, Schifty, it sure ain't what you "got" on Trump. I think Schifty makes used cars dealers look good....

News reports like this one are aimed at people who didn’t see the hearing. They just want to persuade the ignorant that “the walls are closing in”.

Anyone who actually saw the hearing knows that the Democrats blew themselves up.

15 posted on 11/14/2019 5:47:55 AM PST by ClearCase_guy (If White Privilege is real, why did Elizabeth Warren lie about being an Indian?)
[ Post Reply | Private Reply | To 11 | View Replies]
To: Rennes Templar
"...lawmakers contemplate whether to deal Trump the historic stigma of being only the third president to be impeached."

After which, CNN will forever refer to Trump as 'impeached President Trump', just like they always say 'impeached former President Clinton'...

Pathetic attempt to salvage the disastrous first day of the Schi** Show by the Communist News Network.

This site is a news compilation site with links similar to Drudge and they allow comments on each story similar to Free Republic.

Lost in all this is that the diplomat did not hear anything negative on the phone call. The testimony was that he heard Trump ask what about the investigations? There was nothing whatsoever wrong with that.

Vague headlines like this, plus Schiff’s subdued post-hearing comments, confirm that the Dems know they’ve got nothing.

It could have been worse for Schiff—I was professionally disappointed in the cross-examination by Nunes and the Republican lawyer, and they missed some opportunities to really expose Taylor and Kent for what they are. But it couldn’t have been much worse. I wouldn’t be surprised if Pelosi is looking for a way to quietly pull the plug or at least redirect this away from an impeachment vote.