Mark S. Zaid, the activist attorney representing the so-called whistleblower at the center of the impeachment movement targeting President Donald Trump, advocated for Robert S. Mueller III to become an anti-Trump whistleblower. On April 25, 2018, while Mueller’s Office of the Special Counsel was investigating ultimately collapsed claims of collusion between Russia and Trump’s presidential campaign, Zaid co-authored an oped in the New York Times calling for Mueller and his staff to become “lawful whistle-blowers.”

The scheme outlined by Zaid was an option to be implemented if Trump had moved to fire Mueller and dismantle the Special Counsel’s office.

Zaid opined that if Mueller was indeed fired, he and his team “would not have to do anything illegal to disclose classified information and ensure that the American people learned the truth.”

Under such a scenario, Zaid called for Mueller to immediately take any so-called evidence to Congress, even “the most highly classified materials” and to already begin setting up a contingency plan to take action.

Zaid noted it is illegal to send classified documents using the regular Internet and that Congress doesn’t use the same secure email system as the executive branch. Therefore, Zaid suggested that an employee from Mueller’s office should immediately manually transport hard copy documents or encrypted hard drives to Capitol Hill where they would be received by a member of Congress on the House and Senate Intelligence Committees or their staff who are authorized to possess highly classified information.

Once the so-called evidence physically reached Congress about one mile from the Special Counsel’s office, Zaid surmised, Trump “probably could not contain it.”

If the government is no longer legitimate after their “efforts”, these people are fair game.

I honestly believe that there is no actual “whistleblower”

This is nothing more than a charade.

This proves that this “whistleblower” is a total fabrication

I believe the Whistle Blower Act is a total fraud.

5 posted on 10/12/2019 4:22:44 PM PDT by CMailBag
[ Post Reply | Private Reply | To 4 | View Replies]
To: E. Pluribus Unum
This Zaid character is not just a lawyer for the so-called" "whistleblower", he's a co-conspirator in this coup against Trump. Sounds like a major player in planning and organizing it.

He needs to be added to the list of bad players who need to be investigated.

Zaid is connected to Hillary.

The other lawyer representing the “whistlblower” is Andrew Bakaj, who has worked for Hillary Clinton and Senate Chuck Schumer.

And then of course, the demonrats could then destroy anything that could implicate them in any wrong doing. Bad idea. There is a place congress can go to view things to keep those things secure and protected. Shoveling it off into the hands of those controling or instrumental in the coup, isn’t the right thing to do.

This stands as proof of demonrat efforts to subvert the Executive branch of government and to attempt do hide/destroy their own complicity in a coverup.

Zaid was involved in Haditha.

Does anyone expect Zaid to be an honest, ethical lawyer? He’s a Democrat and that forbids him to be that.

What is “activism” today? It’s a way to cash in on what other “activists” call their grievances.

15 posted on 10/13/2019 8:53:21 AM PDT by bitt
[ Post Reply | Private Reply | To 1 | View Replies]
To: E. Pluribus Unum
***Under such a scenario, Zaid called for Mueller to immediately take any so-called evidence to Congress, even “the most highly classified materials” and to already begin setting up a contingency plan to take action***

These Demo'rats are vicious animals. If only the GOP had someone - besides DJT - who had the courage to take them on on their own ground... rather than run away crying wee wee wee all the way home. 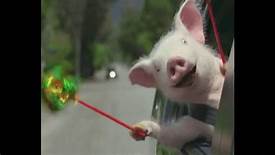