American voters are divided on impeaching and removing President Trump from office, 47 - 47 percent - closing a 20 point gap from less than a week ago, according to a Quinnipiac (KWIN-uh-pea-ack) University Poll released today. In the poll released on September 25th, voters said that the president should not be impeached and removed 57 - 37 percent. Among the political party subgroups, Democrats showed the greatest change from the last poll. Today, they show a virtual consensus on impeaching Trump, 90 - 5 percent, while last week they said Trump should be impeached 73 - 21 percent. The gap also closed among independents, who clearly said that the president should not be impeached last week 58 - 34 percent, and today are only slightly opposed to impeachment at 50 - 42 percent. Republicans feel much the same today as they did last week about impeachment; today, they say Trump should not be impeached 92 - 7 percent, and last week, they were opposed 95 - 4 percent.

While voters are split on impeaching and removing President Trump from office, a slim majority of registered voters do approve of the impeachment inquiry opened by the U.S. House of Representatives 52 - 45 percent. Approval includes half of independents, who are split 50 - 45 percent on the inquiry.

"Following a week when House Democrats announced a formal impeachment inquiry into President Trump and more information emerged about the President's actions regarding Ukraine, public opinion about impeachment is showing a shift. The percentage of voters who think the President should be impeached and removed from office climbed," said Quinnipiac University Polling Analyst Mary Snow. "While voters overall are split on the question, there's less hesitancy over the impeachment inquiry itself as more than half of voters approve of it."

"Despite the fact that the impeachment inquiry is just getting underway, half of American voters already believe that President Trump has done something wrong when it comes to his interactions with Ukraine's leader. Of that group, there's a virtually unanimous view he did something seriously wrong," added Snow.

Looking at this situation more generally, 52 percent of voters say that asking a foreign leader for help in defeating an opponent in an upcoming election is a good enough reason to impeach a president and remove them from office, while 38 percent say it is not.

Today, voters disapprove of the way President Trump is handling his job 53 - 41 percent. This compares to last week's approval rating, in which they disapproved 55 - 40 percent.

From September 27 - 29, Quinnipiac University surveyed 1,115 self-identified registered voters nationwide with a margin of error of +/- 3.6 percentage points, including the design effect.

Well, I approve! It will kill the democrats. By all means, inquire! Do it right up to the election. Trump will have a field day with it.

FakePoll by a Democrat polling outfit. They want to stampede the RINOs in the Senate into approving impeachment. So, the Democrats could kill two birds with one stone.

Another attempt to influence, not measure, voter sentiment.

This is before Trump gets a formal defense.

The process of impeachment is not poll driven. What low-information people think is not pertinent.

Excellent article highlighting the benefits of an actual potential Senate trial, albeit a high price to pay.

Just imagine POTUS and his legal team finally being able to call forth all the deep state RATS and put them under oath.

You’re right. I’ve been depressed about this, then I realized that Trump has been waiting for this moment so he has his enemy identified...BUT

I don’t think in his wildest imagination did he think they would include along with this, toppling down the front runner of the democratic primaries.

In addition, that they decided to hang their impeachment on the phone call.

The American public loves an underdog, and they love a fighter, and they will not stand for dirty pool.

Trump will only gain support from this ordeal.

I never EVER believe in polls.

But STUPID FREEPERS are too stupid, getting a hard-on when they see Trump has “high” polling..

And these are the same idiots who YELLED at every thread after the election they never believed in polls..

You’re right. The Left, being exceptionally well organized, always starts one of these Witch hunts with a huge hysteria designed to stampede public opinion. Just look at the Duke Rape Case and many other incidents. Then the truth gradually catches up and the hysteria goes away. That will happen here, too. 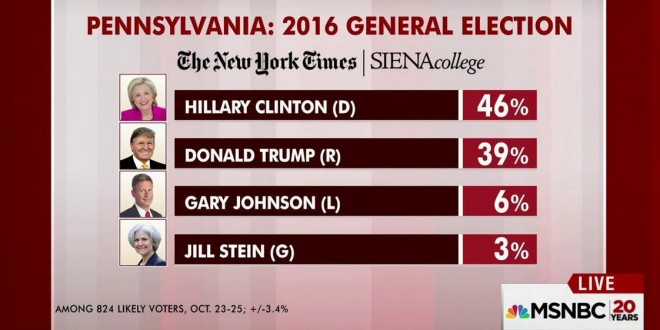 You mean when a poll shows Trump at 47% and Freepers know the reality is 57%?