Revelations from George Stephanopoulos, Newsweek, and Columbia grads from Israel.

The recent DOJ report on James Comey, the ongoing FISA investigation, and the probe of the Russia-collusion investigators under John Durham are all pointing back to POTUS 44, formerly known as Barry Soetoro. He wanted to know how Peter Strzok and Lisa Page of the FBI’s coup clan were doing. In similar style, designated prevaricator Susan Rice is on record that 44 wanted the counterintelligence operation to be done “by the book.” It didn’t exactly work out that way.

As investigators probe what the president knew, and when he knew it, other revelations about the former Barry Soetoro have managed to escape notice. This lapse comes despite massive revelations from his own handlers.

According to official biographer and Pulitzer winner David Garrow, the defining Dreams from My Father is not a memoir or biography. It is a novel, and in this work of historical fiction the author is a “composite character.” The implications proved alarming to fans and family alike.

The president, “spent the first 20 years of his life going by the nickname Barry,” the former First Lady explains in the 2018 Becoming. “Somewhere along the way, though, he’d stepped into the fullness of his birth name – Barack Hussein Obama.” Michelle does not note that, in all his writings from 1958 to 1964, the Kenyan Barack Obama mentions nothing about an American wife and Hawaiian-born son. Becoming portrays the future president as an “exceptional” and “gifted” student who “worshipped books.” At Columbia he “consumed volumes of political philosophy as if it were beach reading.”

The stint at Columbia got dramatic treatment in the 2016 film Barry. As Matthew Cooper of Newsweek noted, the Netflix production “charts his college years in New York, when ‘Barry,’

One more time, which hospital in Honolulu was Barry born in?

Which hospital in Honolulu was Barry born in?

The one with the plaque commemorating the blessed event? /sarc

Everything about that half-black bastard is a lie.

You know, it’s almost like some foreign government paid Obama to try and destroy the US.

“One more time, which hospital in Honolulu was Barry born in?”

Kapiolani Maternity and Gynecological Hospital, the same one that the Nordyke twins were born in. 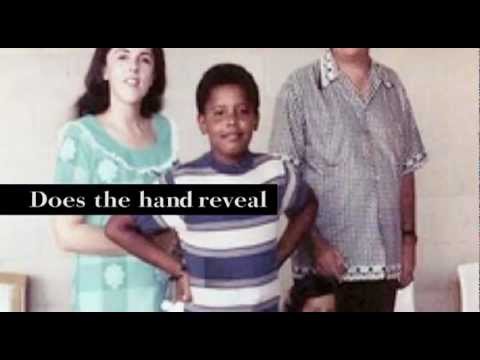 I’m not holding my breath, but won’t it be interesting if, at the end of the day, all the things we said were lies, turn out to have been lies?

And not just Obama. The Clintons too. What will people think if the curtain is drawn back and people see what they have supported?

Good article—as far as it goes.

I have maintained for a while that Obama was a “legend”—a person inhabiting a “past” created by some intelligence agency.

We can debate which one and for what reason, but this guy’s history never held up under scrutiny.

I think those who want to use ideology to explain it are looking in all the wrong places.

The Obama story is a story of hidden power—and the people who held that power have not been exposed—yet.

I was at Columbia when he was taking the required Core classes. Never saw him but that’s anecdotal. What did amaze me is that the Comp teachers let the illiterate quota kids slide on papers. Old-fashioned grammar and punctuation was still taught. Obama is not stupid nor illiterate, but if he was at Columbia, they would have given him lots of room on their sliding scale.

That “foreign” government is ours.

Is this based on his "writings"?

They will kill the messenger

Everything about the Fraud’s life is a lie.

He has many defenders here.

Soros made up Barack Obama

Whether “Obama” is ever punished is a tossup. I happen to think he will be. But the really important issue is to root out and shut down the Puppetmeisters who created this sickening enemy agent and financed, enabled his installation in our country and our White House. (Why is soroznazi still free to walk the streets?)

You’d think that people would have come out of everywhere saying they were college pals that were there at the time.