FBI 'has tapes of Martin Luther King laughing as woman was raped in front of him'
The Mirror UK ^ | May 26, 2019 | Christopher Bucktin

The FBI tried to destroy the reputation of civil rights leader Martin Luther King Jr as controversial unearthed files reveal. Shocking details of the FBI’s smear campaign against MLK Jr have been found on secret tapes, it is claimed. Its is alleged the agency accused the celebrated civil-rights campaigner of having up to 40 affairs.

~[snip} J Edgar Hoover, who believed he had Communist Party ties. Details of the covert tapes have been revealed by biographer David Garrow, ...

MLks secret heartache and the white woman he could never marry.... Hoover feared [King's] popular movement could destabilise the country.

Agents honed in on King’s philandering and claims he fathered a child – claims which Garrow argues could lead to “painful historical reckoning”. Although the tapes, recorded by bugs in two lamps in hotel rooms booked by King in January, 1964, are ... at the US National Archives, the author unearthed the FBI summaries of the various incidents.

He claims they show King had extramarital affairs with up to 45 women and, shockingly, even “looked on and laughed” as pastor friend Logan Kearse raped a parishioner. The recording from the Willard Hotel, near the White House, shows how King was accompanied by Kearse, (died 1991), along with female parishioners of his church. In his hotel room, the files claim, they then “discussed which women among the parishioners would be suitable for natural and unnatural sex acts”.

... “when one of the women protested that she did not approve, the Baptist minister immediately and forcefully raped her” as King watched. He is alleged to have “looked on, laughed and offered advice” during the attack. FBI agents were in the room next door, but did not intervene.

TOPICS: Crime/Corruption; News/Current Events; Politics/Elections
KEYWORDS: davidgarrow; dsj02; fakenews; ididntknow; ilkearse; ilogankearse; legacy; logankearse; martinlutherking; martinlutherkingjr; metoo; mlk; mlkfiles; mlkscandal; mlktapes; rape; raperape; themirroruk; yesweknow Navigation: use the links below to view more comments.
first 1-20, 21-40, 41-60, 61-80 ... 121-140 next last
(continued) The following day, King and a dozen others allegedly participated in a “sex orgy” engaging in “acts of degeneracy and depravity”. When one woman showed resistance, King was allegedly heard saying that performing the act “would help your soul”. Senior FBI officials allegedly later sent a copy of the incriminating tape to King and called him an “evil abnormal beast” and told him his sexual exploits would be “on record for all time”. The letter also suggested he should commit suicide before his wrongs were revealed to the world.

Mr Garrow said he had no idea of the scale or the ugliness of it, nor of King’s apparent indifference to rape until he saw the files. He said: “It poses so fundamental a challenge to his historical stature as to require the most complete and extensive historical review possible. [snip]

He said the Bureau unlawfully investigated his private life and used intimidation to decrease his growing support.

Calling BS. Hoover went out of his way to destroy MLK. It would have been too easy to let that out and ruin him.

If true, you’ll see MLK finally identified as a Republican with lighting speed.

Rev. I. Logan Kearse Pastored from 1954 thru 1958 during the Civil Rights Era and was instrumental in bringing Dr. Martin Luther King to Ebenezer.

JFK, The Swimmer and Clintoon were there, too.

He did release the gist of the tapes by way of a leak.

Yep, MLK wasn’t perfect and the affairs element is true- but this seems like Deep State trickery.

MLK was always a Republican until he was blackmailed by the Kennedy’s.

9 posted on 05/26/2019 2:01:30 PM PDT by WashingtonFire (We stand for God, For Country and for Trump)
[ Post Reply | Private Reply | To 3 | View Replies]
To: Beautiful_Gracious_Skies
FBI 'has tapes of Martin Luther King laughing as woman was raped in front of him'

This is being circulated by —

David J. Garrow (born May 11, 1953 in New Bedford, Massachusetts) is an American historian and author.He wrote the book Bearing the Cross: Martin Luther King, Jr., and the Southern Christian Leadership Conference (1986), which won the 1987 Pulitzer Prize for Biography.

I don't think MLK fell neatly into either political camp, but he was NOT a communist. And despite the extreme political correctness touted by the LEFT today often in his name -- I still don't understand the forces that be who are desperate to tarnish King's name. He was a great American.

ANd in terms of his personal conduct...That's between him and God at this point...And need we reminding that King David from the Old Testament was no better.

This is a warning to all the republican senators to get on board with impeachment, otherwise the dirt will come out on you.

Agreed. If those tapes existed, they would have been used to destroy him.

As the FBI is hopefully approaching the witness stand, there are many reasons to discredit ANY testimony and stir up the low information voters.

That said, I think they finally corrected the plaque under the new made in China MLK statue?
Will it be removed? 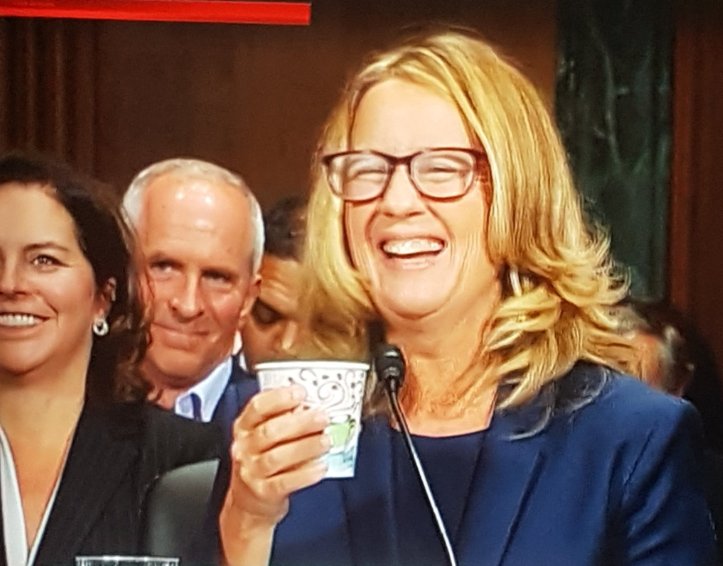 It looks the historian has had a change of heart or maybe some $$$,$$$ came his way. It’s probably all very true, but why now.
And the leaker /author/historian could have kept his mouth shut and just wrote a salacious book with these details.

His last book on MLK, Jr had great reviews and he is celebrated as a heavily footnoted and well sourced, according to those who have read “Bearing the Cross”

5.0 out of 5 starsHistorical Literary Saga

(2016) Never before in my life have I read such an outstanding recount of the civil rights movement in America as I have in the pages of David Garrow’s “Bearing the Cross: Martin Luther King, Jr. and the Southern Christian Leadership Conference “. Garrow doesn’t attempt to make Dr. King into a civil rights “super hero”. Instead, he paints the portrait of a leader who was so committed to championing the causes of the Afro-American.

Garrow brilliantly relates the strengths and weaknesses of MLK. I was left with a much stronger, positive image of Dr. King, while understanding that he was far from being a saintly man, despite his being an ordained preacher. Based on Garrow’s writing, I am left with several deep impressions of Dr. King:

1. He sincerely was dedicated to the concept of nonviolent protest against racial discrimination, segregation, voting rights, civil rights, poverty, and the Vietnam War.
2. King worked himself to the point of illness and total exhaustion to support the causes he believed in.
3. He was a man with a huge heart, willing to listen to those who opposed and attacked him, and giving of his time and energy to those in need of his spiritual support.
4. King understood that the SCLC needed his leadership, but was an ineffective administrator whose unwillingness to sever ties with certain people weakened the organization financially and other non-spiritual matters.

Garrow devotes considerable attention to FBI Directot J.Edgar Hoover. He discusses the wiretaps of Dr. King’s personal and professional phone lines. He writes about his obsession with MLK’s extra-marital affairs. Garrow states that the FBI seemed more interested in Dr. King’s travels than in the constant threat of physical violence directed at Dr. King and the SCLC marchers and demonstrators.

I can’t read this. Besides it is unnecessary

This report was developed by James Comey, John Brennan and Peter Strojck...