Fox News and Fox Business pulled Trump’s caravan ad after a huge backlash from critics who decried the 30-second video as “racist.”

First CNN refused to air the caravan ad and lectured Donald Trump Jr. after he took a swipe at CNN for refusing to show the real threats to the US.

Fox News has now joined CNN after it caved to pressure.

In a statement to Mediaite, Fox News ad sales president Marianne Gambelli said, “Upon further review, Fox News pulled the ad yesterday and it will not appear on either Fox News Channel or Fox Business Network.”

The ad focuses on the migrant caravan marching towards our border and features cop killer Luis Bracamontes, who was deported twice and snuck back in, murdered two police officers and was seen laughing in court about his crimes.

“The migrant caravan must be stopped,” the narrator of Trump’s caravan ad says after it shows cop-killer Luis Bracamontes lamenting he should have murdered more officers.

President Trump wants to secure our borders and keep Americans safe–this is now considered “racist” by the left and mainstream media.

I watch none of them, I saw it on net.

I saw the ad. It’s a standard ad using current events to sell the candidate(s).

There is no racism. No sexim. Actually, the message is pretty simple. We’re being invaded and it needs to be stopped. Vote for us.

I wouldn’t have KNOWN about this ad unless it was pulled from stations that don’t reach a WHOLE heck of a lot of people anyway.

Didn’t know about the killer that was mentioned.

If it gets trending on Twitter, more people may be swayed that those that watch CNN and FOX and Know who they are voting for already

Trump is a legal candidate for President in 2020.

Legally they cannot do this. But they have clearly calculated that paying a fine at some future date is less important than hamstringing the GOP message today. 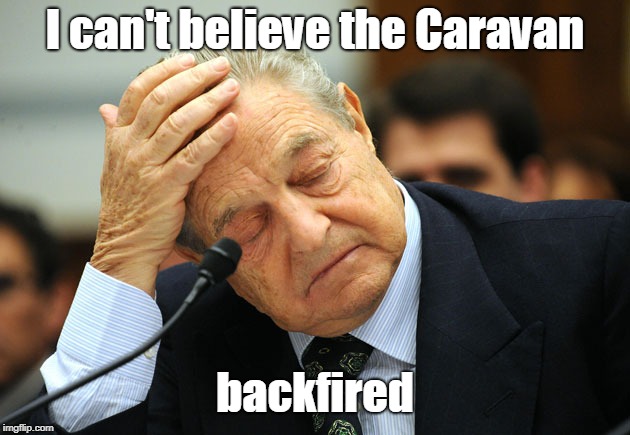 People tune out NFL after kneeling, nothing to see here. probably just a two year ratings blip. Certainly not a backlash though.

I just searched out this ad and watched it since I don’t watch much TV.

There is NOTHING “racist” about it. Race is never mentioned. They mention there is a 7,000 strong caravan and there are some killers and other criminals in it and say the caravan must be stopped.

There is NOTHING inaccurate in it. There IS a caravan (multiple actually). There ARE criminals in those caravans including some murderers.....even various UN agents and the media admit this.

Shame on Fox for caving in. They should have run the ad and told the critics to shove it.

They are just f'kn bags of dirt. Just keep praying for more massive losses in advertising and viewership.

It leads to the simple question:

Did Trump INTENTIONALLY pick a caravan composed of minorities, when there was also Irish and Swedish caravans heading north?

If YES, then Trump is a Racist.

If NO, then what should Trump have done to not make the advertisement non-racist?

I’m honestly enjoying OANN and online stuff like CRTV more these days, anyway. Kind of done with Fox. Except for Greg on sunday nights, of course.

Screw Fox. I bet OAN will run it.

I guess it’s true, the Truth does hurt, Democrats...

I didn’t know that illegal was a race.

What will Fox do if Hannity, Ingraham, Tucker, Pirro, Watters and Gutfeld show the Commercial as part of their Shows?

The difference is that Fox won’t get any Money for the Ads being shown. LOL

Yet, no word about their blatant attack on a disabled serviceman on SNL this past weekend.

Nice guys that work there.