This is exactly the phenomenon that I had described after the Pittsburgh shootings in, "If the Synagogue Shooter Were Muslim, the Media Would Be Defending Him."

In 2006, Naveed Afzal Haq used a teenage girl as a hostage to force his way into the Seattle Jewish Federation where he shot 6 women. The Muslim attacker shouted, “You Jews” at the non-Jewish marketing director and shot her in the stomach. The bookkeeper went into cardiac arrest, died at the scene, was revived and died again on the operating table and still lived to testify at Haq's trial.

"I want these Jews to get out,” Haq could be heard shouting on the phone.

The media attempted to portray Haq as mentally ill. The local alternative paper insisted that his “his anti-Semitic rhetoric” was just a “veneer” on “a man disturbed by feelings of inadequacy and rejection.”

In 2011, Ahmed Ferhani was arrested after plotting to blow up “the biggest synagogue” in Manhattan. Along with Mohamed Mamdouh, he had considered dressing up as a Hassidic Jew and attacking a synagogue with a gun and a grenade.

“I intended to create chaos and send a message of intimidation and coercion to the Jewish population of New York City,” Ferhani admitted at his trial.

Ferhani was defended by Linda Sarsour and many on the Left. Just two years ago, The Nation headlined a sympathetic piece about the synagogue terrorist as, “A Muslim Man Was Ensnared in a Terror Plot by the NYPD—He Just Attempted Suicide”. The Huffington Post ran a post titled, “An Entrapped Muslim Man Just Attempted Suicide, But Does Anyone Care?”

Yes, they are portraying him as a troubled teen (although he’s 26) who was just turning his life around when, like Carrie, a fire spontaneously ignited.

After Years in Foster Care, Intern ‘Adopted’ by City Hall Catches a Break 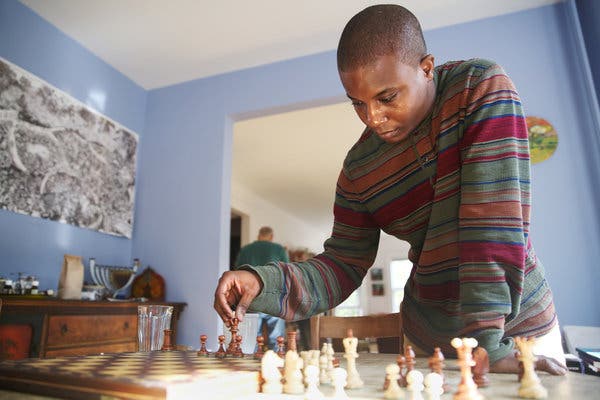 James Polite spent much of his childhood in foster care.

In high school alone, Mr. Polite estimates, he was placed in 10 different homes. And he received little encouragement from social workers to go to college.

But Mr. Polite, now 25, still believed that college was the best next step.

He found encouragement as a volunteer in his teens, registering voters and canvassing neighborhoods in New York City during Barack Obama’s first presidential bid. Mentors on the campaign trail urged him to pursue higher education.

"graffiti saying “Die Jew Rats” and “Hitler,” which one of the candidates said highlighted the need to vote out “hate.” Police arrested 26-year old James Polite later that night based on surveillance footage."

A 26-year-old man charged with vandalizing a historic New York City synagogue on Friday, just days after the Pittsburgh massacre, has been identified as a former campaign worker for Barack Obama who was profiled by the New York Times in 2017.

The Times described James Polite as a young man who “spent much of his childhood in foster care,” and performed canvassing work for Obama’s 2008 presidential campaign. After a chance meeting, he got a job that year as an intern for Christine Quinn, a former speaker of New York City’s city council who was also a former mayoral candidate.

On Friday, Polite was arrested and charged with criminal mischief as a hate crime in connection with vandalism Thursday at the Union Temple in Brooklyn that forced the cancellation of a political event. ...” Jews must die!
Pigs and swine!
I first kill five,
and then I kill nine!
Inshallah! Inshallah!

The nyt is responsible for the next terror attack he commits.

The 'message' (a liberal lie) is ‘anyone who objects to these two thugs’ is antisemitic... The little sh*t billionaires are hiding behind the skirts of the holocaust.

Citizens have the right to stand up to bullies and thugs... and it's NOT based on religion. If the Pope was pushing communism we would object too... not because of his religion but because communism is totalitarian. The press should NOT allow to be used in this way...by these thugs.

Yes, it is to frighten Paul Ryan-types into silence.

“If the Pope was pushing communism we would object too..”

Ah I think we are past that.

I was objecting to the Pope’s position just yesterday... don’t want him hiding behind the pomp and Mitre either... He has the right to his opinions - but NOT the right to shut down speech based on his religion.

NYT is guilty of all terror attacks in the future as they are one of the leading co- conspirator of terrorism in the US.

I’d support the entire organization being raided, all management and ownership arrested and tried for aiding terrorism.

Maybe Paul Ryan gets off on feeling guilty... or he's a whinny milque·-toast spineless jerk ... who knows. Maybe Ryan has reason to feel guilty - or he's a coward.

I know this - he was always willing to stand tall with illegals and against Americans...

Speaking of, the real pope - Pope Benedict - was continuously investigated and trampled on for being
“Hitler Youth”.

During his time growing up, ALL kids in Germany were considered Hitler Youth. It wasn’t something you signed up for like in the beginning.

When he summarily dismissed from that role, the media fawned over the new guy who loves communism, gays and hates babies.

Two words: Crown Heights. I remember it all.

19 posted on 11/04/2018 3:15:12 PM PST by Eleutheria5 (Â“If you are not prepared to use force to defend civilization, then be prepared to accept barbarism.)
[ Post Reply | Private Reply | To 1 | View Replies]
To: dennisw; Cachelot; Nix 2; veronica; Catspaw; knighthawk; Alouette; Optimist; weikel; Lent; GregB; ..
Middle East and terrorism, occasional political and Jewish issues Ping List. High Volume If you’d like to be on or off, please FR mail me.

He only has a bachelors degree. If someone will step up and send him to grad school, he'll do better. He needs a vacation too. Maybe then he can get a job working for someone other than Democrat politicians.