A computer server crucial to a lawsuit against Georgia election officials was quietly wiped clean by its custodians just after the suit was filed, The Associated Press has learned.

The server's data was destroyed July 7 by technicians at the Center for Elections Systems at Kennesaw State University, which runs the state's election system. The data wipe was revealed in an email — sent last week from an assistant state attorney general to plaintiffs in the case — that was obtained by the AP. More emails obtained in a public records request confirmed the wipe.

The lawsuit, filed by a diverse group of election reform advocates, aims to force Georgia to retire its antiquated and heavily criticized election technology. The server in question, which served as a statewide staging location for key election-related data, made national headlines in June after a security expert disclosed a gaping security hole that wasn't fixed six months after he reported it to election authorities.

I am pretty sure destroying evidence is a crime. As is deleting public records.

These are small-fry — there will be prison.

We need an honest, competent AG with a backbone to go after all the nonsense the liberals, protected by the mainstream media, are so easily getting away with.

Precedent already set, if there was no intention of wrongdoing then nothing can be done.

On election night they refused to call Georgia even though Trump had a ridiculous lead with 99% counted. I firmly believe the dems had thought they had rigged it for Hillary and the networks knew it, hence reluctance to call an obvious Trump was win. Wiped faster than you can say ‘JEH JOHNSON’.

What skeleton does Sessions have in his closet. Did he kill JFK?

This is a sham by the lefties to try to say that the millions they threw after Ossoff wasn’t a waste.

And the backups for the server are... where exactly?

Strategy that served Hillary well; go for it. And I would bet that the witch cried righteous tears of despair over Nixon’s seventeen minute tape erasure.

Well, guilty verdicts all around then. 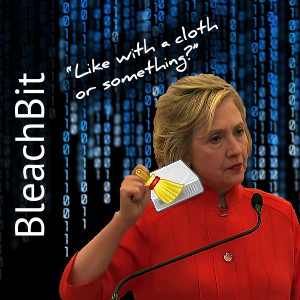 ...data was destroyed July 7 by technicians at the Center for Elections Systems at Kennesaw State University, which runs the state's election system... The lawsuit, filed by a diverse group of election reform advocates, aims to force Georgia to retire its antiquated and heavily criticized election technology.

18 posted on 10/27/2017 1:08:01 AM PDT by SunkenCiv (www.tapatalk.com/groups/godsgravesglyphs/, forum.darwincentral.org, www.gopbriefingroom.com)
[ Post Reply | Private Reply | View Replies]
To: bobk333
Sounds more like you want an AG that will jump the shark and not be effective because he doesn't take time to get all his ducks in a row - there are literally thousands if issues that folks want fixed...RIGHT NOW!...because they have no idea of how intertwined so much of it is and what gathering the information and sorting it entails.

But, alas, leeches are what leeches do and they usually get upset when someone tells them they're leeches - kind of like how Dems and other Leftists get all upset when Trump points out what scum they are.

But I digress - give Sessions time to do it right before bitching about him. And if you know of any leeches, encourage them to donate as a sign they really want to do something positive and useful.