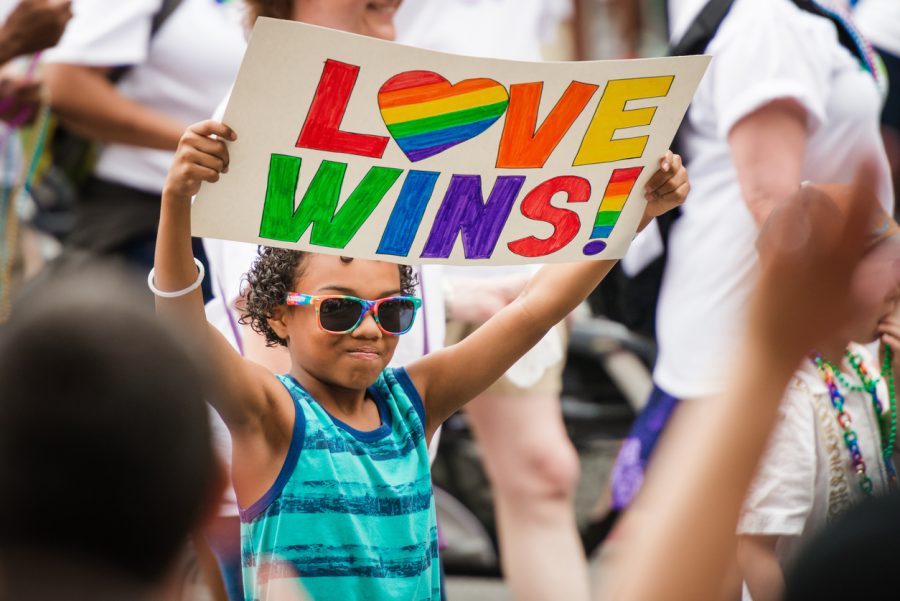 In his book 32 Yolks, Eric Ripert, head chef and owner of Michelin three-starred Le Bernardin in New York City, tells the story of his parents’ divorce when he was 5 years old:

I went from being a happy kid to a kind of pint-sized depressive. From the time I was 5 until I went away to cooking school and for many years after, I was rarely truly happy — just different degrees of sad.

His parents’ divorce has haunted him his whole life. This is a man who runs one of the most celebrated restaurants in the world. He has his own television show, a wife, and a family; yet his memoir is largely a cry of the heart about his parents’ divorce.

Ask almost any child of divorce and you will hear the same story. Or ask any donor-conceived child — who wonders: “Who is my father? What is he like? Am I like him? Is he like me? Will I ever know him?”

Every child raised without one parent — whether a child of divorce, a donor baby, or someone growing up in a gay or lesbian family — asks, “Where is my father? Will he ever come back for me?” Or, “Where is my mother? Didn’t she ever love me?”

Gay men and lesbians want you to believe that the children they raise do not have these questions. They do not long for their mother or their father — whichever is missing from their lives.

Gay men and lesbians want you to know that the children they raise are just as happy, just as well-adjusted, exactly the same as children raised by their biological mothers and fathers.

The cynical defense of gay parenting has taken center stage in the national debate about marriage and family. Essential to the argument is the pretense that all lesbians and gays want are cute little houses with white picket fences, Little League games, PTA meetings, and yard sales.

Of course they can be parents — and just as good parents as anyone else. And they have tons of social “science” to show that there is no difference in outcomes between kids raised by two men and kids raised by their biological moms and dads.

The whole discussion is really a sideshow because there simply are not that many gays in America to begin with — as we have seen, there are more Methodists.

Stable gay couples are even more rare, and vanishingly small — in fact, practically nonexistent — is the number of gay couples who raise a child together from babyhood through college. There is hardly a large enough sample to measure.

But that has not stopped the gay advocates, the academy, and the mainstream media from insisting that the science is settled. They maintain there is no difference in outcomes between children raised in gay households and those raised in homes with their own moms and dads.

In fact, the science actually shows that anything less than the gold standard for children — being raised by their married biological mother and father — is detrimental to the child. But that doesn’t stop the advocates from claiming that science is on their side.

An influential 2005 brief produced by the American Psychological Association cited no less than 59 studies in support of the thesis that children raised by gays and lesbians turn out just as well as children raised by their biological mothers and fathers.

In fact, some of the studies claimed lesbian moms are even better. The brief concluded:

In summary, there is no evidence to suggest that lesbian women or gay men are unfit to be parents or that psychosocial development among children of lesbian women or gay men is compromised relative to that among offspring of heterosexual parents. Not a single study has found children of lesbian or gay parents to be disadvantaged in any significant respect relative to children of heterosexual parents. Indeed, the evidence to date suggests that home environments provided by lesbian and gay parents are as likely as those provided by heterosexual parents to support and enable children’s psychosocial growth.

In 2015, the Columbia Law School published a paper examining “78 scholarly papers” published since 1985.

Among those that met the law school’s criteria of “adding to knowledge about the wellbeing of children with gay or lesbian parents,” only four of 78 concluded that children raised by gays or lesbians faced any special difficulties.

All the rest concluded that same-sex parenting was fine. And the Columbia paper criticized the four outliers because the children in those studies all came from “broken homes.”

Apparently, the science is settled.

There was even a study out of Australia that concluded children raised by same-sex couples are happier and heathier than their peers. It showed that children of same-sex couples scored higher “on general health and family cohesion.”

On other health issues, such as “emotional behavior and physical functioning, there was no difference compared with children from the general population.”

And of course, the message percolated into the popular press.

In 2009, The New York Times Magazine ran a short piece called “What’s Good for the Kids” that — while it bemoaned the lack of good data to prove it — reiterated what everyone already knows: Gay parenting is just fine.

The writer cited Clark University’s Abbie Goldberg, who assured us in so many words, “These children do just fine.”

Goldberg had just published her own analysis of 100 studies purportedly showing that children raised by lesbians and gays are not markedly different — except in a good way. They are “less conventional and more flexible when it comes to gender roles and assumptions than those raised in more traditional families.”

In June 2015, two days before the Supreme Court handed down its gay marriage edict, The Washington Post ran a story with the headline “How kids became the strongest argument for same-sex marriage.”

But while in any conversation about gay parenting, you will hear that science shows us there is no difference — the science is settled — as a matter of fact, none of the studies that purport to show that there is no difference between the two groups of children meets the basic requirements for robust social science research.

The “scientific” findings that advocates and the pro-gay media cite tend to come from convenience samples. That is, these are “studies” on subjects that have not been gathered randomly.

Instead, they’re done on decidedly unrepresentative samples that have been collected from places like bulletin boards at gay parenting support groups, where everyone has an interest in proving that gay parenting is a success.

Moreover, even if the samples were not put together for the convenience of the campaign to normalize homosexual parenting, the numbers are inevitably tiny, so that the findings cannot be projected accurately to larger populations.

Even worse, these “no differences” studies tend to interview the parents rather than the kids. It is inevitable that gay parents are going to say their kids are doing just fine — particularly if they know that it is their own gay parenting that is being measured. 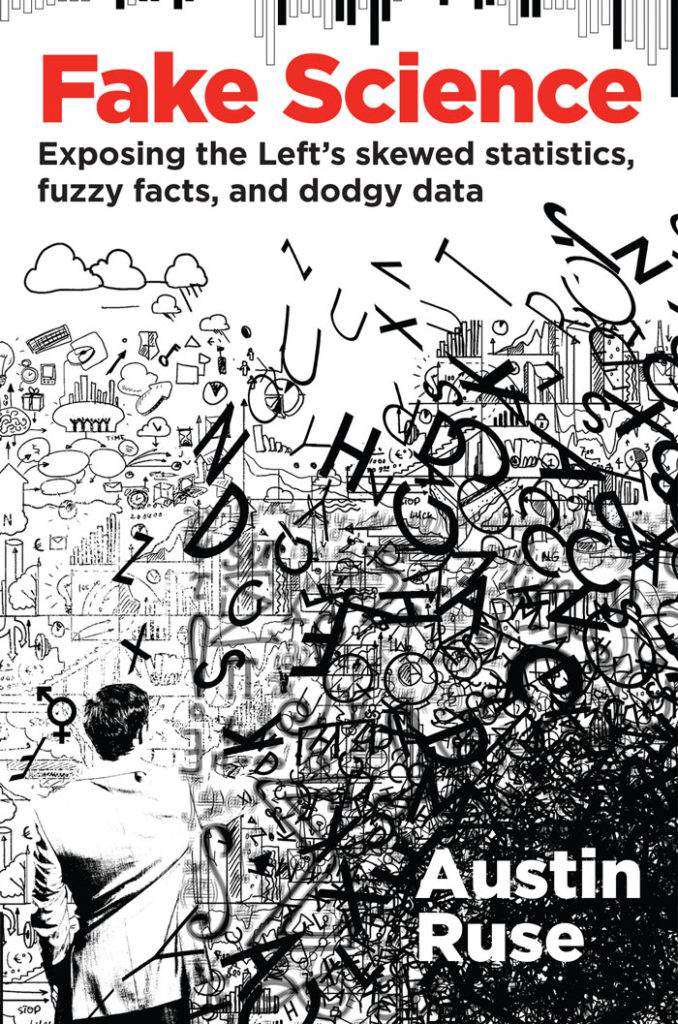 Austin Ruse is president of The Center for Family and Human Rights (C-Fam), a U.S.-based research institute that works with the United Nations Economic and Social Council and the Organization of American States exclusively on international life and family issues. @austinruse

Now that was a real Pope.

The Queer Mafia are SJW.

SJW Always Lie. Always. About Everything. No Exceptions.

Though he did ruin the whole “Is the Pope Polish?” thing, even for Protestants.

5 posted on 07/25/2017 10:59:14 AM PDT by Rurudyne (Standup Philosopher)
[ Post Reply | Private Reply | To 3 | View Replies]
To: Grimmy
I have yet to see a doctor or for that matter anyone publicly state that sodomy is healthy. They seemed to skip over this important fact in the rush to legitimize gay marriage.

Any doctor who would state the facts would be burned at the stake for heresy. So I am not holding my breath.

Fake science, theft, thuggery. They used all of the tools of the community organizer and fascist.

Austin Ruse is the best. Vast experience, vast wisdom from reflecting on that experience. There’s a guy I’d like to have a couple hours of time with to pick his brains.

Yes; but, this current Pope seems to be the one for which the question: "Is the pope Catholic?"; becomes an actual question.

“Love Wins”, until someone disagrees. Then out comes the hate.

If this were normal, nobody would need a flood of lies er studies to prove it is normal.

Which is sadly lacking for any comedy value....

Children deserve to be raised by a mother AND a father. “Gay” marriage means that a child is intentionally denied either a mother or father. May God forgive us.

And Bill Nye, the Science Gut support it.

Lol! All psychology is fake science. Sociology, psychiatry... All supposed “behavioral science” is a bad joke.

Leftists lie, it’s what they do. Children need their mother and father.. not self absorbed, mentally ill sex perverts masquerading as one, the other or both.

I hate seeing those signs everywhere.. especially if they’re forcing children to hold them. Homosexuality has never been about love. Another one of their HUGE lies.
It’s like hearing them talk about “life partners”. They must go through thousands of “life partners” in their short life time.