Aetna Inc will exit the Obamacare individual insurance market in Virginia and will not offer these plans on or off the online exchange created by the Affordable Care Act, the company said on Wednesday.

The company said last month that it would leave Iowa. It is selling these plans in four states in 2017.

STEP 1: Pass law requiring all Congress members, White House, SCOTUS, and all staff to be transferred to Obamacare "plans" effective May 15, 2017.

STEP 1: Do nothing, and let all the insurance carriers walk away from the market.

“STEP 1: Do nothing, and let all the insurance carriers walk away from the market. “

A slight tweak by Trump to this fiasco and he will be blamed for everything that ever goes wrong. 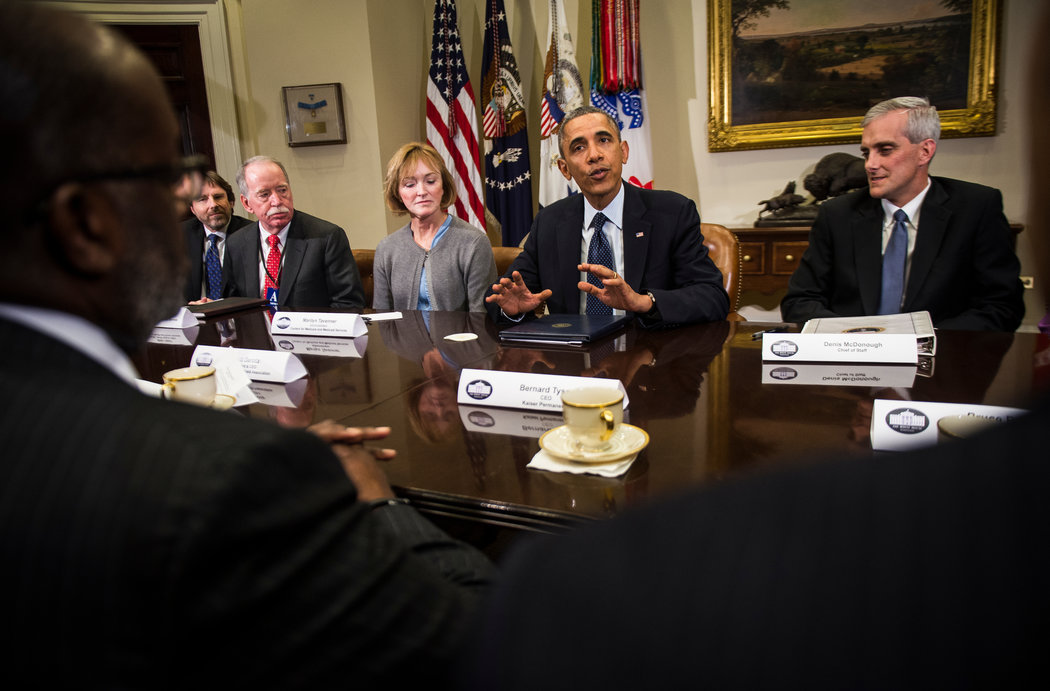 "Now, I don't want you insurers to worry; when you start
losing money, we are going to jump in and bail you all out."

Obama Siphoned off GSE Dividends To Prop Up OBAMACARE

Earlier this month, Harvard Ph.D. Jerome Corsi of InfoWars (@jerome_corsi) and a CPA "who worked for two years for a major U.S. accounting firm as an outside auditor for Freddie Mac," confirmed a 2012 scheme hatched by the Obama administration.

The audacious looting involved funnelling hundreds of billions in dividends from Government Sponsored Enterprises (GSE) Fannie Mae and Freddie Mac to prop up the failing Obamacare program - by paying subsidies to insurers to remain in the system. [Snip]

The conclusion reached by Corsi and others is that this was probably illegal. In fact, House Republicans actually sued the Obama Administration in 2014 over the fact that the subsidies to insurers weren't appropriated by congress and won, which the Obama administration appealed.

Zerohedge and the Atlanta Journal Constitution pointed out last week, the Trump administration has until May 22nd to decide whether or not to pursue the appeal: (Excerpt) Read more at zerohedge.com ...

UPDATE: Trump and Repubs will not pursue the appeal.

Let it die on its own

DO NOT do anything to shore it up.

Mulvaney said yesterday at the press briefing that there is no ins co bailout money in the spending bill.

How is Jimmy Kimmel going to get insurance now?

Not good enough for me, I want ALL Public Employees, the very Heart and Soul of the Demonrat Party on Obamacare.!

OBAMACARE Can be Saved!!

There are about 22 MILLION Public Employee’s Nationwide that are Ineligible for Subsidies, this infusion of New Paying Customers will SAVE OBAMACARE. the SEIU and every other Public Employee UNION fully Endorse Obamacare and have held numerous rallies in support thereof.

Let’s Give them what they want!

I believe our Public Employees deserve the Best Health Care America has to offer, and that is the Official Government Health Care Plan, Obamacare. So why don’t you quit pussyfooting around and Proudly Proclaim your desire to see that ALL Federal Employees receive the Finest, Most Affordable Health Care the US has to offer, OBAMACARE.

All the Money currently wasted on these inferior high priced cadillac plans can be diverted to the Wall.

There is ONLY ONE WAY to make it happen:

1. All waivers to the Affordable Care act are hereby repealed.

2. There shall be NO funds drawn from the treasury to pay for Health Insurance for ANY Federal Employee except Members of the Armed Services.

3. ALL Federal Employees except members of the US Armed Services, SHALL purchase their own personal and Family Health Insurance from the Affordable Care Exchange in the state they legally reside.

4. There shall be NO Medicaid Reimbursement funds allocated to any State that does not have 100% of their Public Employees enrolled in the Affordable Care Act.

And to make sure it is Bipartisan, President Trump should VETO it every Time and FORCE them to Override his Veto to Repeal this Monstrosity.

Sign these 4 orders and it will be FULLY REPEALED in Less than 30 days.

NOT UNTIL, Anyone want to make a BET???

“Now, I don’t want you insurers to worry; when you start
losing money, we are going to jump in and bail you all out.”

Yikes. How many lies does that make? I lost count.

That requires Congress to pass a law to screw Congress like the rest of us. How likely do you think that is to happen?

You would perhaps have better luck pushing that concept if your Caps Lock key didn’t keep getting set on every third word.