A United Airlines flight from San Francisco to Shanghai, China was diverted from flying over Russian airspace for "diplomatic reasons" early Wednesday morning, passengers on the flight say.

Those diplomatic concerns forced the flight to refuel at Tokyo's Narita airport, the flight's captain told passengers, several of whom posted about it on social media.

One passenger named Andy Brown says that the airplane almost ran out of fuel before landing at Narita.

"Then they backed into something at Tokyo airport broke something on the plane!" he wrote in a Facebook post.

"United probably will not tell the public about this."

Reached by Skype, Brown told The Daily Caller that he makes the flight to Shanghai about once a month and has never had a fight diverted.

Another passenger posted about the delay.

@latyshevaaa @etosova Morning @united !
Can you clarify why flights #UA857 and #UA198 were diverted to NRT&HND from their destination in Shanghai, please?

It is not entirely clear what diplomatic concerns may have forced the diversion. The most obvious explanation would be the tense relationship between the U.S. and Russia over Syria's use of chemical weapons during an attack on April 4.

The White House said on Tuesday that the Russian government has engaged in a cover-up to shift blame from the Syrian regime for the attacks, which involved the use of sarin gas and killed 100 people. Syria and Russia are allies.

Secretary of State Rex Tillerson is also currently in Russia. He met with Russian Foreign Minister Sergey Lavrov on Tuesday and will meet with Vladimir Putin on Wednesday.

It is unclear if any other flights were re-routed and whether the diversions are temporary.

Or the Russians are doing something they don’t want seen.

Sorry, I accidentally left off the second half of the article.

When you beat your passengers bloody, it even pisses off the Russians. They make you go around.

No biggy... probably just one of the wings. That's why aircraft have two of them.

“Sir, you are going to have to give up your seat. A UA flight attendant needs to get to .... for her next flight”

Or the Russians are using the passenger beating to damage a US company.

They obviously didn't divert his plane.

In Russia, passenger beat YOU!

Maybe they saw the latest cartoon by Ramirez. They are afraid that passengers might be thrown off overbooked flights while over Russia.

... it's a sad day when the Aeroflot customer service is superior to that of United Airlines ...

And we all know how Ivan deals with errant Airliners.

I landed once at BUR and the pilot overshot the runway. By A LOT (but not as much as the famous plane that went into the gas station across the street).

After we stopped you could hear the engines whine super high and then we backed up to the painted end of the runway.

Note: I was there the night that plane went into the gas station, but going on another flight. Pretty wild.

I didn’t know planes had “Reverse.”

United probably dragged some Russian diplomat out of his first class seat to make room for a flight attendant’s second cousin’s friend who decided at the last minute that she wanted to fly from NYC to Bermuda for a quick vacation.

I like to think that we can get out of trouble just as fast as we got into it ... 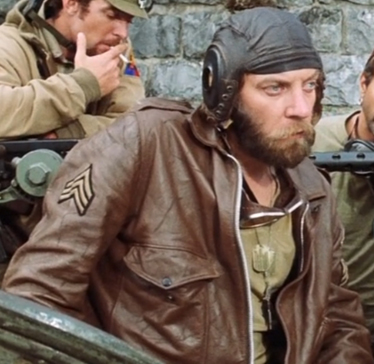