Rutherford County Schools said a substitute teacher will no longer be working in the school district after he was accused of posting “inappropriate, threatening” comments on social media regarding President Donald Trump.

Colin is not employed by RCS, but is contracted through PESG. The schools said Colin is no longer permitted to work in the district.

The school district has notified PESG about Colin. The contractor indicted that it will conduct an internal investigation of the allegations immediately.

"Information was presented to us by the school district," a PESG spokesperson said. "We are investigating it."

Colin is also accused of writing this on Facebook on Jan. 16: "I spent a lot of time today thinking about the state of this mess. There are huge numbers of people that are upset, mad, angry, (pretty much every negative word), but what I have not seen is a plan. Everyone is looking for leadership to start this off, but there is no one carrying the banner. Without that we will all settle in to becoming angry hateful people and there will be no solutions. So, where do we go from here? Rallies and demonstrations are pretty much futile, since the lunatics just laugh at us knowing we haven't the guts to stand up ad take the actions needed. Writing and complaining falls on deaf ears. Not until the first shot is fired will the recovery begin."

Here is the full statement from Rutherford County Schools:

Rutherford County Schools received several messages after hours on Feb. 8 about a substitute teacher who is accused of making inappropriate, threatening comments on social media during the work day.

PESG has indicated it will conduct an internal investigation of the allegations immediately.

Fox 17 reached out to Colin, who didn't want to go on camera because he says he's received threats. awwwwwwww isn’t that a shame, the Commie “Teacher” who wished Trump supporters dead is now receiving threats..how does it feel Commie..don’t like it when the shoe is on the other foot huh

Their despotism does not surprise me, Communism kills.

Is this the fruity fruitcake himself?

Moral equivalency from a leftist - What a aurprise!

Colon is an A-hole.

I wonder just how many of his student’s parents he threatened with that comment.

Tennessee Freepers....remember that name, David Colin, when the SHTF.

Don’t share a morsel of your spare supplies with the ahole.

So the school had a Colinectomy...

Well, when I was young, my mom and dad would tell me:

“The only good Commie is a dead Commie.”

As a child, I never understood why. I’m all grown up now.

He makes threats but hides like a little girl when threats come his way.

But I do understand how he feels. But to me it’s not a feeling. I BELIEVE the only good Trump hater us a ...

....gay as a marching band of hyenas

What is that?! He looks like a bad imitation of Salvador Dali, just before he went mad. All Colin needs is a long Handlebar mustache to make the gaudy resemblance complete.

Well, he wanted somebody to start shooting.

Maybe he should have thought this over a bit more.

Hello Secret Service the next class you teach and walk you out of class.
Such an example for our kids.

Enjoy your future as a ditch digger Colin. Or should I say Colon? 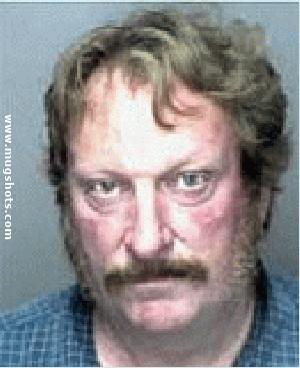 18 posted on 02/09/2017 6:47:00 PM PST by grey_whiskers (The opinions are solely those of the author and are subject to change without notice.)
[ Post Reply | Private Reply | To 4 | View Replies]
To: lee martell; Doogle; null and void; Travis McGee; Diogenesis; SkyPilot

Hope somewhere that picture is saved. He wants to be a leftist punk, we’ll remember him for what he is.

If he doesn’t swing his purse at us first.

If this keeps up in this country....there will be ‘back roads justice’. I do not condone it, nor will I participate. But, I fear, that’s where this is headed if it continues to fester. People will only take so much. JMHO.