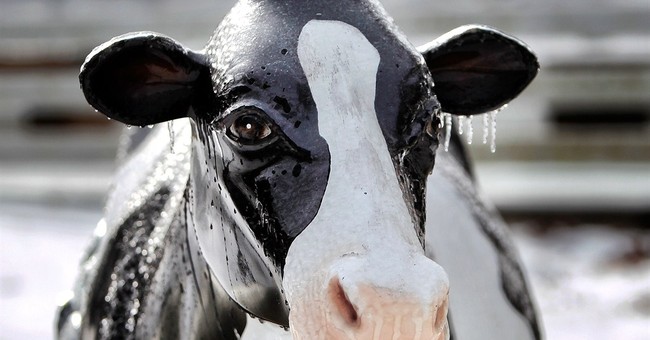 The Golden State used to be a place you could visit for a relaxing vacation filled with sunshine, palm trees and bayside avocado burgers—and then fly home to live a relatively free life—leaving California residents to cope with the “crazy” aspects of the state, like sky-high taxes.

California is America’s largest milk-producing state. Thanks to new regulations from CA Gov. Jerry Brown, one thing is certain: if you love milk and cheese, significantly higher costs are coming your way.

Brown is famous for the infamous, such as trying to stop sexual assault on California college campuses by passing a law that demeans women and bars them from exercising the one freedom proven to deter sexual violence: carrying a concealed firearm. Brown named his law, “Yes Means Yes,” sending a loud message to young women: You are too stupid to intuit the meaning of the word “yes.” You need a man to define the simple concept of “yes” for you.

Well, Brown is at it again. This time, he’s passing legislation targeting dairy cows for the horrific crime of releasing methane when they pass gas, belch or defecate. Brown has decided that he knows more than centuries of farmers—all over the globe—who have used and prized manure as a fertilizer.

“Manure is a valuable fertilizer for any farming operation and has been used for centuries to supply needed nutrients for crop growth,” according to researchers at the University of Minnesota.

Organic! Natural! Free-range! Environmentalists routinely employ these words to make themselves sound hip and helpful. But if you’re truly “green,” wouldn’t you favor organic fertilizer (manure) over a cocktail of chemicals? If you love animals, wouldn’t you want cows to be free and unencumbered while expelling gas in the open air?

Apparently not. The “biggest target” of Brown’s law is “dairy manure,” reports the Associated Press. By 2024, state officials want all dairy farmers to be in full compliance with strict new regulations—including requiring the use of methane digesters (costing $1.5 million per digester on average) and compelling farmers to completely change the type of feed they give their cattle.

Dairy farming margins are very slim. Gov. Brown must be hankering to put dairy farms out of business, since 95 percent of American dairy farms have fewer than 500 head of cattle.

Dairy farms in California already face a deluge of rising costs, causing milk prices to rise. There have been water restrictions in the Central Valley due to California’s five-year drought. California also happens to be responsible for 80 percent of the world’s almond yield and almond farms have been able to handle the costs associated with the state’s increased minimum wage better than dairy farms. Consequently, California lost around 10,000 dairy cows in the first half of 2016 alone. As if matters weren’t bad enough, legislators signed a law forcing California farmers to increase overtime wages.

If it sounds to you like themiddle class might be hurt the most by Brown’s new legislation, you’d be right. Brown recently bullied California taxpayers into giving him a hefty salary bump (from $182,789 to $190,100). In fact, the Los Angeles Times reported that many state officials and legislators approved a 4% raise for themselves this summer.

So while the average American makes less than $30,000 annually, so-called “public servants” in California are receiving handsome raises. Politicians won’t struggle to buy $10 per gallon milk at the grocery store. But—as California is America’s largest dairy producer—middle class Americans across the country will struggle because of Brown’s foolish legislation.

Dairy farmers point out that reducing emissions in one state, or even one country like the United States—by raising costs on farmers—will not stop climate change. What will happen is that American dairy farms will shutter, and eventually relocate to other states and even other countries.

When the EPA forced the United States to stop mining for rare earths (elements needed to produce technology like iPhones and iPads) to supposedly “save the earth”—it backfired by sending 97 percent of the world’s rare earth business to the world’s largest polluter: China. We will only increase global pollution, poverty and malnourishment by asking another country with looser standards and less efficiency (think Mexico) to produce our milk instead of California dairy farmers.

Science does not support Brown’s legislation. If you take away one fact from my column today, take this: Scientists with the Nongovernmental International Panel on Climate Change (NIPCC) conducted an independent assessment of the same peer-reviewed science that has been analyzed by United Nations-sanctioned scientists and found that there is “no hard evidence for a dangerous human-induced warming.”

The end result of Brown’s legislation? Less methane to stop a problem that doesn’t exist. We can fret about emissions from cow farts until the cows come home. But humans are not powerful enough to alter the course of nature. Only God is that powerful.

To preserve the planet, and the humans who inhabit it, we should find a new governor for America’s most valuable dairy-producing state. This is not an impossible task. Recall that California once had a great governor by the name of Ronald Reagan.

Join me in fighting poverty and fake science. Pass this article along to your friends before Christmas. Because we all know Santa Claus likes his cookies with milk.

Californians don’t drink milk, they drink wine and orange juice and eat nothing but Brie cheese.

They don’t need cows for food and get all the companionship they need from their Chihuahuas.

The Brie cheese is imported, of course.

California (or its big lefty cities) under a hypnotic spell of thinking it can have both good and evil at the same time under some kind of symbiosis.

5 posted on 12/05/2016 4:01:49 PM PST by HiTech RedNeck (Embrace the Lion of Judah and He will roar for you and teach you to roar too. See my page.)
[ Post Reply | Private Reply | To 1 | View Replies]
To: Kaslin
To preserve the planet, and the humans who inhabit it, we should find a new governor for America’s most valuable dairy-producing state.

There is no hope of getting a better governor. Thanks to our open primary law, the next gubernatorial race in California will probably be between two Democrats, both of them worse than Brown.

They just gave themselves a 4% pay raise....they are now the highest paid gov employess in the land.

Happy cows don’t come from California; the liberals there are too busy trying to exterminate their species for their farts. Here is his dad's old place: 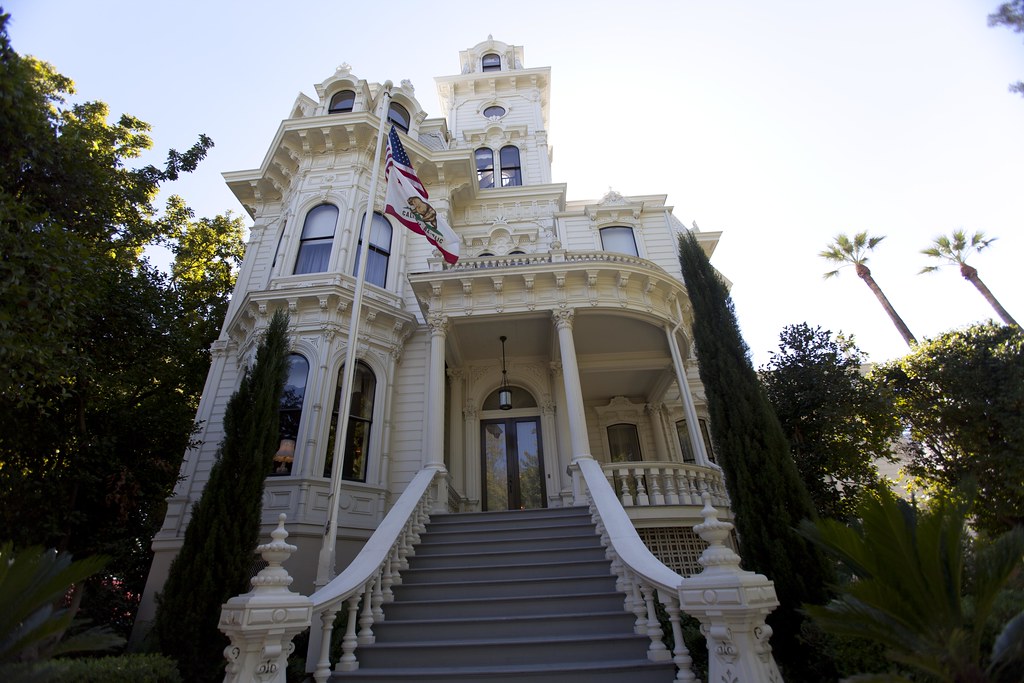 Where is the supply of virgin child hearts, keeping these ancient liberals alive, coming from?

Why in the hell should a methane digester cost $1.5MM? They come in all sizes from 55 gallon and up, and are dirt simple devices. Any self-respecting farmer can probably build his own. There are designs all over the I’net.

Liberals are utterly (udderly?) detached from reality. Trump’s election is hopefully the beginning of a long overdue backlash against their fascist stupidity.

I can’t believe he’s going to talk about PIZZAGATE.

Jerry does not need much for his sleeping bag.

My grandparents used to live next door to that home. My grandma and uncles/mom said the kids of Edmund Brown were the biggest spoiled brats.

Because some politician's brother in law is selling it.

How did the US ever survive the 60 million plus bison that used to roam unregulated from coast to coast before the 1800’s?

Yes, but these will have to be “state certified” digesters.