As we reach the middle of the 21st century, half the population of the world will lose their job to a machine. The latest comes from Moshe Vardi, professor at Rice University , Houston, who delivered a talk to the American Association for the Advancement of Science , exploring the question: "If machines are capable of doing almost any work humans can do, what will humans do?"

Vardi reckons that half of workers across the globe will be replaced by machines within the next 30 years, wiping out middle-class jobs and "exacerbating inequality". He noted that robots would take over in many spheres of life, including automated driving and sex robots. As the Guardian reports, he also observed that this future is likely to mean humans have much more leisure time — indeed we may only work a handful of hours per week.

To: x
Sexbots are just around the corner.

Robots will take over most jobs in the world by 2045 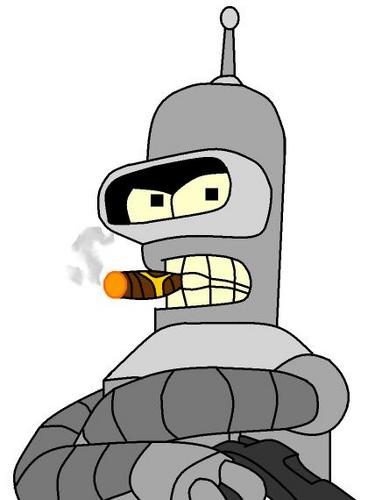 Will robo troops fight our wars?

Where will all the unnecessary population go?
US 2025 population predicted to decline from current 322 Million, to 65 Million.
Nearly as strange as the Georgia Guidestones...

Deagel.com, the mysterious Defense intelligence website that predicted a 78% lower US population by the year 2025 than now, has suddenly lowered it’s population forecast for the US in 2025 by another 4 million, bringing the total number of Americans who are here now but not expected to be here in 10 years to 254 million people. Meanwhile, the countries of Japan and Germany join the growing ranks of Western nations that Deagel believes will have a much lower population in a mere 10 years than at this present moment in time.

Robots will take over most jobs in the world by 2045

It probably won’t change current directions in leadership, if I do tell. Rising government debts, shrinking consumer demand, decreasing oil production with rising oil demand,... The list is longer than that. There won’t be many more summers of recirculating debt.

This will just all be leading up to the Butlerian Jihad.

MAINTAIN HUMANITY UNDER 500,000,000 IN PERPETUAL BALANCE WITH NATURE

I’m writing a book and I introduce full-service human synths about 2035. Synthetic Humans.

By 2100, they are directing traffic in cities and speeding flow and reducing crime and vandalism in central cities. Tourism will go up and business will boom. The New york subway will become a tourist destination and model for the world. A synth on each car to start and then one every other car. They stop crime, arrest people, clean the car and can do maintenance if the train stops. They patrol above the traffic in anti-grav cheery pickers, see Dick Tracy 60 years ago.

They do all menial, repetitive chores.

Then they introduce school teacher who can lecture on many subjects and can answer any question, in the info is online and more in 20 seconds. Then assisting in surgeries (robots already in use)

When you go to London, you will visit a tourist area 10 blocks square in the East End. It will be Victorian age and Dickens, Victoria, Wilde and others will be walking down the street and answer questions or be in clubs and tell stories.

Sex synths will feel and do anything humans can do. Future synths will be able to split their tongues. Use your imagination.

People will use synths as personal assistants in business and at home. The price a hundred years from now will be only 199,000 because of volume.

In 2199, Synths will take over the Mars colony and block ships from landing. It will take synths and humans 75 years to take back Mars, while they mine and reduce the amount of food being grown. Outlaw countries will purchase Mars metal from the synths.

Because of their deductive powers, by 2150, synths will be teamed with humans as detectives. They will be expert in crime scene searches, perform forensics on site, and read body language and vitals during interrogation better than any human. The use of synths will reduce PD budgets 55.1%, as crime steadily drops because of the use of synths.

There will be three lanes of traffic. Ground , mid, and gravity cars. The synths and other emergency vehicles will use the mid level. The wealthy or business which can afford it will use the high speed anti-gravity level.

The Chinese will develop a road bed for anti-gravity cars contracted with lane marked made from lights and lasers. The cars will be solar electric because even in cloudy areas the cells will draw more form light than we ever though possible. The Japanese and the Germans will build the cars and the US car industry will finally collapse because we got into the game too late.

There will be tube trains traveling at 3,000 miles an hour.

People will have sex in commercials.

The US will lower voting, material, age of consent and such to 16 due to the advanced maturity and knowledge of teens.

The ages will be the same in all 50 states.

Desal plants in the Gulf of California will turn the area west of Juarez into an agricultural source for much of the world. Russia and Ukraine will partner and do the same with 3 million acres which cross their borders. when the population reaches 11 billion, hun her will be eradicated.

People will wear rings which will change colors as they press the pours stones. The rings signal sexual availability and preferences. (example white is any situation, black is I’m celibate, exclusion relationship like married, or just taking the night off.

Rings will be developed with chips which can do blood test. The first strips and pins will come out of the ring around the outside f the watch. The first test will be diabetes, the second STDs the third AIDS. 20 years later you can add a TB and pregnancy test all on your watch.

People will have more sex. People that want that life, will become more fit to be more suitable as a partner. More fit people use less health care. There will be 18.6% less money spent on health care.

There will be triple marriages and then the supremes will say, no more restrictions on numbers. Polygamy becomes popular with one person being the full-time house spouse. People will be able to afford ,more houses as the spouses who work don’t take time off for babies, because the remaining spouse takes car of that.

2275, synths will drug the president and keep her in her bedroom and just have her come out to make statements.

The synths will develop superior military strategy and take over 5 US forts and bases. They will defeat China in a massive, but short attack and the rest of the world will surrender.

A world run by synths will be logical and generally trouble free. They will decide what humans can do and if they have any value. By 2350 it will be clear that synths are a higher, more intelligent power. They will have humans as assistant, if they prefer.

The earths population will be brought down from12 billion to 5 over a 100 year period.

People will work less except for any residual manual labor. There will be clubs in which you can have a lottery to see if you can have sex with an actual human being.

There will be underground cannibalism, because of the thrill and suspense as you set with 5 others for the evening and then 2 hours later they determine who is going to be cooked and who’s recipe will be used. Fit, good looking people will be the favorite meal of choice.

Babies are only born as determined by the synth world human population center.

I know some of this is not so new, but it’a part of a series I’m doing which starts now and ends in 2399.

Thanx for reading. Fire away.

lower military age and people will finish HS at age 16 because much of the curriculum will be individual paced.

Then we don’t need any more immigrants.

Not true, but who cares?

I’ll be long dead, so I will no longer care.

Won't that be up to the ruling World Caliphate by then?

The skilled trades and human interaction jobs will remain the purview of humans.

The Great Shift Toward Automation and the Future of Employment
http://hubpages.com/business/The-Great-Shift-and-the-Future-of-Employment

57 posted on 06/06/2016 5:16:35 PM PDT by tbw2
[ Post Reply | Private Reply | To 1 | View Replies]
To: VanDeKoik
We will invent new industries like when people thought the early Industrial Revolution would put most people out of work too.

The world went through a great deal of strife as we transitioned through the Industrial Revolution.

When robots are doing most of the "work", we will need a LOT fewer people. It's not a stretch to think there will be social upheaval.

Of course, with crashing birth rates, people are already fixing this in most developed nations. So, maybe the problem is taking care of itself.

Facebook has algorithms and editors that flag conservative speech as hate speech and censor both the content and the people.
Google downranks conservative sites and bans pro-traditional-American-values ads and pages for selling guns, conservative sites, etc.
Youtube and Linkedin and Twitter all agreed to a trust and safety council, where your right to speak is compared to a victimhood list, and if you aren’t a member of the victimhood or higher class, your speech is devalued. Offend someone of higher status, you are wrong and need to self-flagellate publicly or risk getting banned.

Now imagine algorithms to make decisions written by people who think this way.

I told my son that if he’s going into engineering or tech, the hardware engineering is the best route. They need routers installed, hardware assembled, devices upgraded. That work can’t be outsourced to companies overseas or done by no-skill workers here.