Expect to see a whole lot of President Barack Obama this campaign season as he works to spell out what he sees as the stakes in the 2016 election and tries to defend his legacy.

As he approaches the end of his term in the midst of an election year that has been defined by heated, often controversial rhetoric coming from the leading Republican candidates, like GOP front-runner Donald Trump, the President is vowing to do all he can to make sure a Democrat replaces him at 1600 Pennsylvania Avenue. He also wants to retake the Senate and win more seats in the House of Representatives.

"The President has been clear that as we get closer to the general election, it will become even more important that the American people understand what is at stake," said White House Deputy Press Secretary Jennifer Friedman. "Do we continue to build on the policies that reward hard-working American families, advance our economic and national security, and address challenges for future generations, or do we stop in our tracks, reverse our progress and move in the wrong direction? This is a choice that the President does not take lightly, and is something he will lay out for the American people with increased frequency in the weeks and months ahead."

TOPICS: Extended News; News/Current Events; Politics/Elections
KEYWORDS: democracyspring; elections; obama; obama2016election Navigation: use the links below to view more comments.
first 1-20, 21-40, 41-45 next last
We absolutely need a Republican candidate who will beat the joint Clinton- Obama machinery, or the whole country is going down the tubes and we are going down with it.
1 posted on 03/19/2016 8:19:06 AM PDT by Innovative
[ Post Reply | Private Reply | View Replies]
To: Innovative

It’ll be Slow Joe, not Hillary.....Slow Joe is his PUPPET!

And the bass turd will be using OUR taxpayer dollars to campaign for another commie pig. We desperately need some comprehensive government reform in this country.

I knew Barry couldn’t simply stand by while the populous focuses on subjects other than him.

I can’t believe Obama doesn’t know the fecal storm headed his way when the FBI unloads on Hillary. The Clinton fecal wagon is about to be tipped over. That’s what Obama will be remembered for.

Oh he’s left a legacy alright. There won’t be another black president in office for another 100 years because of it unless its someone like Allen West.

8 posted on 03/19/2016 8:24:30 AM PDT by originalbuckeye ("In a time of universal deceit, telling the truth is a revolutionary act." - George Orwell)
[ Post Reply | Private Reply | To 6 | View Replies]
To: Innovative
Expect to see a whole lot of President Barack Obama this campaign season

Excellent this turkey is a disaster everywhere he goes .... if he's campaigning for Hillary, that should pretty much insure a Trump victory! 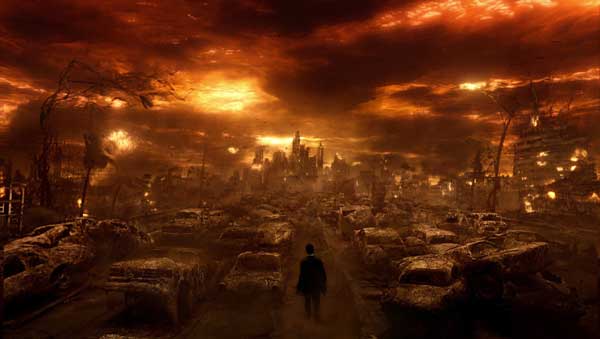 In other words he’ll rile his homies up. Tell them to get in our faces.
And it’ll probably work.

Maybe America should show up at his ‘hate speeches’.
Oh, only true homies/ brown coats/BP would be allowed within a mile of him.

His ‘legacy’ will be as the worst president we’ve had.

Selling out the USA to our enemies will be his legacy.

By the time B0 and the media wrap up this campaign over 50% of those polled will believe that B0 was the greatest president ever.

Actually, the subjects are all about him and how each of his failures are responsible for the mess America is in.

He’s got to get out there and Lie Lie Lie with a bullhorn.

He was supposed to be the “post-racial” President that sealed the healing of this interminable racial division this country has had.

Instead, he watered it, tilled it and fertilized it with a concoction of racial and divisive choices for his henchmen Cabinet Secretaries and Supreme Court appointments.

Adding insult to injury, this subterfuge of actions that increased the racial and moral divide, never really was about any of that. Instead, it was and is borne from the underlying basic fact that this man is and will always be a Muslim who hates this country.

Obama campaigning for Hillary will drive more voters to Trump.

The GOP establishment has yet to wake up and smell the coffee.

And that’s a good thing.

Bill’s legacy was a stain on a blue dress. Yours will be a nuclear armed middle east.