The pilot killed in the Apple Valley plane crash has been identified as 60-year-old Mike Mangold, a world-famous aerobatics champion for Red Bull who was a resident of Victorville.

The crash occurred on Sunday, December 6, 2015 at about 2:20 P.M., according to the Apple Valley Fire Protection District the aircraft is described as an L39 Jet. Witnesses say, that the small plane was attempting to take off from the airport located at 21600 Corwin Road. Click here to view: Highlights in the History of Aviation and Aerospace - The Past, The Present, and The Future:

Please ping me to aviation and aerospace articles. Thank you.

If you want added to or removed from this ping list, please contact EveningStar or Paleo Conservative. 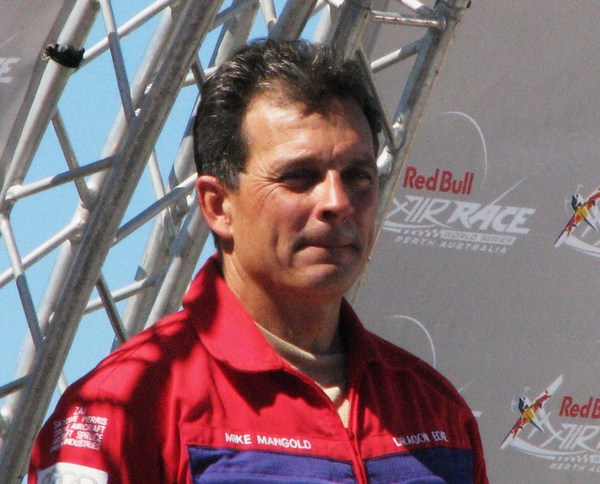 May you get your wings from angels now.

He liked to push the envelope.

6 posted on 12/06/2015 7:14:00 PM PST by SkyDancer ("Nobody Said I Was Perfect But Yet Here I Am")
[ Post Reply | Private Reply | To 1 | View Replies]
To: EveningStar
I was just thinking this morning as I went for a hike that I might be dead today. Well that hasn't worked out yet (but still about an hour and half left in the day) but almost everybody that dies on a given day wakes up that morning not thinking that they are going to die.

So what we have to do is make sure that we live well today as it might be our last.

Nothing on the @vvdailypress feed. I’m shocked. I heard the sirens, but didn’t know what is was about. Very sad for the A.V. aviation community.

I was in Greensboro, NC recently and attended Saturday mass. The priest said that he asks for salvation every day when he wakes up so when the time comes he will be ready.

Sounds like flame out on takeoff possibly.Prayers for his family and friends.

RIP. Guess he’d say he died doing what he loved.

They mentioned this on LA news tonight. Witnesses said it basically blew up on take off. Instant fireball. I guess I would prefer to go quick like this.

The plane is an old Soviet trainer popular because it’s an affordable jet that can be bought for less than 300k.

18 posted on 12/07/2015 1:22:49 AM PST by Moonman62 (The US has become a government with a country, rather than a country with a government.)
[ Post Reply | Private Reply | To 15 | View Replies]
To: EveningStar
I flew into a small airport and found this little guy stuffed in the back of a hanger. They seem to be popular.

Good grief. What’s he worried about? Some slight mis-thought, or was he a soldier in some War of thought?

The BS’ers, are always hiding from truth, by pronouncing their righteously sad & poignant distance from it. Always.