It's official: Nicolle Wallace really doesn't like Sarah Palin. On today's Morning Joe, Wallace—who was Palin's chief handler during the 2008 campaign—took the occasion of Palin's speech at the Iowa Freedom Summit on Saturday to jab at the former veep candidate.

Wallace had been asked to comment on conservative columnist Byron York's panning of Palin's speech as "long, rambling, and at times barely coherent." York's column also passed along criticism of the speech by a number of Iowa Republicans. Wallace said that it was interesting to see York come "full circle," since back in 2008 he had been a staunch Palin defender, blaming the campaign for the way she was packaged. Wallace then doubled down with this dig: "This is who she is. This to me is evidence that she has finally shed last one of those annoying handlers." Reeoorw!

There's the rub, she couldn't 'handle' her.

For her to go on MSNBC tells me everything about her and her ilk.

22 posted on 01/26/2015 6:36:53 AM PST by manc (Marriage =1 man + 1 woman,when they say marriage equality then they should support polygamy)
[ Post Reply | Private Reply | To 17 | View Replies]
To: raybbr
It WAS "long, rambling, and at times barely coherent." Boring, actually. I came away with no message or theme. Just a bunch of one-liners thrown out to see a reaction. Little applause or real laughter.

My point is that Wallace acted extremely unprofessionally. This is not her place.

I would avoid Wallace like the plague if she was sent to work with me.

The left destroys anyone who they see as a threat to their stranglehold on power. 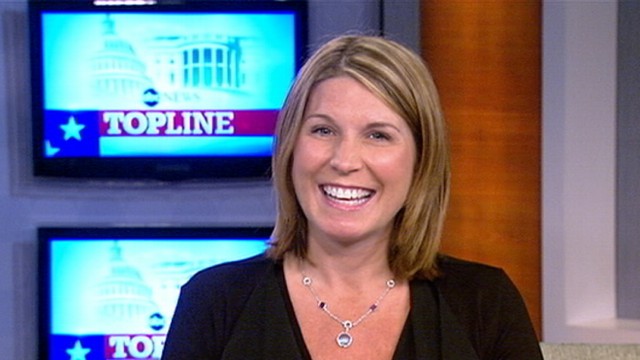 Nicole is looking kinda . . . old. She hasn’t aged nearly as well as the woman who (in her mind only) is her rival. Purity of heart is what keeps one young, unfortunately for Nicole.

Her speech may “have been a mess” but she is head and shoulders above most if not all of the GOP loyalists field. She and Scott Walker are the only two with a track record worthy of my vote. The rest of the field is either GOPe or all sounds and fury, with no track record.

Yo, Nicolle, get lost.

THIS SHOULD BE A RULE:

The GOP infiltrators.
I am sure they are passing secrets to the RATS.

Anyone who is fool enough to hire these two is not ready to be President.
They only serve McCain and he doesn’t share power.

Nicole’s roots were showing this morning. Can’t afford foils? Is she not getting her paycheck from The View?

Yes... And I wonder how Byron York feels now that he’s solidly aligned with Wallace? I just listened to the Palin speech in question by the way... WTF? She rocked it Byron, again.

From York’s essay, it appears Palin came on like Jimmy Fallon, a talk show host, when the junket was supposed to be about defining the candidates’ vision for the next 4 years. Reagan wrote a lot of his speeches, and he was message-oriented to the point that journos called him senile. But Americans understood that he was charming, but a serious man who talked about serious things. Palin’s talk show persona might (or might not) resonate with conservative voters, but it’s a big gamble.

1) sticks her head up out of the snow
2) teases that she is interested in running for president
3) gets her fan club worked up
4) sells a bunch more reality shows, books, speeches, etc because of the bump in coverage
5) and then, of course, never runs for president (or any other elected office)

Why do you think it was a mess?

I’d say it was 30 minutes of not saying little of substance, but she exhibited personality and made it a little entertaining. The other candidates said little and were boring.

No one at this stage is prepared to put forth a specific platform. All they will do now is get up and blab generalities. That’s not bad if the sum of it all is to make voters more inclined to vote conservative.