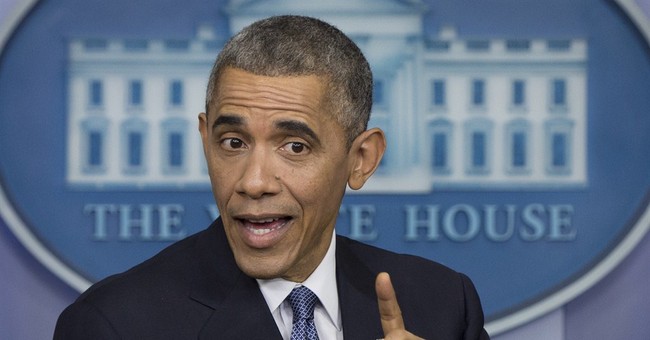 There is no way to sugarcoat the past year, except to say that, with a rare exceptions, it's been one of our nation's worst in many years.

In the areas of greatest concern, things have grown a lot worse for those in the bottom half of the income scale in a still-uneven, job-challenged economy across most of the nation.

The Gallup Poll reports this week that only 23 percent of all Americans they survey each month "were satisfied with the way things are going in the U.S."

That number has precipitously fallen to "the lower end of what Gallup has measured since 1979", the polling firm said. That was when America was scraping bottom under Jimmy Carter, surely one of our worst presidents, at least until Barack Obama came along to redefine what "worst" really feels like.

In December 2008, polling by CNN-Opinion Research Corporation found that more than 75 percent of the people they surveyed said Obama "can manage the government effectively." Flash forward to earlier this year when only 43 percent would say that.

For the past six years, the No. 1 issue in the country has been the economy and jobs and that's unlikely to change in his final two years. Even though Obama's Commerce Department reported this week that the economy grew by 5 percent in the third quarter, up from the government's earlier estimate of 3.9 percent.

That's an unexpected revision in the Gross Domestic Product (GDP), which is the broadest measurement of the economic health of the country that took many economists by surprise.

Particularly at the Federal Reserve which is predicting the economy will grow by little more than a tepid 2-to-3 percent which may be closer to the truth once the fourth quarter numbers are in.

The government throws many numbers into the GDP basket. Things like federal, state and local government spending, exports, and various investment expenditures.

The sharply higher GDP number was largely due to faster consumption (3.2 percent vs. 2.2) -- despite flat or falling incomes.

That's why Paul Dales of Capital Economics warns that even though the GDP number looks rosy, it suggests that households have had to dip into their savings to boost spending. And that can last only so long.

But other numbers tell a bleaker story about the Obama economy. For example, existing home sales plunged last month to their lowest level in half a year, a worrying sign of economic weakness. Housing sales are a major chunk of the economy and it appears that a lot of Americans are not in a financial position to enter the market.

"This is not good news," said Lawrence Yun, chief economist at the National Association of Realtors. "The November decline was a sizable one."

But let's get to the numbers that matter most to average middle-class Americans, many of whom are hurting more this year than ever before.

Gallup regularly conducts tracking surveys on the jobs front, finding that the underemployment number is great deal worse than the government's other monthly figures.

Their poll finds the nation's underemployment rate -- people who need full time jobs but are forced to accept lower-paying, part-time or temporary work -- is a withering 15 percent

Moreover, a depression-era 40 percent of Americans polled by Gallup describe themselves as "struggling," with another 10 percent saying they're either "suffering" or under a great deal of "stress" in their attempts to make ends meet.

This is why -- no matter how much Obama continues to insist his economy is doing better -- that every poll during the Obama years still ranks the economy and jobs as the most important problem facing the country, Gallup says.

After a six year string of record deficits and an historic $6 trillion in added debt, plus one administration scandal after another, dissatisfaction with the government is also "consistently ranked among the most important problems facing the country," Gallup said this week.

Obama was swept into office promising an era of smart government. Instead, his administration has turned into a breeding ground of badly mismanaged bureaucracies and dysfunctional programs run by political hacks and worse.

In 2013, they included the Internal Revenue Service's political targeting of conservative tea party groups, the botched rollout of Obamcare, and Edward Snowden's National Security Agency surveillance leaks that gave aid and comfort to our worst adversaries around the globe.

That's for starters. In 2014, former Soviet KGB agent Vladimir Putin, whom Obama trusted enough to want to "reset" relations with him, seized the Crimea Peninsula and sent forces and arms into Eastern Ukraine, getting off scot free with little more than a sanctions slap on the wrist. He's still there.

Then the scandal of scandals unraveled at the Veterans Administration where aged veterans were kept waiting for months for life-saving treatment, as officials doctored their records to show a much shorter waiting time. Many died waiting.

Throughout this period, Obama was caught asleep at the switch in the war on terrorism and has been playing catch-up ever since -- drawing blistering criticism from a tell-all book by former Defense Secretary Leon Panetta for his indecision, ineptitude and timidity.

In 2012, he campaigned on a myth that al-Qaeda had been "decimated" and was "on the run." In fact, they were metastasizing into larger and better-funded ISIS armies that went on a blood-soaked rampage in the Middle East -- seizing large swatches of territory in Iraq and Syria, and beheading American hostages with impunity.

Obama's policy was rapid withdrawal from the war on terror and little else, leaving behind a huge vacuum into which the Islamic State sent tens of thousands of terrorists to slaughter untold numbers of noncombatants in an all-out blitzkrieg to destabilize the Middle East.

But rest assured gentle reader, Obama is said to be on top of it all as he hits the golf courses, beaches and luaus of Hawaii, hoping that 2015 will be a better year.

The intentional destruction caused by the president this year is probably one of the worst ever in world history ever.

Actually, for him it’s MISSION ACCOMPLISHED.

He has had a “wonderful” year. He continues with his anti-American, anti-Rule-of-Law, unconstitutional “transformation” of America without any significant opposition from the idiot, coconspiratorial repubs. I’d say this criminal has had a very successful, wonderful year.

5 posted on 12/26/2014 7:35:37 AM PST by hal ogen (First Amendment or Reeducation Camp?)
[ Post Reply | Private Reply | To 1 | View Replies]
To: Kaslin
We need to pound into the public mind that the Libtard ideal falls somewhere between the models offered by Argentina (at best) and North Korea: a disappearing or non-existent middle class, with a small single digit percent elite controlling the national wealth and distributing the crumbs to poor based on their political connections and party loyalty.

And, yes, large parts of the opposition will cooperate in return for a superior position at the distribution trough.

It has been a very good year for Obama. He got his equivalent of the Enabling Act passed by the Republicans in the House and his political future is on the rise as he takes control. He has no opposition. The Nation, or at least the nation’s Representatives and Senators are behind him 100%. The election cleared away the possibility of opposition from the political class. From here he has clear sailing. We have had our last consequential election. The Consequence was to eliminate consequences. The vote is now a meaningless ritual.

The number of RATS in DC?

The article is completely wrong. Obama’s party won the election with the 2/3rds who didn’t vote. Everything else was just Republican noise.

I put a turd in Obama’s Christmas stocking. He came down on Christmas morning and pulled it out of his stocking and said, “Look! It’s a Harry Reid action figure!”

...And his fellow travelers give him a 48% approval rating.

13 posted on 12/26/2014 8:08:50 AM PST by griswold3 (Just another unlicensed nonconformist in am dangerous Liberal world.)
[ Post Reply | Private Reply | To 4 | View Replies]
To: Kaslin
There is no way to sugarcoat the past year, except to say that, with a rare exceptions, it's been one of our nation's worst in many years.

Beg to differ, the MSM sugarcoats everything the Kenyan Kommie does. Anyone who gets their news from the MSM only still thinks Obama craps precious gems.

We’ve got two more YEARS to go with this putz.

IMHO, we ain’t seen nothin’ yet!

Sorry...Obama’s had a very good 2014. Got everything he wanted and more.

Oh PLEASE....Obama is having a FABULOUS year Ruining our country!! And NO ONE is trying to STOP him!

What , I thought the Obama Admin called it a Great Year , LOL

How can anyone think he’s having a bad year?

A clue. Fundamental change. Golf for two weeks in Hawaii for about $10,000,000.00 on a $450 k salary. His friends, sharp ton, den ladino and holder in the lawless community wreaking havoc on cue, just to note last week’s activities

Why would anyone think he’s having a bad year?

So many people are clueless