Good news! The rug-muncher is OUT!

>> If Jews in the US are so concerned with the future of Israel, ...

Their support or lack thereof is irrelevant.

BY SEVEN VOTES! (subject to recount)
We win another Council Seat in my town ... Council is now
DEM 9
GOP 6
we bust the veto proof majority that was 10 to 5.

I claim no credit, only regrets.

voters could vote for 2 of the 4 and elected two. Carlozzi and Salvio.

she is 26 yr old ... liberal Republican. The best they had to run ... daughter of former Mayor. She’ll keep taxes down. Everyone in the administration is a conservative.

That’s unfortunate. Social leftists can’t be trusted on fiscal issues, despite claims to the contrary.

The good part is that, when she inevitably flops, I won’t have to shed a tear. In the meantime, we have 4 new Councilmen.

-an obnoxious, older, very conservative former DEM
-a moderate DEM who ran on the GOP ticket.
-a true conservative Independent ... who doesn’t like people.
-a young outsider guy ... who won by 11 votes in a district where I spent a month doing GOTV ... and he is too dumb to send me a thank you email cuz he doesn’t realize he won because of a few of us canvassers.

I am dropping out. The only few people I think are worth it lost by a handful of votes .... just wait for them to give it another shot. I have no connection to anybody who is elected.

And I’ve grown as cynical as some of the cynics who post here.

26, wow. A liberal but she hired conservatives? Weird.

She could stand to lose a few pounds.

Good luck with the city council recount, I bet they find 10 rat votes behind a dumpster somewhere.

I guess it demonstrates the dangerous hive mind tendencies of the “Levin is Jesus” crowd. They’ll swallow whatever propaganda he sells.

I find it completely baffling, not to mention sickening.

well, it is not weird. There are no liberal Republicans in cities ... they stay in power by staying DEMS.

In Republican small towns, liberals become Republicans so they can run the town.

This Mayor is from a Republican family, sort of. Since the main group that openly supported her were the GOP town committee, she is filling her admin with those people. The incumbent was a genuine Commie progressive activist, community organizer ... who went full throttle left ... for two years ... and created a backlash.

But...but....but... wait... Isn’t Venezuela a Worker’s Utopia now, where everyone is happy, carefree, and living in the Socialist Paradise that Hugo created???

Well, you got no choice. Gotta keep chugging away. You may not get any thanks, but you know that your work keeps your area from going to the dark side.

Gee, that’s what I though...and Hugo was good enough to give heating oil to the poor of the USA.

Looks like the bullsh*t and the script don’t match up.

156 posted on 01/08/2014 10:45:08 AM PST by GOPsterinMA (You're a very weird person, Yossarian.)
[ Post Reply | Private Reply | To 154 | View Replies]
To: Impy; sickoflibs
Worse, they'll say you "hate America/the constitution/the founding fathers" if you DON'T blindly agree with Levin. Levin's opinion alone determines what America should be, and the intent of the founders and the Constitution.

Objectively, I'd say I agree with Levin 80-90% of the time, but that kind of mentality about his personal opinions is scary. I don't like when the left treats their taking heads as infallibility deities, and I don't like when our side does it. 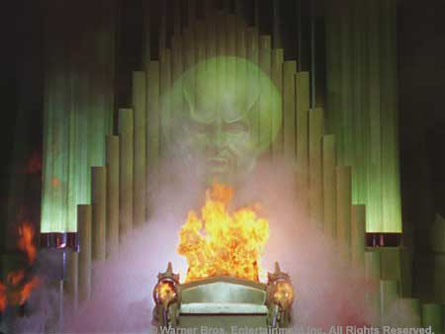 DO NOT DARE QUESTION THE AUTHORITY OF I, THE GREAT ONE, MARK LEVIN!!! I AM THE MOST POWERFUL CONSTITUTIONAL AUTHORITY IN AMERICA!!!!

PAY NO ATTENTION THAT MERE MORTAL RADIO TALK SHOW HOST BEHIND THE CURTAIN!

gotta improve my methods ... be judicious about who I associate with.

Part of my problem is that I am a visible Greenberg supporter, which made me persona non-grata with the town committee leadership. They could see that I was not a “team player”.