WWII veteran Delbert Belton survived being wounded in action during the Battle of Okinawa only to be beaten and left for dead by two teens at the Eagles Lodge in Spokane on Wednesday evening.

Belton, 89, died from the injuries he suffered in the beating Thursday morning at Sacred Heart Medical Center.

Witnesses say the Belton was in the parking lot of the Eagles Lodge at 6410 N. Lidgerwood, adjacent to the Eagles Ice-A-Rena, around 8 p.m. Wednesday when the two male suspects attacked him.

"Shorty," as he was known by his friends at the Eagles Lodge, served in the U.S. Army in the Pacific during WWII and was shot in the leg during the Battle of Okinawa. He went on to work at Kaiser Aluminum at the company's Trentwood plant for more than 30 years.

He loved playing pool, even though he claimed he was no good at it and had been a member of the Eagles Lodge for the last four months. In addition to playing pool he loved working on cars.

Spokane police are looking for two male suspects in the attack. They said the suspects are African Americans between 16 and 19 years old.

Police investigating the deadly attack on Belton are also working to obtain surveillance footage from the scene. 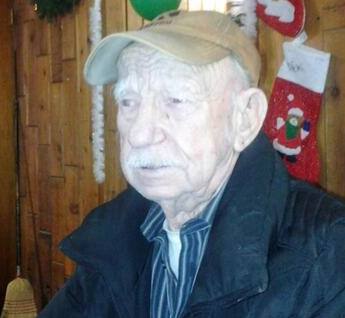 Two of Obama’s sons on the loose.

Yep, Obama’s son playing their knock-out (or kill) games. Worthless pieces of crap—not fit to live on this or any planet.

May this American hero be honored and remembered big time for his heroism and patriotism and the scum who murdered him get the punishment they deserve. 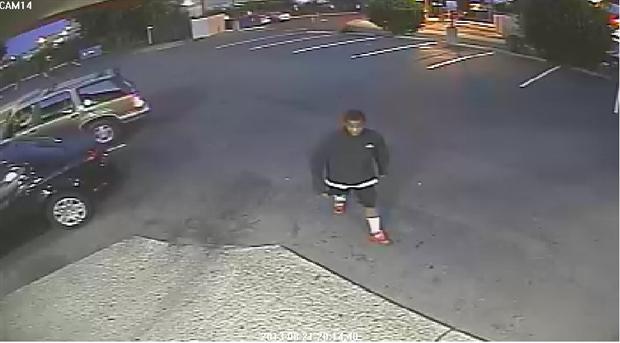 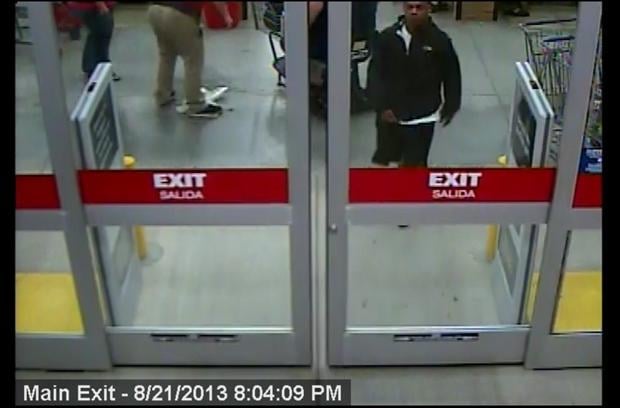 Wake up Yankees...bedtime is over.

I guarantee I’ll be armed and elderly.

Smile bros! That’s the last time you’ll be smiling. Someone for sure will ID these effers. Decent shots for surveillance cams.

The feral yutes must he hunted down and put down like the rabid dogs they are.

Damn fine looking American, I’d give anything to change the circumstances of his passing. Hard to suggest that he rest in peace.

Does the MSM think the code word “teens” isn’t immediately understood? I don’t have to look at any pictures, or even read any more about any article to know exactly what “teens” means, and teens seems to be used all the way up to their late 20’s.

I hope Mr. Belton knew Jesus before he was brutally murdered. I also hope that Obama’s two sons will quickly get to know Jesus and then meet Him fairly soon in person.

20+ years ago the $PLC won a civil law suit against Tom Metzger, his son, and his white supremacist group. The suit was on behalf of a victim of a vicious murder by skinheads of a defenseless black man in Portland.

"Using the doctrine of vicarious liability, plaintiffs' attorneys argued that the Metzgers should be found liable for intentionally inciting the skinheads to engage in violent confrontations with minorities. A jury agreed, returning a record $12.5 million verdict against the Metzgers and WAR. Tom Metzger was personally responsible for $5.5 million of that sum."

IIRC the skinheads were not members. They had been exposed to what WAR was putting out publicly. Kinda like NBC.

Who incites these black-on-white murderers?

Their friends and families? The lucrative civil rights and victims' industries? Sharpton? Jessie Jackson? ABCNNBCBS? The Nytimese? The Latimese? Who?

A civil trial would likely uphold the doctrine of vicarious liability in these cases too. A lot of deep pockets among those people.. but hurry while the MSM still have a couple of "news" organizations with any pockets at all.

18 posted on 08/22/2013 5:16:06 PM PDT by WilliamofCarmichael (If modern America's Man on Horseback is out there, Get on the damn horse already!)
[ Post Reply | Private Reply | To 1 | View Replies]
To: granite
Thank God no one noticed the feral Trayvons and called the cops before they could beat the poor old geezer.

One of the feral Trayvons could have been hurt, and that would be a tragedy.

Dead old white men are not a tragedy in Lefty world.

This American hero was two years younger than my grandfather, also a WWII vet, would have been were he still with us. When he was in Europe during the worst of it and earning his Purple Heart, he was only a few years older than one of the monstrous “teens” who perpetrated this vile murder. Matter of fact, he was drafted at the age the older “teen” is now.

The distance between my grandfather and Mr. Belton and the malevolent savage “teens” in this article is a million billion miles. How far we’ve fallen. A nation based on God and His laws, once possessed of a work ethic and basic respect for a fellow American...now quickly being overrun by a pack of feral pigs who bust out of the pen once in a while when wanting to take a break from munching on government-provided slop all day long.