Katie Barnett, a 36 year old nurse from McArthur, Ohio, made the mistake of taking her family on a two week trip last month, never realizing when they left home that they would return to find the family residence ransacked, emptied and, for good measure, the locks to the doors changed.

Apparently, The First National Bank in Wellston, Ohio had set their sights on repossessing a home whose owner had fallen behind on the mortgage payments. That home was located on the Barnett’s street at number 509—a number clearly marked on the mailbox that sits out front of the house. However, when the bank sent Moe, Curley and Larry to take possession and empty out the contents of the foreclosed home, they somehow ended up at a property situated across-the-street and two houses up from the target; a home where the mailbox out in front is clearly marked 514.

It turns out, all Ms. Barnett wanted was $18,000—a sum that included $9,000 worth of car engines and parts along with the loss of furniture, clothing, etc. — which Barnett estimated to be the amount required to replace what the bank had taken or destroyed.

Yet, the bank president—that would be Mr. Thorne who clearly has firm and absolute control of his board of directors considering that he appears to still have his job today—thought that Ms. Barnett was asking for too much money.

TOPICS: Miscellaneous; US: Ohio
KEYWORDS: Navigation: use the links below to view more comments.
first previous 1-20, 21-40, 41-53 next last
To: kingu

There could be devils in many details. But it sure sounds wrong on its face and by pettifogging this the bank is begging for local shame. God isn’t mocked.

classically it’s dewey cheatham and howe. well this is a sinful world if we needed yet another proof.

mayb not that, but screwing people on mortgages, nt paying proper intrest, tht kind of thing was noted that they were shafting their customers.

Mr. Thorne, a probable candidate for the Obama Administration and the Federal Reserve.

Th moron bank president just screwed himself and his bank.

Accordingly, Thorne did what any self-respecting bank president whose business had negligently broken and entered a home and destroyed the contents would do—he lowballed Katie Barnett.

Bad move. The bank should be responsible not only for Ms Barnett's losses, but for a set-an-example award that will break the bank, let its employees pound the pavement, and penalize any pensioners whose accounts have invested therein!

“He told me that I would probably need receipts for everything that they took and they were not paying retail,”

The question is not retail, it's what multiple of retail, amplified by bad publicity! LOL!

The only agreeable resolution is a Nice New House, courteously offered, better than the old one and net of lawyers' fees and taxes!

The writing is surprisingly lurid for Forbes, and so many exclamation marks. I guess this story is internet clickthrough gold.

That aside, this bank should immediately contact plaintiff’s attorney and settle the matter. The damage to the reputation of the bank is bad enough as it is without compounding the negative exposure. The facts are not favorable and the bank president comes across like an arrogant a-hole who is entirely too accustomed to hoodwinking people, not a good thing for a bank dependent upon depositor goodwill.

Settle out, issue a profuse public apology and bend over backwards to undo the damage, or this little bank will go under. Fire the president.

I was doing this sort of work a couple years ago... More than once, I got a work order to change locks on a house, went there (to the correct address), drilled the locks, opened the door and could immediately tell somebody was still living in the house, So I made a call, and was told to replace the lock (to resecure the house), leave a new key for their new lock in the electrical panel and a note on the door having them call the company that gave me the work order. But, That only lasted a short time, before we got an apology form from each bank to leave on the door if this happened, and then when possible our work orders had us changing locks on secondary doors instead of the front door. I guess our company was not happy about fielding those calls. B of A got in so much trouble over this they set up safety procedures to avoid it that included taking a pic of the street sign and front of house and emailing it too them from the field, then calling and going through a 10 minute checklist verifying the property is vacant... after sitting on hold with their call center for an average of 20 minutes and as long as 50 minutes one time. I was denied entry to one house at least 6 times and I had been cutting the grass at for over a year, when I finally got the lock change work order... simply because I could not see inside the house. I hated the B of A lock change work orders because it meant I had to spend an average of an extra hour there before starting any work and it did not pay me any extra.

America’s dumbest. And using a GPS to boot.

It is a wonder to me that someone does not charge the bank president with larceny. His thugs stole this woman’s household possessions. It is my opinion that those involved in this mess on the bank’s part should most certainly face charges of theft of some kind.

Shouldn't that be: dewey, dickum, and howe?

You just don’t understand a short sale is against the banks interests , if they can get a foreclosure then they can stiff the people that really put up the money funding the mortgage AND they can collect on various insurance products they own where they have themselves listed as the beneficial owner.. The “banks” didn’t fund loans and therefore have NO incentive to act in what you see as a rational manner ... they were just middlemen for wall street and investors table funded cash.

Quite simply you need to stand over about 3 paces to the left to see this from the correct perspective, it all comes into focus then.

The word is all this type stuff is done "In-house" AND one of the Bank VPs was on scene and actually was the first one in...! 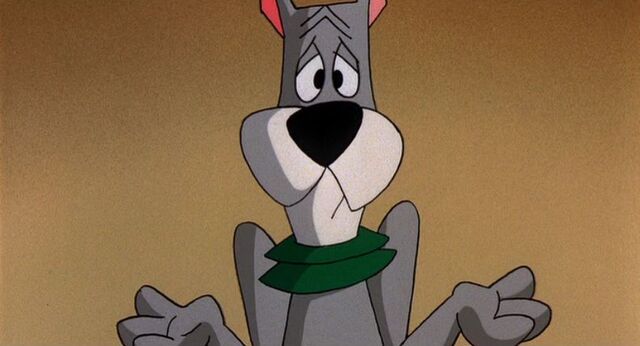 “Nitwit bank president soon to be looking for a new job ... over 18K.”

Are you kidding? These are just the types and caliber of peoples that obama wants in his administration. ‘Could be material for the next Fed banker.

Awesome story and beautifully written. I hope she is our next millionaire! What that bank did was criminal!

That is so bogus. When I tell my Garmin GPS to find a house, I type in its ADDRESS. Let's say, 23456 Bullsheet Road. When I get there, the nice lady announces, "Arriving at 23456 Bullsheet Road, on your left." The number is right there on the screen, also.

Real addresses and those in the GPS program often do not match up. My 1 YO Tom Tom still thinks I live two doors down from my house. My daughter’s Garmin does the same thing. The funniest instance was about 8 years ago using a GPS to find Mount Rushmore. The thing directed us off a wide clearly marked road to Mount Rushmore, to a gravel road, then a dirt road in the back woods to a large boulder across from some run down trailer. We knew the GPS was taking us off course but just wanted to see where it would take us.