FULL TITLE President Obama makes U.S. Marine break military rules by holding an umbrella while in uniform... and the serviceman does not look happy about it

The President unwittingly forced a U.S Marine to break protocol and regulations as he ordered him to use an umbrella to protect him from the rain today Came as he was assailed by questions over three scandals engulfing White House during Rose Garden press conference with Turkish Prime Minister Offered 'no apologies' for DoJ secretly seizing phone records of Associated Press reporters over intelligence leak

Even though he is the commander in chief, there are some orders that even President Obama cannot give - as he found out today, much to the chagrin of a put-upon U.S. Marine.

Hosting Turkish Prime Minister Recep Tayyip Erdogan in the Rose Garden today, the president requested a standing Marine to open an umbrella and protect his head from the light rain that was falling.

However, according to Marine Corps regulations, not even the President of the United States can request a Marine to carry an umbrella without the express permission of the Commandant of the Marine Corps. 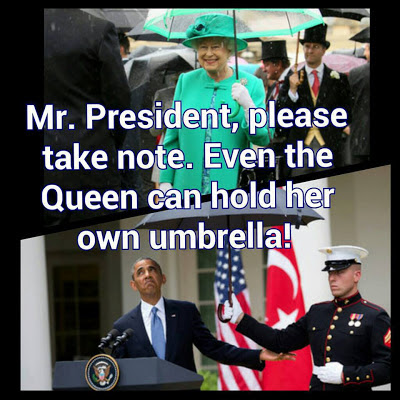 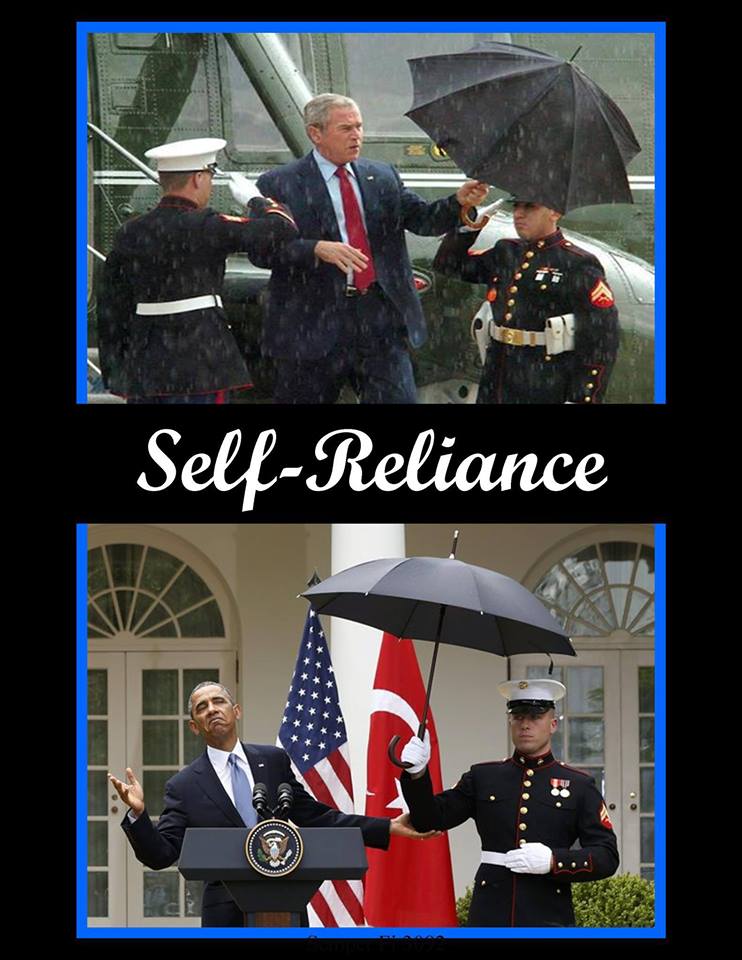 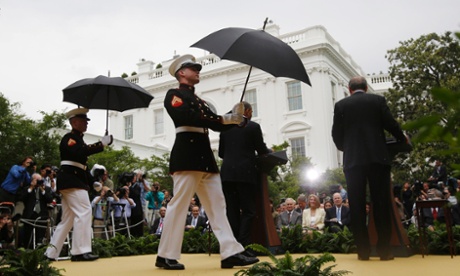 Who do you THINK you are Obama, ROALITY?!

At the very least, that corporal and his fellow umbrella holding Marine, should receive personal notes of thanks and apology!

At best, they will have mementos of the first president perp-walked from the whitehouse. Should bring a few bucks on ebay.

today's Military is not the one my family members served in. If you read it carefully, you can actually hear Obama saying these words.

Eighth and I Marine did the entire corps proud. The Creep-in-Chief looked like Massa.

The king can not hold an umbrella.

They have rules, the pos Nobama doesn’t care about them. This corporal did the right thing. When the president tells a corporal to do something that is not unlawful (albeit against regulations) it is wise to follow that order.

The Marine Corp Manual, which is the bible for all soldiers serving, an umbrella while a Marine is in uniform.