Thanks. You both make sensible points.

I tried it the way you suggested, and it still didn’t work for me. It isn’t the browser, it’s FR. We had one asshole posting repeatedly through the thread, and many others who couldn’t get pages to load or get their posts submitted

In fact, I got a “connection was reset” error and hit the resubmit button, only to get the same message. I went through that cicle several times.

I’m gonna bet I posted more than once.

The biggest loser tonight was FR, or rather it’s members. It was embarrassing.

Yes, she looked wonderful tonight....this was my favorite hair and glasses....this is when she looks the prettiest IMHO

Imagine how large the applause will be when Obama's moving vans leave the White House. It'll be deafening.

Easily, hands down. Anyone got a total so we can put it in the books?

I think we all know something bad is coming. You cannot run a country with this much debt and keep adding to it like nothing is wrong.

You have succeeded beyond your wildest dreams. You set a record! Time to retire.

One thing to keep in mind is that a lot more men than women were watching baseball and football this evening.

That means less men watching the debate. Since Romney always polls better with men than women, that is going to skew these poll numbers a bit.

The massive slowdowns have been happening on this site for years during these events. Nothing new. The question is why? Is it because of the hardware? The software? Do Jim and John know why it happens? Is it simply a matter of insufficient funds to upgrade the hardware/software? I don’t know the answers to these questions, but it is frustrating. Note that there is no advertising on this site and I’m sure Jim has to support himself.

(He’s started his own Vanity with exactly the same content.
Vanity, thy name is Vanman.)

Since when is trying to get a post to post a vanity? Are you that vain yourself? Really?

Vanman was in the shower and then his beeber was stuned.

Yes. Mitt can hit him hard on foreign policy on the stump. Tonight was the night to put O on defense. Mitt did that really well while looking calm, collected, confident and in control. Presidential, that’s all he needed. 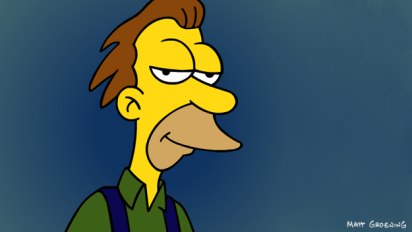 I think there is a concerted DoS attack on FR during these events. Wouldnt be surprised if it came from the White Hut.

I have both Firefox and Chrome. I couldn't get on FR with either one.

Can someone please post a new FREEP THIS POLL thread for all polls in one spot so we can outnumber the obamabots?

It was a great gag line for a POTUS incumbent who is touring the View, Late-night and Comedy central. It was a great line well delivered. Dems LOVE IT,and it was funny.

Alternatively Romney focused on smiling, looking likable and talking about the economy, and agreeing with O on much of his foreign policy. Looking for those wimmin voters?

The real situation on weapons is different than either of these two (phonies) will address in a debate. How well can a $100B fighter handle 20 cheaper fighters that the enemy can send against it for a fraction of the cost??? Obama seems to say it can shoot them all down at the same time. Romney seems to say that we can afford lots more of them.

At this point, I only see three potential ways for Obama to turn things around and bounce back for a win.

1. The Gloria Allred “bombshell” is really serious and verifiable

2. Obama bombs the crap out of Libya a couple of days before the election

Of the three, I think Libya is by far the most likely scenario.

I have no doubt Obambi and his minions will screw it up, but if they do it right before the voting, there won’t be enough time for people to realize how badly he has screwed it up, and he may win back just enough stray voters to pull it off.

Outside of that, this election is now Romney’s to lose.