WHO DO YOU SAY THAT I AM?

He's dead now. And they took Him down from the cross. Buried Him too, in a tomb that was nearby.[1] Even placed a guard of Roman soldiers at the entrance to the tomb because they were just a bit concerned. Concerned that maybe, just maybe He would rise from the dead.[2] But we know that dead men don't get up, do they?

We've all heard 'em haven't we? Braggarts. Boasters. Tall tale tellers. Making extravagant claims about where they've been, who they know, what they can do. Claims. The test of a man's truthfulness lies in the validity of the claims that he makes for himself.

Talk about extravagant claims! Did you ever check out the claims this Jesus from Nazareth made for Himself? Consider: He accepted worship from men;[3] He claimed the authority to forgive sins;[4] He claimed to be the exclusive way to God;[5] He claimed to be the exact, in the flesh representation of God;[6] He claimed to be equal with God the Father;[7] He claimed identity with the I AM, the name by which Almighty God identified Himself to Moses from the burning bush.[8] And, lest we misinterpret what He said, please note that those that heard Him speak understood perfectly that He, this wandering preacher from back-woods Galilee, claimed to be God in the flesh.[9]

Rather an impressive list of claims made about Himself, don't you think? (Oh yes - thinking is necessary - this is important!) What do you make of them? Have you ever seriously considered the claims Jesus made? If so, you must realize you have only two alternatives. Either His claims about Himself are true, or they are false. But, since He lived His life and taught and spoke as if they were true, if they are false we also have two alternatives. He either did not know that His claims were false thereby making Him sincere but deluded and thus a lunatic, or He knew that His claims were false. If the latter is true then He made a deliberate misrepresentation and thus was at the least a liar and a hypocrite (He after all insisted in truthfulness from other religious leaders[10]) or - He was a demon from hell!

Get this! You cannot separate the Man and His teaching from His life and His claims. If He was not the total embodiment of Truth as He claimed[11] then there is no part of His teaching that is trustworthy for who would base their life, faith, and eternal hope on the teachings of a liar, a lunatic, or a demon? You cannot duck the issue by making Him to be a "great moral teacher" because the claims He made force you to a decision on their validity.

I am trying here to prevent anyone saying the really foolish thing that people often say about Him: "I'm ready to accept Jesus as a great moral teacher, but I don't accept His claim to be God." This is the one thing we must not say. A man who was merely a man and said the sort of things Jesus said would not be a great moral teacher. He would either be a lunatic - on a level with the man who says he is a poached egg - or else he would be the Devil of Hell. You must make your choice. Either this man was, and is, the Son of God; or else a madman or something worse.

You can shut Him up as a fool, you can spit at Him and kill Him as a demon; or you can fall at His feet and call Him Lord and God. But let us not come up with any patronising nonsense about His being a great human teacher. He has not left that open to us. He did not intend to.

Oh yeah. Lest I forget it, let me point out that if you believe from the evidence that Jesus' claims are true then you realize that He is the One He claimed to be. And you still have two alternatives. You can accept Him as your Lord - or you can reject Him knowing who He is. You must make a choice. The question Jesus asked His disciples is now directed at you. "Who do you say that I am?"[12]

And one more thing - one last claim, to consider. When He was alive He claimed He had the authority to lay down His life and to take it up again. In other words, He said He would rise from the dead.[13] But.. we know that dead men don't get up. 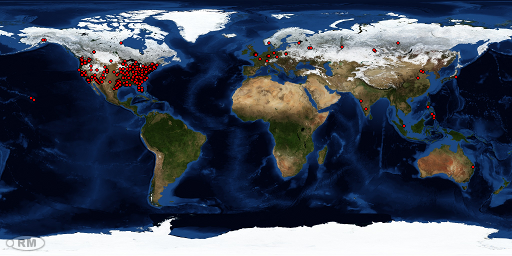