Akin said he has no plans to withdraw.

“I don’t know that I’m the only person in public office who’s suffered from foot-in-mouth disease here, and this was a very, very serious error. On the other hand, there are so many good people in Missouri who nominated me, and they understood my heart,” Akin said.
...


Akin said no Republicans have called him and asked him to withdraw from the race.

“No one has called me and said, ‘Todd, I think you should drop out,’” Akin said. “No one has said that. But I gather people are saying that in the media, but they didn’t specifically call me and tell me that.” 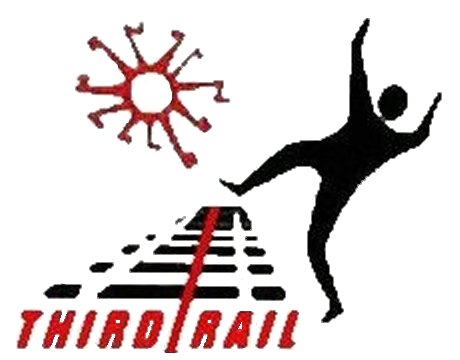 Look: Akin took a full spread of his own torpedoes amidships. He’s breaking up.

Damn shame. Akins record (voting) should speak louder than his words. He is more conservative by far than Romney or Scott Brown.
As for Anne Coulter’s comments..she dated Bill Maher and I have no respect for her..period.
Brunner would be next in line as far as votes went..not Steelman

104 posted on 08/20/2012 7:53:56 PM PDT by katiedidit1
[ Post Reply | Private Reply | To 103 | View Replies]
To: GOP_Party_Animal
Certainly, it is politically unwise for this guy to be having this conversation after the beating he's been receiving over his earlier comments. First of all, these women sound like idiots, and no politician should be caught having a sensitive conversation with idiots. Other than that, I actually kind of wish that more politicians actually had convictions AND stuck by them and were not afraid to speak TRUTH.

Think of it this way: 50 years ago, anyone saying things that these women are saying would have been laughed at as simple-minded fools, and what Akin is saying would have been seen as simple common sense. Nowadays, it is exactly the reverse, and that is precisely because everybody is scared to go against the politically correct nonsense. If people would stop being scared of saying truthful things, we wouldn't have to go through this pain every time someone speaks the truth.

That said, yeah, I recognize that the media will crucify Akin for this. My question is WHY ARE CONSERVATIVES HELPING THEM DO IT?

Its called picking battles we can win, fighting a battle that costs us the war does no unborn person any good.

Akin’s needs to go quickly before its too late. The left will uses him like an albatross around our necks, its what they been icing for all year. He will not only cost us a winnable senate senate he may very well costs us everywhere else.

We have nether the time nor resources to rebuild his reputation in an election cycle. He needs to go before its too late.

107 posted on 08/21/2012 4:07:57 AM PDT by Inconvenient Truthteller
[ Post Reply | Private Reply | To 1 | View Replies]
To: fr_freak
Think of it this way: 50 years ago, anyone saying things that these women are saying would have been laughed at as simple-minded fools, and what Akin is saying would have been seen as simple common sense.

If the obvious explanation (MALNUTRITION) didn't occur to you, or the author, you're both dumber than Akin, and that's quite a feat.

I was personally repulsed by the comments implying that women have a rape-pregnancy-prevention-kit in thier uterii.

It's not just the MSM. I think I have become inured to stupidity. That’s a sad fact.

btw abd fwiw - I finally decided that the guy needs to fold ‘em. His failure to mount a credible defense - his no show on CNN being the last straw.

113 posted on 08/21/2012 7:10:40 AM PDT by don-o (He will not share His glory and He will NOT be mocked! Blessed be the name of the Lord forever.)
[ Post Reply | Private Reply | To 110 | View Replies]
To: Blackyce
Michael Berry talks some sense on this issue. Republicans need to grow a pair and not worry about upsetting liberals. Download the MP3 file and listen. Here is the link to the file: Click HERE.

If you dislike the Coulter-Maher liaison, how did you feel about Carville-Matlin?

How true..I wondered what was so awful in what he said..I have read more idiot things the left says every day with nothing like this.My word, you would have thought the man had killed a baby..The left has nothing on the republicans and will jump at anything..

NRSC to Akin, we wont spend a dime!

My E-MAIL to the NRSC

There you go again, your candidate in MO uses the wrong word to cite a fact. The Alinsky cadre of the Democrat party starts frothing at the mouth and you roll over on your backs and meekly plead “ we didn’t mean to hurt your feelings”.
You testicle deprived illegitimate offspring, get up on your hind legs and fight. The best defence is a full out attack.
The Republican party doing what they do best, working doubly hard to snatch defeat from the jaws of victory.