The Internet was abuzz Saturday after it was reported that Rep. Anthony Weiner had apparently sent a lewd photo to a Seattle-area college student.

The New York Democrat quickly asserted that his online accounts had been "hacked" after Andrew Breitbart's BigGovernment.com reported that Weiner's Twitter account was used to send the photo, which shows the pelvic area of a man in gray undershorts with his tumescent penis bulging.

Late Friday night, a public message from Weiner's Twitter account (@RepWeiner) included a link to the penis photo, posted on the YFrog.com photo-sharing network. That message was directed to a Twitter account identified as belonging to 21-year-old Gennette Nicole Cordova, a student at Whatcom Community College in Bellingham, Washington.

Caches of Cordova's Twitter messages appeared to show that on April 9 she sent a message: "I wonder what my boyfriend @RepWeiner is up to right now." One of her friends on Twitter remarked the next day that Cordova's "crush" on the congressman was "cute." In one of his Twitter messages Friday announcing an appearance on the MSNBC cable network, Weiner made a joking reference to what time the show could be seen in Seattle.

Cordova's Twitter and Facebook accounts were deleted Saturday -- "Very odd," New York reporter Liz Benjamin remarked -- and the YFrog account that included the penis photo was also deleted. Media critic Lee Stranahan speculates on the motives for those deletions. While Weiner has made flippant references on Twitter to what was quickly dubbed "WeinerGate," he has made no explanation of how the "hacking" took place. Attempts to reach the congressman's press office were unsuccessful, blogger/talk-radio personality Peter Ingemi reported Saturday evening.

“a man in gray undershorts with his tumescent penis bulging”

I find this a reasonable portrayal of the typical politician.

2 posted on 05/29/2011 3:06:58 AM PDT by Psalm 144 (Voodoo Republicans: Don't read their lips - watch their hands.)
[ Post Reply | Private Reply | To 1 | View Replies]
To: Minus_The_Bear
Verum Serum: Evidence Suggests Weiner Followed Only 91 Other People, And One Of Them Just Happened to Be the Comely Coed He Has "No Ties" To; Following Her Meant They Could Send Each Other Private Messages

Unfortunately most of it is being scrubbed. I wonder why all of this would be deleted so quickly if Weiner was "hacked." Let me get this straight. This jackass in office sent a lewd picture of his private parts to a student and nothing seems to be going on about it but a Republican taps another man’s shoes in a bathroom stall and is run out on a rail??!!

To be honest, I was surprised the student was a female.

Anthony Weiner sends a picture of his WHAT??

well for him...with that name, it probably is just a signature......

We just had a special election in NY because of the Republican who sent a photo of his chest to a woman and had to resign.

The Congressman in question is Anthony Weiner. (lol)

The student in question is a female (some think Weiner is a closet gay, as you know he married Hillary’s “bodywoman”).

I’m sure there’s a reasonable explanation for all this. /S

Progessive, Gennette? There’s nothing ‘humanitarian’ about you...

“a man in gray undershorts with his tumescent penis bulging”

“I find this a reasonable portrayal of the typical politician.”

But not Anthony Weiner. If he found a tumescent penis picture, it must have been a copy and paste.

a married white congressman has electronically flashed a sista 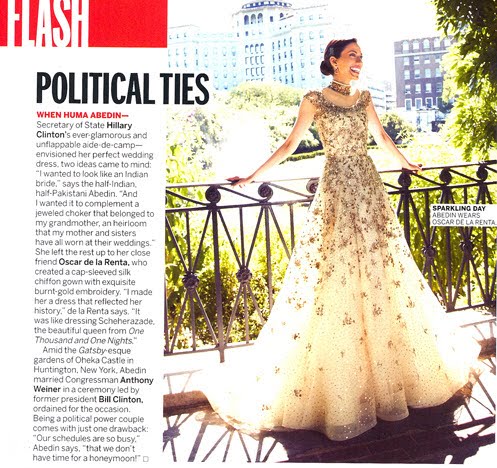