Searchlights on this now, so it doesn't just slip by unattended

Please pardon me for being so ignorant.

I knew that one Ed R. (Edmund Leopold de Rothschild) was a primary backer of the man-made global Marxofascism of Maurice Strong. What I did not know was that it was another Eddie R's loot, whatever set of objectives were coupled with it, which fed George Soros' rise to power. Ignorant, that is, till a flitting tweet presented Arnaud de Borchgrave's April 28th article, "Geneva Gnome's Global Dread."

And this is how his editor's report in the Washington Times begins.

The Gnomes of Zurich were derogatory caricatures of secretive, greedy, stiff Swiss-German bankers, pince-nez aquiver, who ruled over the land of secret numbered accounts for tax dodgers the world over. With the world’s best financial intelligence service, they knew their stuff and seldom spoke, even in retirement.

Their Geneva counterparts in French-speaking Switzerland were more sophisticated, relaxed in the company of global wheeler-dealers, and weren’t afraid to speak their minds, albeit off the record. Such was George C. Karlweis, the brain behind Banque Privee, owned by the late Baron Edmond de Rothschild. His biggest claim to fame: George Soros and the launch of his Quantum Fund in 1969.

So the man behind Mr. Soros’ original success is worth listening to today - unafraid to speak his mind in retirement.

Aside from Mr. Karlweis and his moralizing with New World Orderling of the pseudoconservative kind, de Borchgrave, should these Rothschild relationships not bear our interest?

Strong's E.R. lived from 1916 to 2009. Soros' spanned 1929-1997. Maybe Gyorgi was harder on his. Now there are articles on the 'net of varying veracity, about the Soros-Rothschild relationship, but should this rock hard fact not be common knowledge? 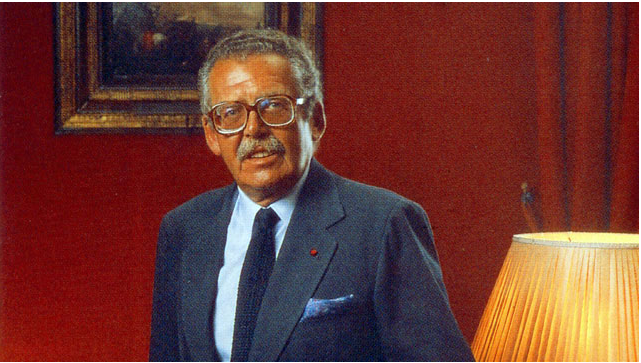 If you happen to be one to tolerate net-radio archives, you may want to know that last Gulag Night, AJ of Noisy Room, Tallulah Starr, CJ in TX, and I talked us up some central banker. And along with a caller named Phil, we discussed the hypothesis (one wouldn't want to call it a conspiracy theory) that bye and large, the history of the global socialist/communist movement and the saga of the currency debauching central banking complex are the history of the same. No wonder they get together and plan for global collectivism, especially this Bankster Spring.

That is not to say that every single person involved with the corruptions of central banking must intentionally be fomenting Marxism; no more than to say every Marxist is excited about finance. But there is mounting evidence of close associations over not only decades but centuries, associations not only of people but of their intentions and one thing is certain.

Now, there is more for us to discuss, no matter how tender one must be toward the ethnic sensitivities involved.

More to write, too, but for me, after more reading -- and a second apology if you are familiar with all this, already.

TOPICS: Business/Economy; Crime/Corruption; Extended News; Front Page News; Government
KEYWORDS: argentina; bankster; corruption; democrats; elections; fascism; georgesoros; globalcollectivism; globalism; liberalfascism; liberalprogressivism; liberals; lootingofamerica; marxofascism; obama; progressives; rothschild; smearfinancier; socialistdemocrats; soros; spookydude Navigation: use the links below to view more comments.
first 1-20, 21-40, 41-55 next last
Do with this what you will. This is an exception, as I don't often post Gulag Bound articles in Free Republic, to say nothing of posting them in their entirety.
1 posted on 04/30/2011 10:17:41 AM PDT by unspun
[ Post Reply | Private Reply | View Replies]
To: unspun

Rothschilds have been on the right side and wrong side at times for centuries now.

Guess we can tell this century’s bunch are the less bright ones.

Rarely used FR Ping List for GulagBound.com and Gulag Media
Feel free to FReepmail, if you want on or off this list.

To: wardaddy
Rothschilds have been on the right side and wrong side at times for centuries now. Guess we can tell this century’s bunch are the less bright ones.

As consistent manipulators of politics and both skimmers and debauchers of currencies, they have alwyas been on one wrong side or another. Wherever central banksterism goes, it is wrong.

As they fed communism, they continue to feed globalist collectivism, generating the power of the enemy of free and Sovereign America that dwarfs Al Queda.

[Always wondered about that connection.]

Inbreeding over generations has produced the Rothschilds of today.

It is nice to get a glimpse behind the lib scene. We, the great unwashed, need to hear more about this. But please translate into facts and language that we will want to read.

Railing against Rothchilds is normally associate with anti-semitism.

it’s generally an opening round.

I’ll leave it at that.

“Railing against Rothchilds is normally associate with anti-semitism.”

Not necessarily so, Jews have been bankers through the ages. For good or ill it has nothing to do with their being Jewish.

Does it change whether or not the Rothchilds are backing Soros? Claiming racism or anti-semitism is a means of intimidation by the control freak, power grabbing, greedy leftists to shut up.

I’m pretty sure Rothschilds have been mostly Christian for several generations.

14 posted on 04/30/2011 1:24:32 PM PDT by jjotto ("Ya could look it up!")
[ Post Reply | Private Reply | To 11 | View Replies]
To: unspun
Please read the entire article linked in the subject. The supposed evil banker turned sage is the enabled of George Soros who I always refer to as the bastard son of Satan. He when looks evil. His unparalleled greed is exceeded only by his desire to destroy the US. The Chinese military has labeled him as an economic terrorist according to Back. Evidently, Soros juiced the SARS scare and made another fortune. He has willing minions at every level and every department in our government, including Hillary Clinton. There are endless organizations he funds and they are EVERY ONE ANTI-AMERICAN. I consider Soros an enemy of the US and every person who is funded by him or contributes to his organizations. It looks like my list to deport with prejudice grows each and every day.
15 posted on 04/30/2011 2:29:20 PM PDT by cashless (Unlike Obama and his supporters, I'd rather be a TEA BAGGER than a TEA BAGGEE.)
[ Post Reply | Private Reply | To 1 | View Replies]
To: GOPsterinMA; Impy; fieldmarshaldj

I wonder if George Whore’os had anything to do with the destruction and pillaging of Argentina in the 70s & 80s. Talking about destroying the working class, and the economy for generations. Euro Big Banks got most of the loot, as well as the Big Euro companies. http://www.youtube.com/watch?v=rH6_i8zuffs -hard and pain full to watch, but worth it.

Thanks what I was thinking. LOL