Are TSA workers scanned and patted each time they pass through checkpoints?
Vanity | 11/21/10 | DH

As I was watching TSA searchers violating free citizens rights by having them physically violated as they went through the screening process, and the fact that now we are going to give waivers to Pilots and special searches for Molsems, it dawned on me that the TSA personnel themselves are totally exempt from the process as the enter and exit the search area.

Up to now, I have not heard one soundbite about them. Stop and think about it. Here we have the lower echelon of the workforce that are at most risk of criminal behavior (minimum wage uneducated workers) freely coming in and out of a "secure" area each time they enter their workplace. In the morning, after lunch, breakfast, and supper, and many other times throughout the day, they enter and exit the area.

Now, with that in mind shouldn't we all demand that ALL TSA workers be screened EVERY time they enter the "SECURE AREA?"

I think that if they had to undergo the same ridiculous searches themselves things might change simply because they would not like it....nothing more....and many would simply quit rather than be searched many times a day.

We need to press the issue so that they can be "happy campers" just like the sheeple who now are humiliated each time they board a plane.

Push for mandatory daily cavity searches on all TSA employees!!!

Send them back to WalMart!

I wonder if the TSA has a DADT policy for their screeners? Or can a openly gay TSA screener do pats downs (of children, ugh)? Inquiring minds what to know....

Airport security is all show. Meant to make the airports look secure so people will buy tickets.

They treat people like criminals for “safety” and then hire a muslim to clean the planes.

Reply to self: I also think that ALL EMPLOYEES who service, maintain, fuel, and load baggage along with ANYONE who is on the flight-line, should be searched too. After all, they are in the secure area of the airport too.

TSA employees are now enemies of the people. They have acted as agents for the fascists in power, with the weakness of their kind , in abrogation of the 4th amendment of the Constitution.

As such enemies, they now will become set targets for those who are dedicated to the COnstutution.This may be a necessary evolution.

Now Obama’s TSA, Obama himself, and Janet Napolitano as well as Eric Holder MUST PAY!They are enemies of the people!!!!!

Demand their resignations immediately!!!! March on Washington once more if we have to!!!

We’ve got marxists in government deliberately increasing tensions between different groups. Now they’re pitting the people against the TSA.

“TSA employees are now enemies of the people. They have acted as agents for the fascists in power, with the weakness of their kind , in abrogation of the 4th amendment of the Constitution.

As such enemies, they now will become set targets for those who are dedicated to the COnstutution.This may be a necessary evolution.”

“We’ve got marxists in government deliberately increasing tensions between different groups. Now they’re pitting the people against the TSA”

I have an issue with the whole Department of HOMELAND Security. Homeland sounds very fascist to me.

I’ve dealt with the TSA professionally. Incompetents who are more concerned with their ego’s than with yours or mine safety.

The TSA people are just doing as they are told. The people needing the treatment are congress and POTUS.

"There are now two Americas.
One has your elected rulers and our Emperor and me
And includes all foreign Moslems and undocumented aliens.
We, and they, are exempt from ObamaCARE and TSA-imposed breast and genital,
examinations and nude pictures we take at our will.
The other consists of you bastard American scum who deserve
only one thing after you give us your money."

“The TSA people are just doing as they are told. “

If someone told me to stip search a little boy I would refuse. I don’t believe doing so is necessary or prudent.

I want to see the screeners scanned before they leave work.

Stolen items from checked luggage? Cash and or jewelry lifted from handbags going thru the scanner?

“Stolen items from checked luggage? Cash and or jewelry lifted from handbags going thru the scanner?”

Hey thats their benefits program you are talking about.

17 posted on 11/21/2010 4:44:32 AM PST by driftdiver (I could eat it raw, but why do that when I have a fire.)
[ Post Reply | Private Reply | To 16 | View Replies]
To: DH; ExTexasRedhead; JohnHuang2; Liz
Here we have the lower echelon of the workforce that are at most risk of criminal behavior (minimum wage uneducated workers)

You have kind of hit on a very touchy subject that no one (politicians, media, pundits, etc) really want to discuss.

The TSA workforce has over twice as many African-Americans working for it as are in the civilian workforce at large (22% vs. 10.5%)

The TSA was demanded by the Democrats in Congress to be a "make work" program for unskilled people, many of whom are from the inner city (whose population centers are close to major airports).

In my case, 90% of the time I have been singled out for "special treatment" by the TSA, it has been at the hands of a very overweight black woman who was incredibly rude and hostile. The "agents" behavior was appalling in every instance. Had our races been reversed, I probably could have contacted the Southern Poverty Law Center and sued for "discrimination."

Also, in supreme irony, the TSA employment website lists a "Office of Civil Rights" page. Oh, it is not about YOUR Civil Rights.

This is about "Diversity."

"Our Office of Civil Rights and Liberties ensures all employees and the public are treated in a fair and lawful manner without regard to race, color, national origin, religion, age, sex, disability, sexual orientation, parental status or genetic information. With a zero tolerance for harassment, illegal discrimination and retaliation, our office helps the agency recognize and respect the social and cultural backgrounds of our employee and customers. These efforts ultimately improve our nation's security."

I guess they mean perverted Transsexuals.

There. Feel better about your "security" now?

Also, here is some information for Freepers here.

We have been led to believe these scanners are not "saving information." That is an out and out lie. They HAVE to save the scans because they cannot use this potential evidence in court to prosecute you if the scans are not saved. Find the media report on the scanners themselves, and you will see USB ports all over these things.

Secondly, we have been led to believe the scanners are all "blurred" out and can only see negative images only. This also is a lie.

The scanners are fully capable of full color, full image, and full clarity. If you don't believe me, copy an scan, paste it into Microsoft Paint, click image, and inverse the colors. 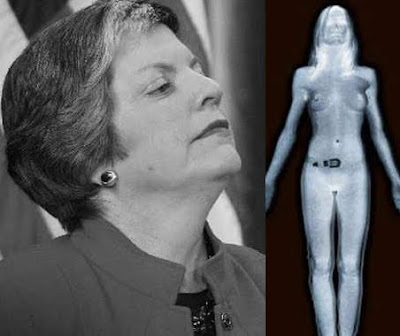 This is run by the DNC-al Qaeda of USA.

A former Orlando TSA security officer arrested for allegedly molesting a minor pleaded
no contest to one charge today and was sentenced to 10 years' sex-offender probation.
A victim told deputies Bennett asked her to be his sex slave
and fondled her against her will."


"Is the TSA allowing convicted rapists to perform pat-down searches?"

(How-many-tsa-sex-offendersDHS doc on TSA screenings from 2004)" 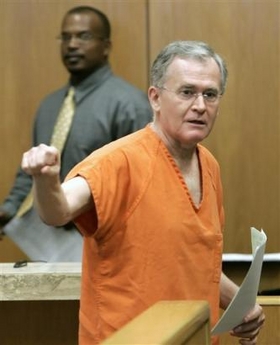 "...J. Brian Doyle, the former fourth-ranking official in DHS's propaganda directorate,
who was arrested for conducting sexually explicit cyber-conversations with what he thought was a
cancer-stricken 14-year-old girl."

Sadeq Naji Ahmed - the Transportation Security Administration
hired him as an airport screener after the Air Force kicked him out for making
statements supporting Osama bin Laden and praising the 9/11 attacks.
Ahmed worked almost a year before enough people at the TSA found that
he previously had his security clearance revoked and had to let him go."

"SCARY But Ignored: Terrorist Spies Successfully Infiltrated Top Classified US Cyber-Files
in March, a TSA employee was allowed to remain at his computer-
and inserted a virus-after he knew his TSA employment was terminated."""

"USB Stick May Have Contributed to Deadly Plane Crash
A corrupted USB stick contributed to Spain's worst air disaster on record,
according to a 12,000-page report cited by the Spanish newspaper El Pais and USA Today.
It was initially believed that the crash of Flight 5022 that killed 154 people in 2008
was the result of pilot error, but investigators have now concluded that
a computer infection spread through an infected USB stick may have contributed to the crash."""

"Are External USB Drives a Target for Espionage?"""

This took me 30 seconds.