BIRMINGHAM, AL (WSFA) - The U. S. government has charged Joran van der Sloot with attempting to receive money in exchange for revealing the location of Natalee Holloway's body.  Van der Sloot has long been suspected in the 2005 disappearance of Holloway in Aruba.

Chilean police say they have detained van der Sloot in connection with the murder of a woman in Peru.

Police spokeswoman Macarena Olivares says van der Sloot has been taken into custody in Chile's capital of Santiago. Five years to the date after Holloway disappeared, van der Sloot was the last person seen with a Peruvian woman found dead in a Lima hotel room.

Below is the complaint filed in U. S. District Court.

I, William K. Bryan, the undersigned complainant, being duly sworn, state the following is true and correct to the best of my knowledge and belief: Count One

That on or about May 10, 20lO, the defendant, Joran van der Sloot, did obstruct, delay, and affect commerce and the movement of any article or commodity in commerce, by extortion and attempts to do so, in that, the defendant did knowingly and wilfully cause another person to wire transfer a partial payment of money ($15,000) from a financial institution in Birmingham, Alabama, to a financial institution in the Netherlands, after representing to the other person that he would provide the location ofNata lee Holloway's remains in Aruba and information regarding the circumstances of her death, upon receipt of $250,000 from the other person, in violation of Title 18, United States Code, Section 1951(a).

That on or about May 10, 20 lO, the defendant, Joran van der Sioot, having devised or intending to devise any scheme and artifice to defraud, or for obtaining money or property by means of false or fraudulent pretenses, representations, or promises, did knowingly and with intent to defraud did knowingly and wilfully cause to be transmitted by means of wire communication in interstate and foreign commerce, any writings, signs, signals, pictures, or sounds, that being, a wire transfer in the amount of $15,000, from Birmingham, Alabama, to the Netherlands for the purpose of executing and attempting to execute such scheme and artifice, in violation of Title 18, United States Code, Section 1343.

I further state that I am a Special Agent with the Federal Bureau ofInvestigation, and that this complaint is based on the facts set forth in the affidavit, which is attached hereto and incorporated herein by reference.

Sworn to before me and subscribed in my presence,

A slow, painful death is too good for this POS.

I like to see this spoiled POS rot in a Purvian jail for the rest of his life.

Odd that two girls who were last seen with him disappeared on the same day, five years apart. Is there something satanic associated with committing diabolical acts on the same date?

He’s innocent. I heard his lawyer say this.

I love how lawyers talk. How did they ever develop that style? So strange.

Maybe it’s time to re-interview his two buddies from Aruba.

"If Joran van der Sloot is convicted, he will have to serve his term in Peru, Professor Knoops says. There is no judicial treaty between Peru and the Netherlands which would allow the sentence to be served in a Dutch jail. An ad hoc transfer of the verdict to the Dutch legal system would be possible only after Joran had exhausted all appeal options in Peru. "That could take quite a long time," according to the International Law professor."

The author hit the letter O instead of the numeral 0 on the first charge, and then copied the line into the second charge.

The girl’s father is a big shot.

Since he got away with murder once, he thought he could do it again. And on the 5th anniversary of the disappearance of Natalie Holloway no less.

That complaint does not look right. Many typos. I hope it is simply poor transcription. 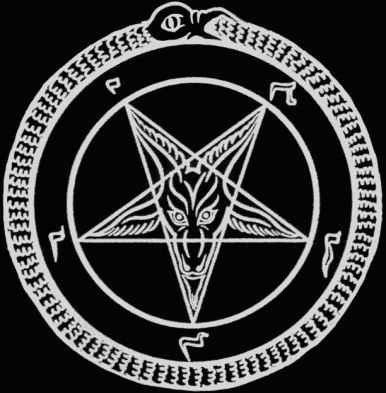 I guess the Feds are not wanting to look stupid for dropping the ball on the murder of a US citizen.