In a remark at the 2010 Legislative Conference for National Association of Counties, Nancy Pelosi urged the passage of the health care bill saying: “But we have to pass the bill so that you can find out what is in it, away from the fog of the controversy. "

In other words, just pass it and THEN we'll open it up to see what's in it. Trust us!

This infuriates me to no end! They want to pass 2700 pages of laws and regulations yet they don't want to even read it, much less understand what is in it.

With the level of deafness in DC it will take a revolution to get their attention.

Let me see if Drudge still has his nice little ...Photo:

Don’t forget a case of bats, two catcher’s mitts, and maybe the plane ticket to get her there. I’ll chip in.

On the other hand, I don’t want to insult the catcher’s mitts and bats.

I'd actually hope for all the Barking Moonbats to decamp for China with her.

A dictatorship will be quickly overthrown in the United State. This is a Dictatorship!!!!!! 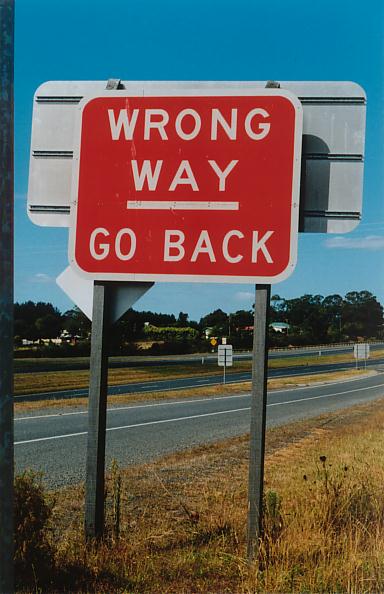 Pelosi is the most ignorant broad on the planet!!!

70 posted on 03/09/2010 1:32:16 PM PST by SonOfDarkSkies (I never saw a wild thing sorry for itself... - D.H. Lawrence)
[ Post Reply | Private Reply | To 61 | View Replies]
To: a fool in paradise
I think there are still some checks and balances available to us. We can vote the offenders out of office and reverse their awful handiwork. We can use the judicial process to challenge the most egregious elements of their plan. And finally, we can elect a President whose entire purpose is not the exercise of raw power and egotistical self-aggrandizement.

True revelation will come with our adversaries' responses: will they consider in good faith a people acting in defense of their liberties, or will they subvert their rights by force or by the threat of force? Are our political adversaries loyal citizens of a free republic, or rather what they increasingly appear to be: the vanguard of something far different, whose character practically excludes Republican democracy?

Do you believe what this regime is doing?!

Yes...and No. Not surprising, but still manages to be stunningly arrogant and bold. This is their progressive dream. They won't let it go, even if it costs them their political careers!

Now more than ever, the usurper needs to be exposed along with all those that are complicit in this Constitutional crisis.

By Paul B. Farrell, MarketWatch ...I think he is a Far Left Leftie....

But I don’t know if you have heard that it is legislation for the future, not just about health care for America, but about a healthier America, where preventive care is not something that you have to pay a deductible for or out of pocket. Prevention, prevention, prevention—it’s about diet, not diabetes. It’s going to be very, very exciting. 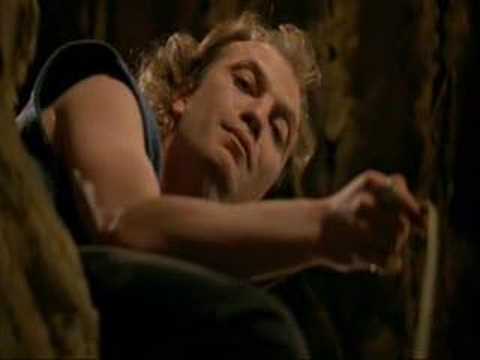 “But we have to pass the bill so that you can find out what is in it, away from the fog of the controversy. “

You’re right. Infuriating is the word. The American electorate should be motivated to thwart legislative proposals they’re pushing this way and to vote these politicians out of office ASAP.

“She’s either a complete idiot, a complete tyrant, or the spawn of Satan. I can’t determine which.”

I guess that means she could be Rahm Emanuel’s Mom.

I swear, you couldn’t make this stuff up if you tried. 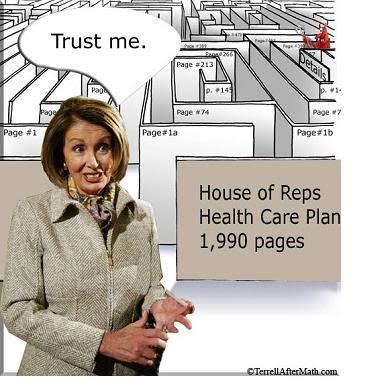