KFC Australia has pulled an ad that sparked cries of racism around the globe.

The fast food chicken joint became embroiled in controversy after a commercial showing a lone white Australian man surrounded by a raucous crowd of black West Indies supporters at a cricket match. He asks “Need a tip when you’re stuck in an awkward situation?” and proceeds to share a bucket of fried chicken with the crowd.

In a statement on its Web site, the company called its "Cricket Survival" ad campaign "tongue-in-cheek," but said after being "made aware that a KFC commercial being shown on Australian television has apparently caused offense, particularly in the United States ... KFC will cease running the commercial immediately."

The company also said that the ad was reproduced in the U.S. "without KFC's permission" and was "intended for Australian audiences only."

In a Daily News online poll, more than 65% of respondents thought the ad was "just lighthearted and fun."

KFC Australia apologized for any offense taken by the ad and noted that Yum! Brands (the owner of KFC) was named as one of Black Enterprise magazine’s ’40 Best Companies for Diversity’ for the fifth consecutive year in 2009.

A KFC ad broadcast in Australia has been pulled after allegations of racism in the United States.

New York Daily News - Rich O'Malley - ‎1 hour ago‎
BY Rich O'Malley A KFC ad broadcast in Australia has been pulled after allegations of racism in the United States. WATCH THE AD BELOW. ...

KFC scraps Australian advert after 'racist' allegations by US viewers

The Guardian - ‎3 hours ago‎
Complaints about racial insensitivity have prompted the Australian arm of the fast-food chain KFC to scrap a television commercial depicting an outnumbered ...

The Age - Andra Jackson, Peter Mitchell - ‎8 hours ago‎
This is the advert pulled by KFC's US head office after complaints that it is racist. KFC Australia's head office has apologised for any offence its ...

3 posted on 01/07/2010 12:46:00 PM PST by Perdogg ("Is that a bomb in your pants, or are you excited to come to America?")
[ Post Reply | Private Reply | To 1 | View Replies]
To: Responsibility2nd
So I guess it's still ok for Papa John's Pizza to create an add showing a soccer match with a bunch of high strung Italian fans screaming and hollering and all of a sudden a hush comes over the stadium when the doorbell rings and there's the pizza.
4 posted on 01/07/2010 12:47:51 PM PST by shadeaud ("If you can't beat them, arrange to have them beaten." -- George Carlin)
[ Post Reply | Private Reply | To 1 | View Replies]
To: al baby; Artemis Webb; Extremely Extreme Extremist; lainie; lewisglad; PennsylvaniaMom; ...

thin skinned liberal political correctness...what we ever do without it???

7 posted on 01/07/2010 12:52:06 PM PST by lonster
[ Post Reply | Private Reply | To 1 | View Replies]
To: Responsibility2nd
The relationship between fried chicken and racism is stritctly a liberal-driven, poltically-correct cultural phenomenom unique to the US.

The rest of the world scratches its head and wonders, "WTF?".

You should see us when we play Bocce at the Italian American Citizen’s Club! “High strung”? We’re googoots!

I got a post pulled on FR for mentioning KFC and that summer watery fruit delight in the same post.

this is better than Ralphie May’s watermelon gum routine!!

I had heard the mods do not want.

That they pull that image when they see it. 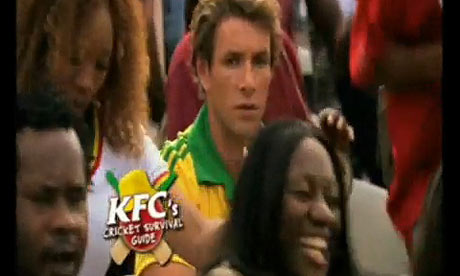 ROFL at this one

We all remember the “Hillary Meal”-— small breasts and big thighs..

Now, KFC has announced an addition to their chicken dinners.

It consists of nothing but left wings and a**holes.

Some of the mods are still held captive to political correctness.