YOU MUST SEE THIS 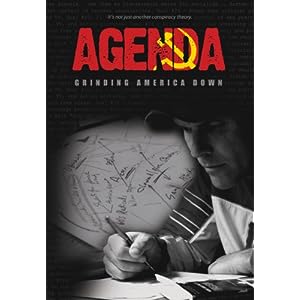 When Idaho Legislator Curtis Bowers wrote a "letter to the editor" about the drastic changes in America's culture, it became the feature story on the evening news, people protested at the Capitol, and for weeks the local newspapers were filled with responses. He realized then... he'd hit on something. Ask almost anyone and you'll hear, "Communism is dead! The Berlin Wall came down." Though the word communism isn't used anymore, this film will show the ideas behind it are alive and well. Join Bowers for a fascinating look at the people and groups that have successfully targeted America's morality and freedom in their effort to grind America down. It's a well documented AGENDA.

Christian "fundamentalist" - Biblical worldview to the extent that a sinful man can.
Multigenerational legacy minded homeschooler.

On "rights": You have NO "rights" that inherently impose an involuntary burden on another person.

On humanism: The only difference between a "humanist" and a Satanist is that the Satanist knows whose bidding he's doing.
Liberalism is simply the political expression of the religion of humanism which got its start with the lie "you will be as gods".

On arguing with liberals:
Arguing with a liberal is like playing chess with a pigeon.
No matter how well you play chess,
the pigeon just knocks over the pieces,
craps on the board,
utters unintelligible, vaguely obscene sounds,
and struts around like he won.