Joe McCarthy’s anti-communist campaign during the post-war era in the US remain one of the great totemic events in liberal-Left mythology. Every time there is a revival of Arthur Miller’s play The Crucible, solemn words are trotted out about how this metaphor for the appalling witch-hunts which ruined careers is a devastating indictment of irrational fear, blah blah blah.

Well, not exactly. The point of The Crucible is that there were no witches. But back in the real world, there certainly were spies. A new book, Spies: The Rise and Fall of the KGB in America by John Earl Haynes, Harvey Klehr and Alexander Vassiliev, tells us quite how many. It offers further proof that Soviet infiltration in the US was vast. The most important revelation in the book is the remarkable number of prewar and wartime Americans – over 500, from a great variety of backgrounds – who assisted Soviet intelligence.

One of their number, Alger Hiss, became a liberal hero, an innocent who was maligned by McCarthy’s obsession. As the book recounts, this view persisted despite persuasive evidence of his treachery. Academic chairs were set up in his honour. But this new book, having looked at all the fresh evidence, is damming. The files show that after the Yalta conference Hiss was secretly awarded the order of the Red Star during a visit to Moscow. 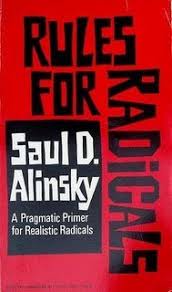 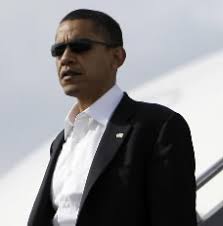 The left won in many ways. They control the media, the schools, old mainline churches, the government (no matter which party is in office), and the large foundations.

4 posted on 07/27/2009 9:03:18 PM PDT by PghBaldy (http://www.blackfive.net/main/2009/06/president-obama-visits-wounded-troops.html)
[ Post Reply | Private Reply | To 1 | View Replies]
To: Tailgunner Joe
Yesterday C-SPAN ran Brian Lamb's interview of Susan Jacoby, who has a new book about Alger Hiss. Although she calls herself an unabashed liberal, she's still 98% convinced that Hiss was a Soviet spy and that what Whittaker Chambers alleged about him was true.

At one point in the interview they quoted Alger Hiss' comment to Richard Nixon: "I went to Harvard. You went to Whittier College."

In which the adulation of Edward R. Murrow was incredibly thick.

I'd like to see someone write some kind of expose on Murrow and how he had a detrimental effect on CBS which led to Cronkite, Rather, the 60 Minutes culture and greasing the rails for the liberal agenda. (Vietnam, Watergate, etc. etc.)

“...I’d like to see someone write some kind of expose on Murrow and how he had a detrimental effect on CBS...”

I wonder about CBS chief William S. Paley and his wife Babe Cushing and their influence on CBS politics. Babe was the daughter of pioneer neurosurgeon Harvey Cushing but she was a society girl and close to Truman Capote and other Left Bank notables. While Paley was known to watch the advertising and money angle of the biz he gave Murrow a boost.

The left was spawned by and born in it. They want us to ignore it.

Perhaps this is why Obama was reluctant to see Vladimir Putin.

My late father was in the Marine Corps color guard that carried Joe McCarthy to his rest. Dad was a recruiter in the Appleton, Wisconsin area in the mid and late fifties.

At one point, Mrs. McCarthy became disturbed because drunken members of the press were speculating on spitting into the casket.

Mrs. McCarthy asked Dad to do something. He assured her that he would draw his sword, even if it violated protocol. Only one of those commie whores ever looked his way, and did not much like the return stare of a Guadalcanal and Pellelieu veteran in dress blues. No one accosted the senator’s body during the ceremony and burial.

Spies: The Rise and Fall of the KGB in America @ Amazon.com

14 posted on 07/28/2009 12:49:16 AM PDT by Captain Beyond (The Hammer of the gods! (Just a cool line from a Led Zep song))
[ Post Reply | Private Reply | To 1 | View Replies]
To: what's up
I'd like to see someone write some kind of expose on Murrow and how he had a detrimental effect on CBS which led to Cronkite, Rather, the 60 Minutes culture and greasing the rails for the liberal agenda. (Vietnam, Watergate, etc. etc.)

A name you don't hear any more is Sam Jaffe (sp?), CBS Middle East correspondent who was canned in the 70's by the network when it "came to light" that he was in fact working for KGB.

Nobody's ever written a comprehensive book on Red influence agents in media, although there were several.

It was that kind of arrogance that drove Nixon onward, and eventually off the rails, after he saw how morally crooked the "keepers of the flame" were.

It'd be fun to see an Excel spreadsheet run out, balancing the "moral books" between Nixon and his chief antagonists in MSM, either the press as a whole or its leading lights in the "posse" that chased him from, well, 1952 to the grave.

Who was straighter? Who was the bigger hypocrite and liar? It would be a fun exercise to turn a bunch of sophomores loose on.

They'd come to the "correct" conclusion, those sophomores.

18 posted on 07/28/2009 2:15:06 AM PDT by the invisib1e hand (The revolution IS being televised.)
[ Post Reply | Private Reply | To 17 | View Replies]
To: Tailgunner Joe
Just reading John Earl Haynes and Harvey Klehr's 2003 book, In Denial: Historians, Communism & Espionage. It does an excellent job describing how leftists, for decades and decades, and even to this day, continue to defend and excuse traitors, and smear truth tellers, even in the face of conclusive evidence.

I knew about much of this, but it remains shocking and almost unbelievable. (Not least, how much tacit support the leftist revisionists receive from "mainstream" history orgs and from textbook writers.)