I worked for Larry McDonald's reelection campaign when he was the most conservative representative in the House, and I worked for Jesse Helms when he was the most conservative Senator. My favorite causes include 2nd Amendment issues, nationalism over internationalism, and pro-preservation but anti-Greenpeace initiatives. Greens and the Sierra Club are great threats to the environment. I am a former resident of El Salvador, Washington, DC, and have traveled widely in Latin America, Western Europe, South Africa, Russia, and Ukraine... ...but Dixie is Home.

God has blessed me with great health, a loving wife, and six wonderful children ages: 28, 26, 25, 18, 16, and a 9-year-old. I left the Army Reserve with the rank of Major, Armor Branch, and later spent almost 15 years as a simulation contractor at Fort Benning. Now, I do humble work that does not utilize my MA Degree. I am a Methodist but not the best example of one. My hunting and fishing skills also leave much to be desired. Long-range pistol shooting is my strong suit. I roll my own (handload) 41 magnums as well as some other calibers.

The photograph of my wife was taken at the Metalogical Theatre in Alchevsk, Ukraine. The cinema was built by German POW labor and mirrors a cinema in Germany. The other pic of her was taken at Moscow's Red Square. The old bearded man is me at the Stop the Steal, January 6th rally in DC. The younger me with the motorcycle is during my El Salvador days as a cub reporter for Mario Rosenthal.

The Reagan pic shows my mother thanking him for his efforts in the pro-life cause. The young soldier with a G3 is a member of El Salvador's Guardia Nacional on duty in Usulutan. Click on the thumb to see the whole pic. 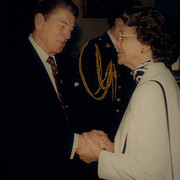 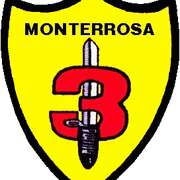 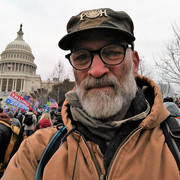 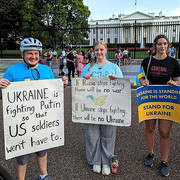 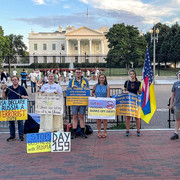 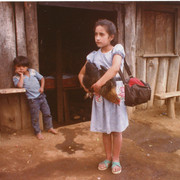 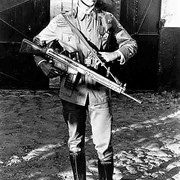 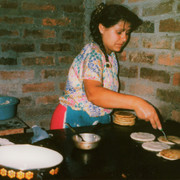 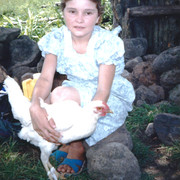 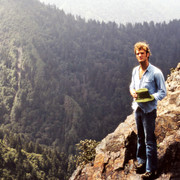 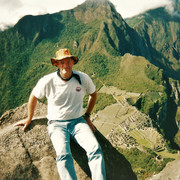 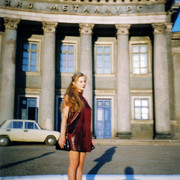 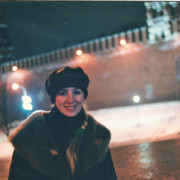 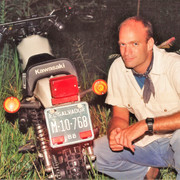 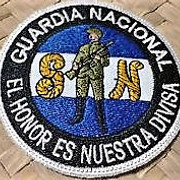 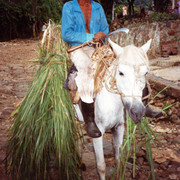 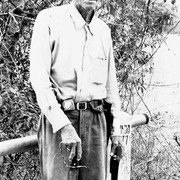 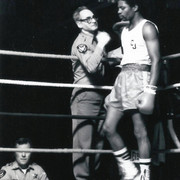 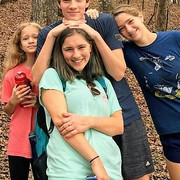 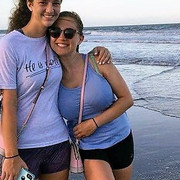 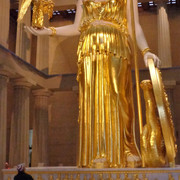 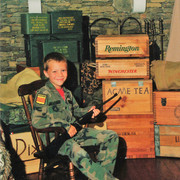 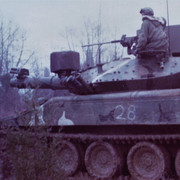 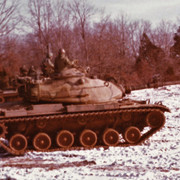 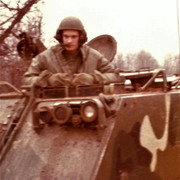 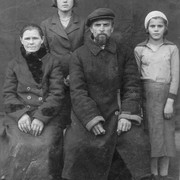 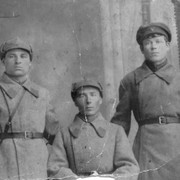