“Except the LORD build the house, they labour in vain that build it: except the LORD keep the city, the watchman waketh but in vain.” – Psalm 127.

The Lord Jesus Christ did not build the “conservative movement” house. Thus, it was a house built on sand, it fell and great has been the fall of it, a recent example of this fall being the “conservative movement’s” support for President of George W. Bush who has given us the most Godless, unconstitutional, debt-ridden, big spending Federal Government in our history.

Even though most of its “leaders” claimed to be Christians, the “conservative movement” was dead-on-arrival because, from the beginning, it’s political plan was Godless, against Christ, and ignored the Bible. This “movement” vainly imagined succeeding without honoring Christ, succeeding through bread-alone, flesh-and-blood-only-politics when God tells us the REAL battle is a spiritual war which must be fought in the full-armor of God (Ephesians 6:10ff).

An example of the Godlessness I allude to occurred when I was on Bill Buckley’s “Firing Line” program June 24, 1987. Referring to him having told Malcolm Muggeridge that he (Buckley) did not believe there was a Christian means of organizing society, I asked Bill: “Wouldn’t God’s Laws, wouldn’t the Laws of Christ be a means of organizing a society?” Buckley said: “No. No….The consent of the governed in societies ruled by the people is the ultimate source of authority.”

Alexander Solzhenitsyn was once asked how just a few Communists could take over his country when it had a thousand years of being Christian? He replied: “We forgot God.” The leaders of the “conservative movement,” politically-speaking, forgot God. They forgot that the Lord Jesus Christ is Lord over ALL, including politics. They forgot that He is King of kings, Lord of lords, with ALL power in Heaven and on earth. They forgot Psalm 2:12 commands: “Kiss the Son, lest he be angry, and ye perish from the way, when his wrath is kindled but a little. Blessed are all they that put their trust in him.”

I know all of what I say here is true because, from the inside, I ran with this “conservative movement” from the mid-1960s to 1980 when God, by His grace alone, raptured me from among this Christless crowd – something for which, literally, I will be eternally grateful.

To hear much more on this subject, please click here to hear the latest “The American View” radio show http://www.theamericanview.com/dictator/media/997/show_145.mp3

My statement to the author would be, "You are criticizing, but offering nothing concrete, just sand castles in the sky."

My question would be, "Just how would conservatism have been built along the lines you prescribe? What do you want?"

I prefer the former.

4 posted on 03/03/2008 2:05:15 PM PST by wideawake (Why is it that those who call themselves Constitutionalists know the least about the Constitution?)
[ Post Reply | Private Reply | To 1 | View Replies]
To: Jim Robinson 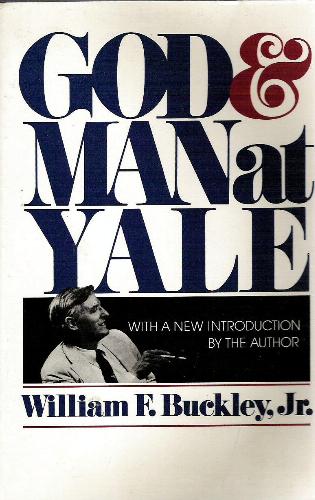 Ding ding ding. We have a winner.

6 posted on 03/03/2008 2:06:30 PM PST by wideawake (Why is it that those who call themselves Constitutionalists know the least about the Constitution?)
[ Post Reply | Private Reply | To 3 | View Replies]
To: jammer
My question would be, "Just how would conservatism have been built along the lines you prescribe? What do you want?"

Let's cut through the code language.

The author wants the Mackerel-Snapping Papists thrown out.

One of the most interesting and educational documents I’ve ever read was the Virginia Declaration, 1776.

SEC. 15. That no free government, or the blessings of liberty, can be preserved to any people, but by a firm adherence to justice, moderation, temperance, frugality, and virtue, and by frequent recurrence to fundamental principles.

SEC. 16. That religion, or the duty which we owe to our Creator, and the manner of discharging it, can be directed only by reason and conviction, not by force or violence; and therefore all men are equally entitled to the free exercise of religion, according to the dictates of conscience; and that it is the mutual duty of all to practice Christian forbearance, love, and charity toward each other.

A simple case of the Calvinist trashing the Catholic.

It happens every day.

Some have not just forgotten God but have sided with the fanatics in America who have declared war against God.

Or England under Oliver’s Army.

Several of the key players at NR in the early days were Catholic or were converts to Catholicism. They included Wilmoore Kendall, Russell Kirk, L. Brent Bozell, Jr., and Frank Meyer (converted on his death bed).

Not only fish-eating papists, but JEWS, like that Goldberg fella. Probably supported flouridation.

The repblic, and our civic duty, is Caesar's, and our principle of "separation of church and state" is there because politics corrupts religion.

19 posted on 03/03/2008 2:17:42 PM PST by Petronski (Nice job, Hillary. Now go home and get your shine box.)
[ Post Reply | Private Reply | To 5 | View Replies]
To: Jim Robinson
The aerospace industry, the interstate highway system, the internet, etc. are at least as "Godless" as Conservatism if not moreso.

So in what way is the conservative movement different that it should be DOA while these other major movements/institutions are still ongoing?