At a time when momentum and political pundits seem to favor Barack Obama winning the Democratic presidential nomination, other indicators suggest the LGBT community's support is still largely behind Hillary Clinton, except in Texas. And Texas is one of three large primary states remaining that pundits say Clinton must win in order to stay even with Obama in the contest to secure enough delegates to win the nomination.

The latest poll in Texas, conducted by CNN February 15-17 among 529 likely primary voters, found Clinton just two points ahead of Obama. A poll just a few days earlier, by the American Research Group, of 600 likely Democratic voters, showed Obama ahead by six points. Both polls had a four-point margin of error.

Even if the density of the gay population in Texas is half that of California – which an exit poll earlier this month put at 4 percent – it could make a difference.

Numerous efforts to get LGBT Clinton campaign staff on the phone or through e-mail during the past week to talk about their LGBT get-out-the-vote effort went unanswered. Meanwhile, several LGBT supporters for Obama were quick to respond and enthusiastic about their activities in Texas and Ohio, both of which hold primaries March 4.

"I'm living and breathing it," said Eric Stern, a former head of the National Stonewall Democrats group who supported Democrat John Edwards until he dropped out last month. Stern says he has been "tasked" by the Obama campaign to "create and lead LGBT steering committees in Ohio and Texas." Stern and a small group of LGBT volunteers are planning events in cities with large gay populations in both states – not to raise money for Obama, said Stern, but "just to talk to LGBT voters about why to support Obama."

In the once three-way race among Clinton, Obama, and Edwards, Edwards ran first in Texas in terms of contributions raised in heavily gay Zip codes, followed by Obama in second, and then Clinton. The latest Federal Elections Commission report shows Obama with only a small advantage over Clinton in gay-dense Zip codes in Texas – 52 percent versus 48 percent.

But Texas continues to stand in stark contrast to most gay-heavy Zip codes around the country, where 58 percent of the contributions have gone to Clinton and 42 percent to Obama. And all these variables seem to both contribute to and reflect the constantly shifting fortunes in this historically significant and volatile race.

Most political pundits say neither candidate can reach the necessary 2,025 delegate mark through the remaining primaries and caucuses. So much attention in the Democratic Party – including that of the National Stonewall Democrats – has shifted to superdelegates. Those are the Democrats either elected to public offices or serving on various Democratic Party committees who have 796 of the 4,049 votes expected at the convention (assuming delegates from Florida and Michigan are not seated). Stonewall last week released a list of 22 superdelegates who have self-identified as LGBT.

According to various media head counts, about 300 of the 796 super delegates have not yet announced who they will support for the nomination. And, seven of those 300 are openly LGBT super delegates.

So, if the nomination comes down to superdelegates – as many political pundits speculate it will – then the contest for superdelegates would have to be neck-in-neck for seven LGBT politicos to make the differ Hillary Clinton, seen here in San Francisco, needs to regain momentum heading into the March 4 primaries in Texas and Ohio. Photo: Jane Philomen Cleland ence.

Apparently, it could. Democratic party leaders are increasingly voicing a sense of urgency that the nomination not come down to a split over superdelegates, but the Clinton and Obama camps appear to be in fierce disagreement over how to interpret various party rules that affect the delegate count. For instance, Clinton thinks the party should suspend its rule that the delegates from Florida and Michigan not be seated at the convention (because those states ran primaries at dates contrary to party instructions). Why? Clinton's been winning the big states. And, Obama wants to suspend the rule that provides for superdelegates to make an independent judgment of who to support and, instead, force them to vote as their state or congressional district has voted. Why? Clinton is significantly ahead in lining up superdelegate support – even in states where Obama won the popular vote.

The latest New York Times count says Clinton has 204 superdelegates to Obama's 99. And according to Stonewall Democrats, that trend is true among LGBT superdelegates. Of the 15 LGBT superdelegates who have taken sides, 13 support Clinton and two support Obama. One of those supporting Clinton is Mirian Saez, who was at a Clinton get out the vote rally in the Castro last month in advance of Super Tuesday. Saez is a member of the Democratic National Committee.

Party rules prevent Buckley, Hardt, and Tobias from endorsing a candidate. Buckley said that New Hampshire party rules preclude him from announcing an endorsement. Tobias, national treasurer for the DNC, has a similar restraint. Buckley also said that he has to support whoever is chosen by the convention and he doesn't think the party will allow the fight to go down to the convention in August.

Dixon, as vice chair of the Oregon Democratic Party, isn't required to remain neutral by his state party rules, but – for political reasons – it behooves him to remain neutral even though he has made up his mind. He said he would remain neutral at least until the votes have been counted in Oregon's May 20 mail-in balloting.

Migden acknowledges having "voted with vigor for one of the two candidates" during California's February 5 primary. But Migden said how she will vote as a superdelegate will be about what is best for the Democratic Party and she doesn't expect to announce a decision before July.

Chappelle-Nadal has not yet committed to a candidate, and could not be reached before deadline.

Rae, at 21, is believed to be the youngest superdelegate and is among the most publicized. He's been the subject of numerous television and newspaper profiles, mostly because his support has been courted in small group meetings by both candidates and in phone calls from such powerful figures as former President Bill Clinton and former Secretary of State Madeleine Albright.

Rae's status as a superdelegate comes from his position – elected – as a Wisconsin representative on the DNC. Although he did an internship at the Gay & Lesbian Victory Fund in 2006, he's only recently come out to his parents (last weekend), and he doubts that any of these officials were aware he is gay when he met them. LGBT issues matter to him, but in his conversations with them, he was more focused on general electability issues and getting out the youth vote.

Although he did mail in his absentee ballot last weekend, he still hasn't decided who to vote for as a superdelegate because "I like both of them really well."

The other number crunch

Some LGBT leaders believe gay voters can still make a difference at the primary ballot box.

John Marble of National Stonewall Democrats noted that the organization has 10 chapters in Texas and Ohio and that the LGBT community in both states is "fairly organized." Noting that a recent exit poll in California and New York showed lesbian, gay, and bisexual voters were 4 percent and 7 percent of the electorate, respectively, he said he expects the numbers in Texas and Ohio to be "sizeable."

In the past eight primaries, Obama has beaten Clinton by margins far greater than 4 percent to 7 percent, but the latest polls in Texas and Ohio suggest these contests will be decided by more narrow margins.

There's another variable, too. Ordinary delegates are awarded not only based on which candidate wins the state, but based on who wins the congressional district. That means congressional districts with heavily gay populations can influence the outcome in those districts. Patrick Shepherd, an Ohio gay activist supporting Obama, said the Buckeye State has "substantial" LGBT populations in Cleveland, Columbus, and Cincinnati, and "solid" communities in Toledo, Akron, and Canton.

In Texas, Dallas, Houston, and Austin have strong LGBT communities, too.

Human Rights Campaign national field director Martin Rouse said, "The difference between one or two delegates in this election could make a difference." And the LGBT vote will play a role, he said, "because it's that close."

Of course, the impact of these highly concentrated clusters of LGBT voters presupposes the community is behind one candidate, not split between two. Most of the available evidence still suggests that most of the LGBT community is backing Clinton. An exit poll on February 5 found that 63 percent of lesbian, gay and bisexual voters in California and 59 percent in New York supported Clinton. In heavily gay neighborhoods which have already held primaries and which have results available, Clinton has had an edge. (She won in South Beach, Key West, and Provincetown precincts, while Obama won in Chicago, Boston, and Northampton, Massachusetts.) An LGB consumer Web site survey conducted in November found likely LGB Democratic voters favored Clinton 63 percent to Obama's 22 percent. And campaign lists of LGBT leaders who have endorsed the candidates show Clinton the clear favorite of most.

"Lists are great," said Obama supporter Stern, "but they don't mean anything unless the campaign is making a concerted effort to make sure they're including the LGBT community in every aspect of the campaign."

So will they vote for the lesbian or for the guy in the back of the limo? 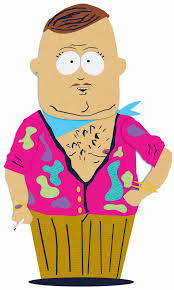 Well, I’d really like to know how the two candidates will appeal to the lesbian illegal immigrant elderly drug-addicted minority welfare-dependent superdelegates. Because, you know, that’s a big demographic there.

As THUPERDELEGATES-THUH, I wonder if any of them are allowed to be on obama's staff?

Queer super delagates.. WHAT a concept..

When they get wind of Larry Sinclair, they will be sashaying to the Obama camp.

The headline was all I had to read to enjoy a REALLY good laugh. Those wacky Dems.

Typical “gay” attitude. It’s all about them.

However, I did learn something. I didn’t realize that there were “gay” zipcodes.

And would you want to live there?

What else would he be doing?

What is LGBT? I thought editors forbade the use of acronyms without a definition at the first instance of said acronym.

78704. I don’t know about now, but twenty years ago that was a totally gay zip code.

Just when I think this election can’t get any stranger.

With Edwards out of the race, Obama’s got it.

other indicators suggest the LGBT community’s support is still largely behind Hillary Clinton...
-