Wooly mammoths, giant sloths, saber-toothed cats, and dozens of other species of megafauna may have become extinct when a disintegrating comet or asteroid exploded over North America with the force of millions of hydrogen bombs, according to research by an international team of scientists.

The blast, which the researchers believe occurred 12,900 years ago, may have also doomed a mysterious early human culture, known as Clovis people, while triggering a planetwide cool-down that wiped out the plant species that sustained many outsize Ice Age beasts, according to research published online yesterday in the Proceedings of the National Academy of Sciences.

TOPICS: Culture/Society; Miscellaneous; Philosophy
KEYWORDS: catastrophe; catastrophism; clovis; clovisimpact; comet; extinction; godsgravesglyphs; impact Navigation: use the links below to view more comments.
first 1-20, 21-40, 41-55 next last
If this stuff happens only once every 1,000,000 years, as we are are repeatedly told -- isn't it strange that it seems to have happened only 1-100th of that length of time in our past? Things can extraordinarily rare -- or extraordinarily recent -- I have trouble believing both.

Its time to reevaluate the threat from space.

2 posted on 09/25/2007 7:00:07 PM PDT by Rodm (Seest thou a man diligent in his business? He shall stand before kings)
[ Post Reply | Private Reply | To 1 | View Replies]
To: baynut
"Wooly mammoths, giant sloths, saber-toothed cats, and dozens of other species of megafauna may have become extinct..."

My wife, as luck would have it, managed to survive.

The flood, obviously. So much time and energy is wasted trying to refute what is obvious.

The Burckle impact crater in the Indian Ocean created gigantic tsunami waves, that pushed megatons of seafloor up onto Madagascar. The vaporized ocean probably made it rain for weeks far away from the crater. Anyone close to the Indian Ocean would have been killed, and many people would have perished in the weather that followed the impact.

It would have been about 6000 years ago, just about right for the Flood.

Or they could have been killed off by global warming. Or maybe it was Bush’s fault. Or then there is the real possiblility that they were killed off by a flood.

Chicken little was right.. The sky is falling.

All of the Clovis people are here in Miami.

But how could it possibly have been Bush’s fault ... but then ... no that would be too crazy ... what if Bush had access to a time machine and ...

Good thing we know how to fight off ice ages now. /semisarc

On average... over eons.  Extinction events aren't like John Kerry or Slow-Joe Biden saying something stupid, occurring on a predictable schedule. A comet hits sometimes every 12,000 years, sometimes every  3.86521478 million years.

To get a sense of time... Stretch your arms out.  This is represents the timeline of earth's ~4.5 billion-year  history.  The distance from your left fingertips to the wrist of your right hand represents the pre-Cambrian (pre-complex-life) period.   All complex life on earth exists in the time represented by your right hand.  And "in a single stroke with a medium-grained nail file you could eradicate human history."*

* John McPhee "Basin and Range" as contained in... 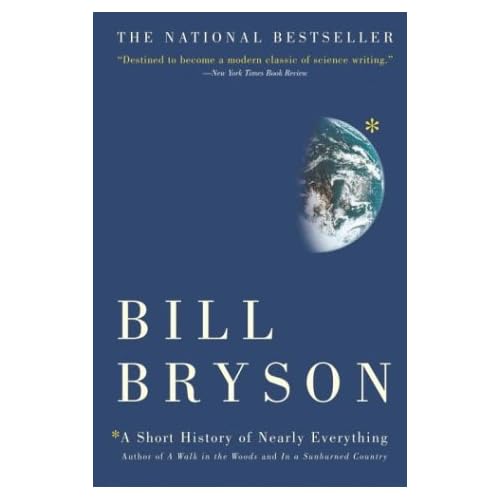 And, yes, I believe in God... and comets, and asteroids, and meteors.

How come there is no sign of this major cooling in the Vostok data?

17 posted on 09/25/2007 8:27:34 PM PDT by expatpat
[ Post Reply | Private Reply | To 1 | View Replies]
To: DBrow
God could have easily caused the impact and worldwide super rain storm- proof that the Bible is again correct. Noah and his family were warned and survived. You don’t have to discount science when reading the Bible, and you don’t have to discount God when reading science.

Or a meteor could have caused the flood and men wrote about it. One such book that contains the story is the Bible. The Bible is a book written and printed by men. That we know.

“But no, they just can’t bring themselves to believe in God. “

I believe in God and believe the earth is a few billion years older than 6,000.