According to a February 1, 2007 report by the Traditional Values Coalition (TVC), Maria Vanderslice, a 1997 graduate of Earlham College and head of the 2 year-old PR firm called Common Good Strategies, has much to do with recent Democrat Party success in wooing Christian voters. Vanderslice has been working behind the scenes to help Democrats convince Christians that they should vote for Democrats of “faith”.

Like many Democrat efforts to sway voters and stem the large numbers of political losses suffered by liberals until the past elections, this “faith” initiative is rotten from the core and built on typical Democrat lies, distortions and Trojan horse tactics.

I Just Met a Marxist Named Maria: TVC and other groups have looked into Vanderslice’s background, and what they found would make Lenin proud. She was a former intern with Jim Wallis’ Sojourners Organization, a far-leftist “Christian” group attempting to convince moderate or conservative Christians that Democrat policies are best for achieving “social justice”.

She was a member of the Earlham Socialist Alliance while in college. This group supports the release of convicted cop killer Mumia Abu-Jamal and embraces Marxist-Leninist political views.

Vanderslice claims to come from progressive political and spiritual (but not religious) roots.

"Democrats hope to hijack the brand of Christianity that has served this nation so well for so long and dress it up in socialist garb. They hope to sell Marxist ideas with token Scriptural references."

She has been involved in rallies held by the radical homosexual group ACT-UP and protests against the World Trade Organization, the International Monetary Fund and The World Bank.

Even a cursory look at this woman’s background and causes reveals that her “faith” lies closer to Marx and Lenin than anything Christians believe in. It is clear that her “progressive” brand of Christianity is nothing but Marxism dressed as religious belief. She may be well qualified to advise Democrats on faith because their brand of faith is a brew of Marxist, secularist and atheistic philosophy concealed under a pathetic coat of patronizing Christian lip service.

She is a dangerous and sinister enemy of orthodox Christianity and no voter who even remotely believes in such Christianity should ever vote for any candidate who dares to call her an advisor on anything having to do with faith.

Unfortunately, all of Vanderslice’s 2006 clients won their respective elections in 2006. Her group has worked with the Democrat Senatorial Campaign Committee, Senator Bob Casey, Ohio Governor Ted Strickland, the Kansas Democrat Party and others.

Election results clearly show that many Christian voters were duped into voting for “Democrats of faith” in 2006, and there is no sign that this trend will not continue and even increase in the future.

I have said it before and I will repeat it in this piece. Democrats only have faith in their deceptive tactics. They only believe in their radical, socialist views. They have either deluded themselves or perfected the deception that one can support abortion, radical views on marriage and the family, stem cell research and obliteration of religious thought and beliefs from the public forum and still be a true Christian.

No matter how many times Democrats like Barack Obama, Hillary Clinton, Nancy Pelosi, John Kerry or Howard Dean mention the Bible or talk about faith, their radical positions on such things as abortion, traditional family and stem cell research reveal where their true allegiances lie and, remember, Democrats themselves do not like mentioning God in their allegiances.

Republicans surely have no more a monopoly on virtue than Democrats have on vice. Both sides have their share of sinners and people who at least try to do good. However, make no mistake about the fact that Democrats view religion and faith as a commodity to be won through marketing if not quality, by deception if not honesty and by spin if not consistency.

It is bad enough that Democrats are using marketing tactics to sell voters the lie that they care one ounce about faith. The only reason that Democrats even mention faith these days is because they now know that, unless they lie, no true faith voter would ever vote for their radical views. It is bad enough that Democrats twist Christian views on helping the poor and fighting injustice into weapons of persuasion to gain votes. The only reason that Democrats ever mention the voiceless in this society is because they thrive on pretending to be crusaders for the weak and small, even as they defend, promote and demand the right to murder the weakest and smallest in this society, the unborn.

Democrats hope to hijack the brand of Christianity that has served this nation so well for so long and dress it up in socialist garb. They hope to sell Marxist ideas with token Scriptural references.

Above all, they pretend to tell us how to believe in a God they have never stopped trying to banish from our society.

Anyone seeking to find the Democrat brand of Christianity need only look at one of its most prominent purveyors, Maria Vanderslice. This “spiritual advisor” of Dean and Kerry has combined her Marxist roots with cafeteria Christianity to form her own rag-tag brand of faith. She now works to sell that diluted, distorted and deceptive faith to Christian voters using slick marketing ploys.

Let us pray that liars like Vanderslice and her ilk will not succeed in deceiving enough Christian voters to vote for Democrat faith pretenders. Let us hope that these voters realize before it is too late that true Christianity does not need slick PR firms to prove its points and sell its ideas.

As for Vanderslice, let us pray that voters will realize that the bearded man she worships was bald and spoke Russian.

Gabriel Garnica, Esq., is a college professor and licensed attorney whose regular commentary also appears on Chronwatch, The Daley Times-Post, and Michnews. After a friend joked that 99% of Latino New York City college professors were liberals, Gabriel briefly considered taking the hip-hop nickname One Percent.

TOPICS: Culture/Society; Editorial; News/Current Events; Philosophy
KEYWORDS: baloney; democrat; faith; vanderslice
"... they [the democrats] pretend to tell us how to believe in a God they have never stopped trying to banish from our society."

"... the bearded man she worships was bald and spoke Russian."

Why, the rats are full of faith [the contents of that faith is another question]. More, some of them are highly spiritual, flammable even - just look at ted kennedy [blood level 86 proof], and you need not look any further.

Democrats do have faith--in Allah.

It seems to me that for all the religiosity of Americans, many are quite ignorant.
4 posted on 02/07/2007 5:40:36 PM PST by rmlew (It's WW4 and the Left wants to negotiate with Islamists who want to kill us , for their mutual ends)
[ Post Reply | Private Reply | To 1 | View Replies]
To: CyberAnt
You can't be a Christian and support abortion.

You can call yourself a Christian. But you can't be a Christian and support abortion. Democrats support an agenda which is against God in every way conceivable. They worship death.

The Greek word for "I pick, I choose" is Hai-raeo (Hi-ray-oh) Its the source of the word "Heresy". You pick what you want, you ignore the body of writings and tradition handed down by the Apostles. Not belief, just an "interest" in whatever supports her real religion. 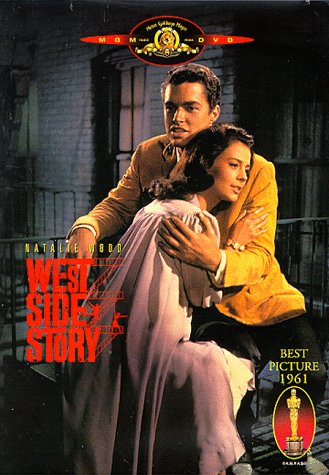 I believe Jesus called it, "whatever tickles the ears".

Yes they do .. and that includes euthenasia.

Check out Paul in Timothy. Looked ahead to the time when men would discard sound doctrine preferring to "have their ears tickled". He told Timothy to hold fast to that which I have handed down to you and provides a short list of what that was.

I don't think this woman cares about having her ears tickled. I think she wants to figure out how to tickle the ears of Christians to get them to concur with her world view.