The "science is settled" camp, much the larger of the two, includes many eminent scientists with impressive credentials. But just who are the global warming skeptics who question the studies from the great majority of climate scientists and what are their motives?

Many in the "science is settled" camp claim that the skeptics are untrustworthy -- that they are either cranks or otherwise at the periphery of their profession, or that they are in the pockets of Exxon or other corporate interests. The skeptics are increasingly being called Deniers, a term used by analogy to the Holocaust, to convey the catastrophe that could befall mankind if action is not taken. Increasingly, too, the press is taking up the Denier theme, convincing the public that the global-warming debate is over.

In this, the first of a series, I examine The Deniers, starting with Edward Wegman. Dr. Wegman is a professor at the Center for Computational Statistics at George Mason University, chair of the National Academy of Sciences' Committee on Applied and Theoretical Statistics, and board member of the American Statistical Association. Few statisticians in the world have CVs to rival his (excerpts appear nearby).

Wegman became involved in the global-warming debate after the energy and commerce committee of the U.S. House of Representatives asked him to assess one of the hottest debates in the global-warming controversy: the statistical validity of work by Michael Mann. You may not have heard of Mann or read Mann's study but you have often heard its famous conclusion: that the temperature increases that we have been experiencing are "likely to have been the largest of any century during the past 1,000 years" and that the "1990s was the warmest decade and 1998 the warmest year" of the millennium. You may have also heard of Mann's hockey-stick shaped graph, which showed relatively stable temperatures over most of the last millennium (the hockey stick's long handle), followed by a sharp increase (the hockey stick's blade) this century.

Mann's findings were arguably the single most influential study in swaying the public debate, and in 2001 they became the official view of the International Panel for Climate Change, the UN body that is organizing the worldwide effort to combat global warming. But Mann's work also had its critics, particularly two Canadians, Steve McIntyre and Ross McKitrick, who published peer-reviewed critiques of their own.

Wegman accepted the energy and commerce committee's assignment, and agreed to assess the Mann controversy pro bono. He conducted his third-party review by assembling an expert panel of statisticians, who also agreed to work pro bono. Wegman also consulted outside statisticians, including the Board of the American Statistical Association. At its conclusion, the Wegman review entirely vindicated the Canadian critics and repudiated Mann's work.

Wegman found that Mann made a basic error that "may be easily overlooked by someone not trained in statistical methodology. We note that there is no evidence that Dr. Mann or any of the other authors in paleoclimate studies have had significant interactions with mainstream statisticians." Instead, this small group of climate scientists were working on their own, largely in isolation, and without the academic scrutiny needed to ferret out false assumptions.

Worse, the problem also applied more generally, to the broader climate-change and meteorological community, which also relied on statistical techniques in their studies. "[I]f statistical methods are being used, then statisticians ought to be funded partners engaged in the research to insure as best we possibly can that the best quality science is being done," Wegman recommended, noting that "there are a host of fundamental statistical questions that beg answers in understanding climate dynamics."

In other words, Wegman believes that much of the climate science that has been done should be taken with a grain of salt -- although the studies may have been peer reviewed, the reviewers were often unqualified in statistics. Past studies, he believes, should be reassessed by competent statisticians and in future, the climate science world should do better at incorporating statistical know-how.

While Wegman's advice -- to use trained statisticians in studies reliant on statistics -- may seem too obvious to need stating, the "science is settled" camp resists it. Mann's hockey-stick graph may be wrong, many experts now acknowledge, but they assert that he nevertheless came to the right conclusion.

To which Wegman, and doubtless others who want more rigourous science, shake their heads in disbelief. As Wegman summed it up to the energy and commerce committee in later testimony: "I am baffled by the claim that the incorrect method doesn't matter because the answer is correct anyway. Method Wrong + Answer Correct = Bad Science." With bad science, only true believers can assert that they nevertheless obtained the right answer.

THE CV OF A DENIER

Edward Wegman received his Ph.D. degree in mathematical statistics from the University of Iowa. In 1978, he went to the Office of Naval Research, where he headed the Mathematical Sciences Division with responsibility Navy-wide for basic research programs. He coined the phrase computational statistics, and developed a high-profile research area around this concept, which focused on techniques and methodologies that could not be achieved without the capabilities of modern computing resources and led to a revolution in contemporary statistical graphics. Dr. Wegman was the original program director of the basic research program in Ultra High Speed Computing at the Strategic Defense Initiative's Innovative Science and Technology Office. He has served as editor or associate editor of numerous prestigious journals and has published more than 160 papers and eight books.

TOPICS: News/Current Events
KEYWORDS: algoreisaputz; climatechange; deniers; globalwarming; lawrencesolomon; statistics; wegman Navigation: use the links below to view more comments.
first 1-20, 21-30 next last
Part 1 of a 10 part series. I believe that although Part 1 may have been written last year, this is the first time it's been published. Also, I did a search and it hasn't been posted.

This article is very important because it proves what sloppy scientists the top people are in the global warming movement.

Thanks for the post. I've read some of the articles in the series, but not this one; I did read McIntyre and McKitrick's work when it came out. I've thought for years that the science was settled - anthropogenic global warming is BS, but these turkeys aren't going to shut up till they've sustained some post mortem cooling, or their money gets cut off.

thanks for posting this, it looks like it will be a very interesting series! :)

Wonder when the New York Times will report that all their fear mongering is based on bad scinece.

7 posted on 02/05/2007 1:55:17 AM PST by Recovering_Democrat (I am SO glad to no longer be associated with the party of Dependence on Government!)
[ Post Reply | Private Reply | To 1 | View Replies]
To: LibWhacker
" Mann's hockey-stick graph may be wrong, many experts now acknowledge, but they assert that he nevertheless came to the right conclusion." 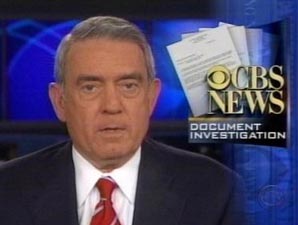 The left don't actually give a rat's @$$ about the planet (eg. just look at Gore's lifestyle) and don't believe in this junk science any more than we do. To them global warming, sympathy for Islamic terrorists, multiculturalism, PC, anti-globalization, anti-Christianity are all the same. They're all a means to one end -destruction of capitalism and Western culture.

Very good point. If the planet were really in imminent danger of collapse, the global elites would be willing to give up their private jets and Hummers and take the bus to save civilization for their children and grandchildren. But since it's always someone else, like average Americans, who are supposed to make all the sacrifices, I know it has to be B.S.

When Hillary Clinton, Al Gore, John Edward and the like start living like Ed Begley, Jr., I'll believe it's real. Until then, it's just another socialist scheme to take our freedoms away.

12 posted on 02/05/2007 3:34:53 AM PST by xcamel (Press to Test, Release to Detonate)
[ Post Reply | Private Reply | To 1 | View Replies]
To: LadyNavyVet
Given the face of any disaster, including one undeniably tied to snob politician use of private jets, mass consumption of fuel and vehicles, and opposition to alternative energy sources, the snobs would say that their mission is too important to worry about some negligible effects on the environment.

In other words, they'll never stop. They are too important to fly coach.

Excellent post. I've already visited the site and I'm going to print out all the articles for my own reference, but I hope you post all ten of them here. I'll be one of the people bumping them.

14 posted on 02/05/2007 3:44:42 AM PST by sig226 (See my profile for the democrat culture of corruption list.)
[ Post Reply | Private Reply | To 1 | View Replies]
To: LibWhacker
Wegman is demonstrating that old canard - "figures don't lie, but liars figure". That's why they don't want statisticians involved - they'll point out the statistical manipulation and misrepresentation that goes on.
15 posted on 02/05/2007 4:13:04 AM PST by Kay Ludlow (Free market, but cautious about what I support with my dollars)
[ Post Reply | Private Reply | To 1 | View Replies]
To: LibWhacker
The below link is a detailed article which discusses CO2 and its affect in the global warming debate. The article is lengthy and detailed. But it does discuss the problem with the models that predict global warming as a result of increased CO2 levels. They have to make assumptions (that his article points to data showing as incorrect) to get the increase in global warming caused by greenhouse gases

The computer models on which forecasts of global warming are based predict that tropospheric temperatures will rise at least as much as surface temperatures (14). Because of this, and because these temperatures can be accurately measured without confusion by complicated effects in the surface record, these are the temperatures of greatest interest. The global trend shown in figures 5, 6 and 7 provides a definitive means of testing the validity of the global warming hypothesis.

Figure 8: Tropospheric temperature measurements by satellite MSU for North America between 30º to 70º N and 75º to 125º W (dark line) (17, 18) compared with the surface record for this same region (light line) (24), both plotted with 12-month smoothing and graphed as deviations from their means for 1979 to 1996. The slope of the satellite MSU trend line is minus 0.01 ºC per decade, while that for the surface trend line is plus 0.07 ºC per decade.

Excellent. However, I would argue that while it is great that a fully qualified expert has passed judgment, i.e., a death sentence, on the fallacies of the Mann "hockey stick", his basic conclusions were reached by others primarily on the basis of gross measurement errors associated for all periods prior to satellites - namely 950 of the prior 1000 years! Everyone knew this as a piece of commonsense - except the fanatics ignored it.

I do note with interest one other neat aside in Prof. Wegman's conclusions: He argues for increased employment of PhD level Statisticians on government funded climate studies!! As I have said before, "follow the money."

I just checked out the other 9 articles. Solomon has done an excellent job putting together the basis for a more reasoned and informed debate. I particularly like the one on Mars, but I will not steal your punch line. Thanks for the great find.

The whole GW debate reminds me of what was reputed to be the world's funniest joke: The one about Sherlock Holmes and Dr. Watson and a camping trip - except the punchline is now - its the Sun you damned fool!

The world is flat, dammit!

If they really believe this, they have the moral duty to commit suicide. I believe Al Gore has four children. Think of the damage they're doing to the planet.