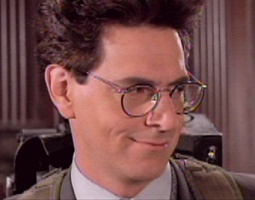 I was born and escaped from California. I lived in South Dakota for several years. I've been in Minnesota for the past ten years. Not quite a frying pan to the fire move...but close!

I'm an independent contractor, a new father, a learning pilot, and a would-be CCW holder (if I can get it past the budget committee!)

The most complex undertaking I've ever endeavored is to try to put PJs on my 6mo. old son when he's not tired. The biggest joy is seeing his grin when I finally accomplish this task, as if to say, "That was fun for me! How was it for you?"

I am NOT a troll.

DISCLAIMER
I've been told I should post a disclaimer. Here it is: My wife is employed by Target Corporation. I am currently under contract there. As such, I suppose I feel a certain loyalty, as well as an admiration for this company. In the current situation between Target (and a growing number of corporations) and the Salvation Army, I tend to believe that these companies are, unfortunately, in a somewhat untenable situation.

I believe there are solutions (tort reform maybe, or ceasing corporate charities altogether) that will ease the situation. I don't believe boycotts will accomplish anything but a rhetorical, "you guys suck!" band-aid.

I've been told that, because of this "bias", my views are not relevant and have no place on threads discussing this issue. I tend to disagree. For more peoples' take on this issue, as well as the discussion that led me to decide to post this disclaimer, start with this thread: http://www.freerepublic.com/focus/f-news/1305946/posts

ANOTHER DISCLAIMER
I am not Harold Ramis. I am not Egon. Egon is my handle here. I don't claim to represent the politics, religion, or views of Harold Ramis-- I, quite frankly, have no idea what those would be (although I could probably take a guess.) I have been a fan of Mr. Ramis' work for many years. I was nicknamed "Egon" in high school, shortly after the movie came out, and it has stuck ever since. I mean no plegiarism, copyright infringement or anything nefarious by the name's use.

If you're reading this, Mr. Ramis, I'd like an autographed picture of you to hang next to the David Cassidy poster above my bed... nevermind.